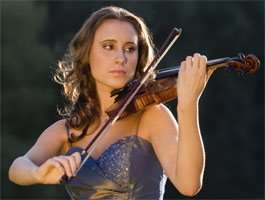 The Proms Chamber Music series is marking the 150th-anniversary of Debussy’s birth with performances of his major instrumental works. Here was a chance to enjoy the sonatas for violin and for cello, both with piano accompaniment, two of a projected series of six sonatas that the composer did not live to complete (the only other piece being the work for flute, viola and harp).

The Violin Sonata of 1917, very nearly Debussy’s final work, speaks of the anguish of war in addition to the composer’s own difficult personal circumstances – he was in the advanced stages of cancer at the time. It is therefore a tough nut to crack for young musicians such as Jennifer Pike and Igor Levit. Both artists were ‘in tune’ with the wide range of colours available to them, particularly Pike, who followed Debussy’s directions carefully while also inserting some of her own – portamento here or rubato there. The former worked well but the latter fragmented some of music’s concision. The power of Debussy’s sudden outbursts was always recognised, however, and the closing bars of the second movement crackled with tension, Levit barely touching the final ‘G’. Technically the execution was superb – an authoritative interpretation despite the occasional quirks – though it did not fully probe the depths of the composer’s anguish. 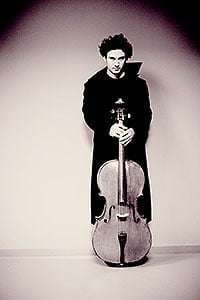 Levit and fellow BBC New Generation Artist Nicolas Altstaedt then gave a fiery performance of the Cello Sonata. Altstaedt has a performing style that might exasperate a teacher or two, with instances of sitting almost side-saddle, leaning back expansively on his chair or looking far out of the window – while performing. What was never in doubt, however, was his total commitment to the music, nor that of Levit – and the two had a captivating ‘give and take’ in the ‘Sérénade’. The piano sound was somewhat brittle at times, and there were some exaggerated and occasionally aggressive sweeps from the cellist in the faster music, but this was a passionate interpretation borne of a clear admiration for Debussy’s remarkable writing. 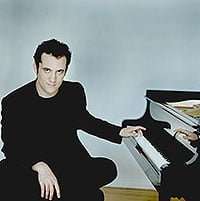 The three players came together for a thoroughly convincing account of Ravel’s Piano, published a year before Debussy’s Cello Sonata in 1914. Pike and Altstaedt worked together particularly well in the unison passages, of which the opening movement gave several sweetly-toned examples. The second movement (‘Pantoum’) was delivered with considerable panache, Levit finding impressive levels of detail, though in the louder music his was the dominant instrument, overpowering the string lines in the climax of this and the finale. However in the third movement (a passacaglia) the balance and mood were just right, the composer’s directions followed to the letter, and the closing piano notes were played with a moving sensitivity. The players’ appreciation of this wonderful music was abundantly clear.