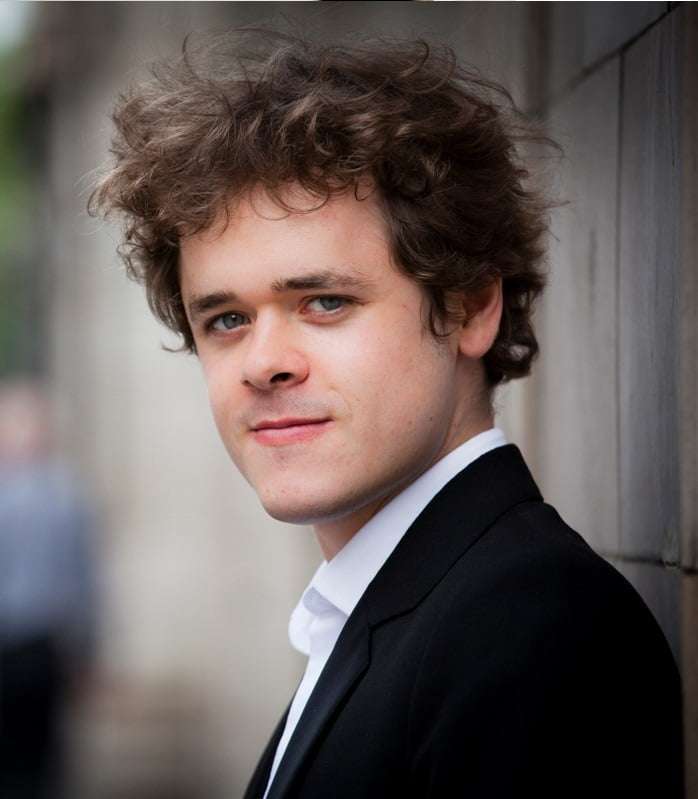 Benjamin Grosvenor opened this lunchtime Prom with Chopin’s G minor Ballade, immediately commanding and then tender, but becoming somewhat literal at times if with an impressive if angular cutting-loose when needed. However the whole didn’t quite add up, suggesting that Grosvenor (for all his early and continuing success, he is now 22) remains an artist slightly in the wings, needing to shake off suggestions of still being a (very) advanced and talented student. (Refreshing though that he was not using this recital merely to display his latest Decca release, Dances, from which he played nothing.) That he didn’t entirely make Chopin his own, or indeed the composer his total self, was also suggested in the Ravel, which while luminously sounded, if with a clangy treble at fortissimo, needed more impressionist mist, a ‘smoke and mirrors’ approach, despite the sensitivity of touch and phrasal shapeliness on offer… the percussive opening could have done with more colour.

Between Chopin and Ravel came pieces by Frederic Mompou, three independent Landscapes (respectively composed in 1942, 1947 and 1960). Whether ‘The Fountain and the Bells’, ‘The Lake’ or ‘Chariots of Galicia’, Mompou’s music is fastidiously crafted, often inward and distant, yet with sensuality through its chord colours and inviting harmonies, which enjoyed Grosvenor’s depth of feeling and delicately variegated approach. He might though have held a longer silence at the end of the trio and gone straight into the Ravel, for the ensuing applause really grated after such refinement…

Judith Weir’s new piece, Day Break Shadows Flee, contrasts light and dark, fast and slow, described by the composer as a “two-part invention of chromatic opposition”, yet the pianist’s two hands need to display “teamwork”. It opens with bell-like pealing, and over its course the piece suggests itself as a restless mediation or an interrupted toccata, and becoming more arresting and personal towards the abrupt close; earlier the music may have passed as a Debussy Etude (but not a Prélude) or something by Tippett (his figurations and resonance were strongly felt). Over its eight-minute course (neither the suggested 12 nor Weir’s own 10), Grosvenor was a dedicated guide to a piece that intrigued and well-worth a Listen Again.

Grosvenor ended with Liszt’s inimitable re-working of the familiar ‘Waltz’ from Gounod’s opera-version of Faust. After a ‘vamp-till-ready’ and full-blooded statement of the Frenchman’s dancing strains, Liszt presents a metamorphosis, the waltz in disguise, stage action and footlights replaced by Liszt’s re-creative imagination. It went on a while, mind, but for an encore Grosvenor played his trump card, a dazzling rendition of one of Ernö Dohnányi’s Concert Studies, complete with devilish crossing of hands, consummately brought off.