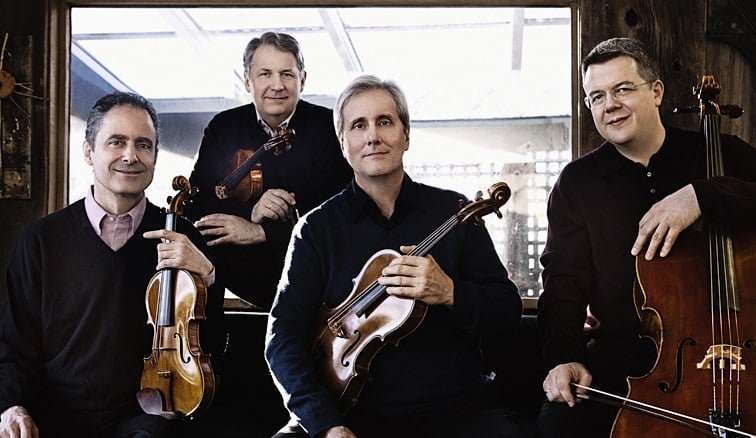 Perhaps it’s something to do with the run up to Labor Day in America (first Monday of September), but Philip Setzer – leading the Emerson String Quartet at the penultimate Proms Chamber Music recital at Cadogan Hall – followed MTT and his San Francisco Symphony in cracking a joke introducing an encore. Where MTT the previous evening had made as if to restart Mahler’s First Symphony, giving the downbeat for the strings’ octave As – then turning to the audience to remark “only kidding” – Setzer announced that if they didn’t play their encore now then Radio 3 would be late with the weather.

Recent Emerson cellist – Paul Watkins – then announced we’d hear Dvořák’s ‘Scherzo-Furiant’ from his Piano Quintet in A (Opus 87), with Setzer adding quizzically “I didn’t know that!” That impish merriment was catching as the audience applauded after the end of the first Scherzo section, forgetting, or not knowing, that a Trio and repeat of the Scherzo follows. The Emerson members and Elisabeth Leonskaja didn’t forget. It was a fitting encore to the Quartet’s Proms debut on the eve of its 40th-birthday next year – and a welcome return to Leonskaja, who before her Mozart performance with the Royal Philharmonic Orchestra twelve days earlier hadn’t been to the Proms since 1987. 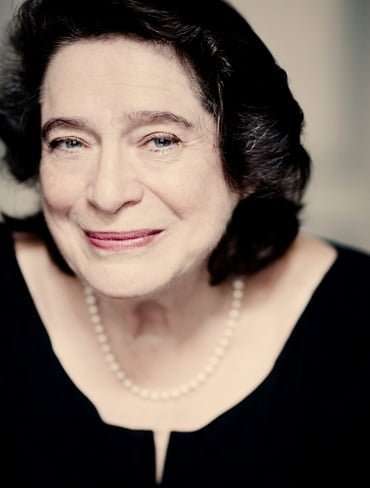 This lunchtime recital had opened in sombre mood – Samuel Barber’s Adagio in its original String Quartet guise (though not within the context of the work itself). All bar Watkins stood, and the music was given exquisite intimacy, even as clothed in the trademark astringency of the Emerson’s collective tone. And this original version feels more hopeful than in its later funereal orchestral garb.

As the stage was cleared of the music stands and Watkins’s plinth, presenter Petroc Trewlany introduced Elisabeth Leonskaja for the last of Debussy’s Préludes, ‘Feux d’artifice’, offering us a more febrile work than either the Mozart or her encore, Chopin’s D-flat Nocturne. But context is all, and both the fact that ‘Fireworks’ didn’t come at the end of all 24 Préludes and that it followed Barber’s Adagio, seemed to denude it of the snap, crackle and pop you might expect, however beautifully it lay under Leonskaja’s fingers.

The meat of the concert was Shostakovich’s Piano Quintet, from 1940, intended – in part – as a potential passport to travel, as the piano part was for Shostakovich himself. At first he seems reluctant to mix piano with strings – alternating each – and throughout the work there’s a diffidence to write for all five players together (indeed, in the fourth movement ‘Intermezzo’ the second violin has to sit out the first half of the movement – eventually playing in the 57th bar out of 100). And then there’s the curious nature of the matter-of-fact Finale, with its rather rumbustious English seaside refrain first introduced on the piano, that dominates the central section but which eventually comes to naught and the music fizzles out – here respectfully rather than lovingly done.