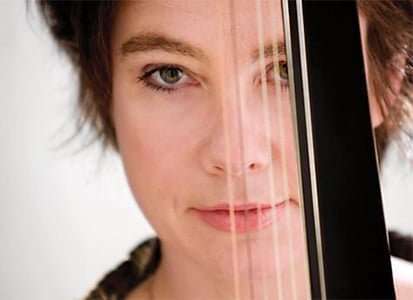 In a year holding major anniversaries for Britten, Lutosławski, Verdi and Wagner, this final Proms Chamber Music recital of the season was given over to a celebration of another anniversary-composer. 2013 marks 450 years since the birth of John Dowland, perhaps best known for the melancholic moods of his Lachrimae antiquae and ‘In darkness let me dwell’. This lunchtime concert embraced this aspect of Dowland’s music, combining it with cheerier fare to offer a balanced picture of the composer’s output. Thus, Ian Bostridge and lutenist Elizabeth Kenny joined the viol consort Fretwork to celebrate him.

The concert opened with two Galliards. Contrary to its characteristic lively mood, Kenny and Fretwork lent the dance the feel of a lullaby. A major flaw in balance emerged early on: aside from her decoration of cadences, Kenny’s lute was virtually inaudible over the viols. This proved a problem throughout, with only the lute-songs and the Farewell Fancy for solo lute allowing her to shine.

Ian Bostridge joined Kenny and Fretwork for ‘Can she excuse my wrongs’, subtly elucidating Dowland’s metric play, before ‘Flow, my tears’ found rhythmic animation replaced by intense sustained lines. Bostridge sounded slightly uncomfortable in the depths of his range, but he brought a quality of earnestness to Dowland’s outpouring of despair. Kenny gave a stylish 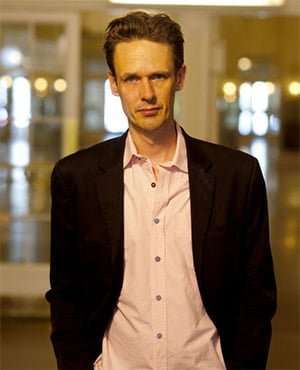 performance of Farewell Fancy. Each contrapuntal line was clearly defined and she lent a sense of anguish to Dowland’s searching sequences. With Fretwork and Bostridge for ‘My thoughts are winged with hopes’, the tenor’s performance had a sense of confidential confession to it, adding an intimacy which belied his projection.

Bostridge and Kenny made an excellent partnership, each responding to the other. A case in point was ‘Sorrow, stay, lend true repentant tears’, where both became increasingly impassioned before Kenny released the tension with a flourish at the end of the second couplet. Kenny’s tasteful ornamentation complemented perfectly Bostridge’s emotionally-charged rendition, and the lute-songs were full of rhetorical depth. Fretwork and Kenny gave a warm, languorous performance of Mr John Langton’s Pavan. Although the sound produced by the viols was certainly attractive, its homogeneity frequently masked the interplay between the lower parts. The group emphasised the melodic element of the music: the texture was often top-heavy, Asako Morikawa’s viola de gamba taking precedence.

Beginning with the falling fourth ‘tear’ idea, Lachrimae amantis is the sixth of seven Pavans in the 1604 variation set based upon the Lachrimae antiquae. Fretwork and Kenny 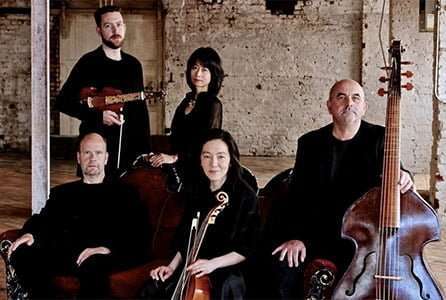 were undeniably luscious, but lacked some emotional depth. This was righted with ‘I saw my lady weep’, in which Bostridge’s use of sotto voce was most effective. A few of his lower notes were once again slightly approximated, but the emotional depth compensated. ‘If my complaints could passions move’ saw Bostridge explore a wide range of sentiments, with the ensemble responding to his fervor in the second stanza.

Fretwork and Kenny were more successful at capturing the sorrowful mood in another Pavan from the Lachrimae set. They gave a lingering reading of ‘Lachrimae tristes’, with building despair rising to an impassioned climax before sinking into quiet melody. Kenny’s decoration of the spacious cadences was once again well-judged. The Dowland expert Diana Poulton deemed ‘In darkness let me dwell’ as “among the greatest ever written in the English language”, and this account certainly did it justice. Accompanied by lute and bass viol, Bostridge was full of intensity as he explored the dark hues of his lower range. ‘Shall I strive with words to move’ saw the concert end on a cheerier note, displaying once more Bostridge’s glorious upper notes. There were two encores. Kenny’s transcription of ‘Second Lute Song’ from Benjamin Britten’s Gloriana saw the her draw magical colours from her instrument, while Bostridge sounded radiant. The Fretwork returned for a gentle performance of Dowland’s ‘Now o now I needs must part’. This concert contained some exceptional performances of Dowland. It was refreshing to hear him in other modes than the down-hearted to which we are accustomed!