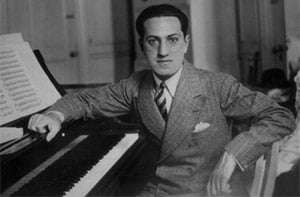 The classical-jazz ‘divide’ – real or imagined – was the starting-point for this Prom by the BBC Concert Orchestra. Few composers have so tellingly pivoted between the two as George Gershwin. His musical, “Strike Up the Band” (1927), was itself a decisive move towards a more complex expression. Here we were not given the Overture, but a medley arranged by Stanley Black – whose skills as a composer of theme-tunes and as a conductor of ‘easy listening’ albums were important factors in the evolution of ‘crossover’. It was stylishly unsubtle, but made an ideal curtain-raiser.

Gershwin’s music has proved amenable to any number of arrangements and re-workings, so it was hardly surprising that Jason Yarde – one of the most inventive and versatile among younger British jazzers – should follow suit. As he pointed out, the “Porgy and Bess” number, ‘My man’s gone now’ has a long and distinguished such history – one to which his own arrangement is a worthy addition. It showcased the formidable talents of the Gwilym Simcock Trio within an orchestral framework, while allowing Yarde improvisational space in a saxophone cadenza that stretched out the tune in intriguing new directions. 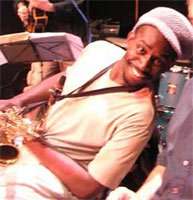 Although the trio was hardly less effectively deployed in Yarde’s Rhythm and Other Fascinations (2008), this was otherwise something of a disappointment – its intricate harmonic and rhythmic interplay lacking any real personality (and with the references to “popular TV shows” not evident, though this may be because those seen by Yarde in his youth were not those of your reviewer!). Furthermore, the cued-in clapping from the audience obliterated the final minutes rather than enhancing them in any way. 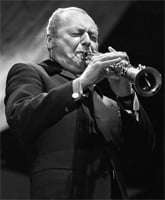 With the orchestra paired down to a jazz band, the first half ended with two works that complement each other unerringly. Both were written for clarinettist Woody Herman – but whereas he evidently found the set-up of Stravinsky’s Ebony Concerto (1945) congenial, the dissolution of his own band plus the difficulties of co-ordination inherent in Bernstein’s Prelude, Fugue and Riffs (1949) meant the latter went unheard until Benny Goodman took up its cause.

Michael Collins is no stranger to either piece, not least at the Proms, and his grasp of their ‘first among equals’ precept ensured the right feel at the outset. Ensemble in the Stravinsky was initially a little cautious, but the central blues along with the alternately hieratic and worldly finale were finely realised, while the Bernstein was a breeze from start to finish – ‘Riffs for Everyone’ accruing rhythmic élan so as to end with an irresistible surge. 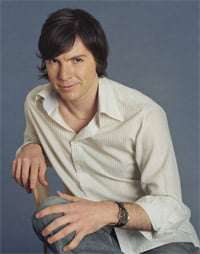 The second half commenced with a further new and, this time, more substantial (25-minute) commission. The fusion of jazz ensemble and orchestra has notable precedents: Howard Brubeck’s Dialogues is one such and, almost half a century on, Gwilym Simcock has followed suit with Progressions (2008). Admittedly the piece took time to get going – Simcock content to alternate fastidious orchestral harmonies with some speculative turns from the trio – though a more dynamic interaction eventually came about and the latter stages found the groups dovetailing their contributions with alacrity. Maybe the ‘coda’ was a little too prolonged, and the final chords were over-emphatic in the wrong way, but the work followed a convincing trajectory in which the improvised and composed elements fused into a seamless unity. Simcock can feel pleased with what he has achieved here and will hopefully take its potential further.

It was a pity that the evening had to finish on a ‘downer’. Expertly as he had conducted the previous work, Charles Hazlewood seemed to have no overall conception of Gershwin’s An American in Paris (1928) – a work that all but defines the essence of what this concert was about. This is a piece that also needs real directional input if its artful succession of episodes and transitions is to cohere, and there was little evidence of this in a performance that pursued its ‘stop-start’ course with a vengeance. In the central section, the ‘big tune’ was effortful in phrasing on the way to a climax that threatened to come apart at its apex; nor did the closing pages have anything like the rhythmic precision and the textural clarity required – rarely has the apotheosis sounded so inconsequential. Whatever his abilities as a communicator, Hazlewood needs to give the honing of his interpretative skills some thought.