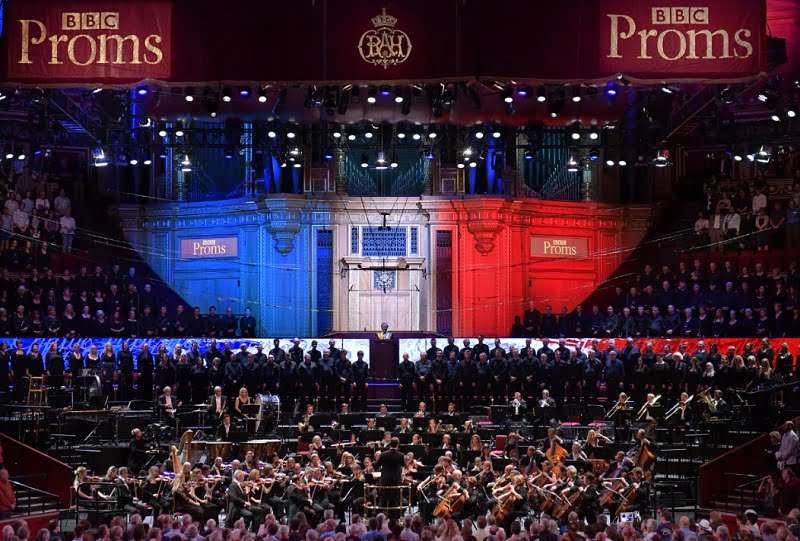 The BBC Proms 2016 season opened with a stirring mark of respect as regards the atrocity that had occurred twenty-four hours earlier in Nice. ‘La Marseillaise’, played with honour by the BBC Symphony Orchestra and Sakari Oramo, found the audience unified in its standing to acknowledge that this was the right thing to do.

If this was not the most adventurous of Proms first nights in terms of line-up, these were excellent performances presented without digression or imposition. It was just as it should be; the conductor enters and gets on with it.

Tchaikovsky’s Romeo and Juliet is an imperishable masterpiece, not requiring a Shakespeare anniversary to be on any concert’s agenda. Oramo led a freshly brewed account, tragedy implicit from the off, and some vivid woodwind-playing anticipated the volatility to come, whether the families’ feuding or the lovers’ clandestine liaisons, the latter glowing here, illuminated by moonlight, and with increasing star-crossed passion. In a reading tellingly detailed and coloured, and with some ear-catching drops to shadowy pianissimos, this musically wholesome and programmatically illustrative performance set the bar high. 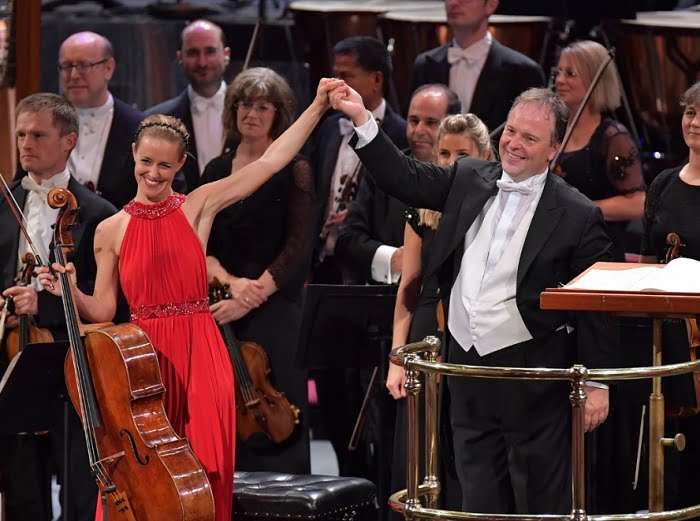 I find that Elgar’s Cello Concerto, with its stoicism and privacy, bears fruit the most if long gaps are taken between any one listen to it. Not since March, when reviewing Steven Isserlis’s Hyperion recording, has it come my way. It’s music that benefits from understatement, and can all too easily fall prey to mawkishness and affectation. Sol Gabetta avoided those pitfalls. She may not have the biggest tone or the widest dynamic range, but she made you listen, drawing you in with her strong emotional identification to Elgar’s nostalgia and sorrow. Her agility and precise articulation in the second movement was impressive, the third was tenderly rapt, and the Finale was resolute. Throughout, the BBCSO and Oramo’s accompaniment was sympathetic and also distinctive on its own terms.

Whether an encore was needed is a moot point, even if it is a Gabetta trademark, something from Grāmata čellam (The Book of Cello) by Latvian composer Pēteris Vasks. As music it is rather nondescript, but it was good to be reminded that Gabetta has a rather lovely singing voice, her vocalising complementing her devoted facility to the cello, an instrument being featured in this year’s Proms.

For Sergei Eisenstein’s film of Alexander Nevsky, the score was supplied by Prokofiev, the movie appearing in 1938, the Cantata the following year. From pensive opening to triumphant conclusion via warring tensions, a call to arms and conflagration, the music covers a lot of ground. The combined BBC choruses made an impressive sound but the sheer numbers sometimes dwarfed the orchestra in terms of volume. Nevertheless, in the most graphic part of this opus, ‘Battle on the Ice’, the tense music that chugs into combat was suspenseful and then vibrantly realised. Following which Olga Borodina stole into ‘The Field of the Dead’ with intense feeling and shapely phrasing, her voice carrying effortlessly, and then she departed.

I find it difficult to forget the Nevsky that Svetlanov conducted in January 1988 in the Royal Festival Hall (Philharmonia Orchestra) with a final chord that lasted until breaking point, and went off the seismic scale. Oramo’s view of the Cantata was less interventionist if musically scrupulous, although shorter gaps between movements would have been beneficial, and there is no doubting this performance, given with consideration and commitment, made a colourful and compelling start to Proms 2016. In our very troubled times, the power of music is even more essential, as was handsomely confirmed here.

One Prom down, leaving ninety-odd to go!