“The Aurora Orchestra is back, again performing a classic work from memory. This year, with the help of presenter Tom Service, they explore Beethoven’s ‘Eroica’ Symphony – the first Romantic symphony – in an event that’s part concert, part lecture.” [BBC Proms website] 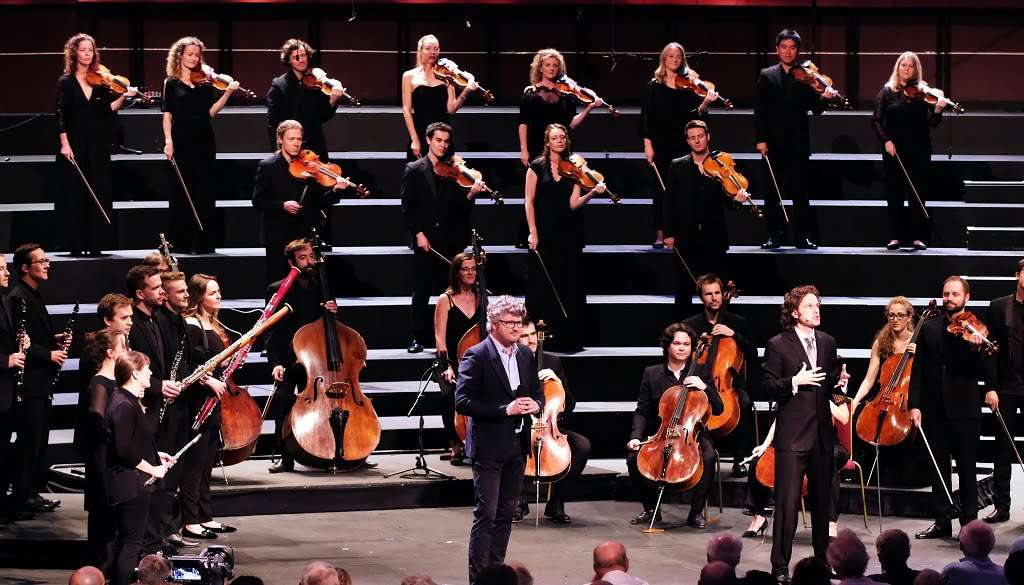 Four years running Nicholas Collon and Aurora Orchestra have astounded Proms audiences with an audacious feat of memory – Mozart and Beethoven Symphonies: now the ‘Eroica’, and in between they have also performed Beethoven’s Fifth and Brahms’s First. And (cellos, basses and timpani apart) they do it standing up. I’m surprised they aren’t marketing a T-shirt (“We do it from memory and standing up!”).

The last couple of years at the Proms Tom Service has been on hand with Collon to help explain the workings of the Symphony in question. At the start of this concert, they boxed and coxed like an established duo as they pinpointed for the audience certain points about each movement. They encouraged us to sing the opening bare bones of the theme of the Finale (“Hot cross buns with a little bit of syncopation at the end”), and then gently keep clapping the triple beat of the opening Allegro con brio while the orchestra stamped out Beethoven’s rhythmic off-beat challenges to that steady rhythm (all thirty-seven of them). We heard how Haydn might have used the Scherzo’s opening as a stately Minuet, before Collon speeded up (and got his strings to quieten down) to show how radical Beethoven was being, before ending with a more-detailed look at the second-movement ‘Funeral March’; and, finally, showing how – nearly one-hundred-and-fifty years later – Richard Strauss quotes from it in Metamorphosen. 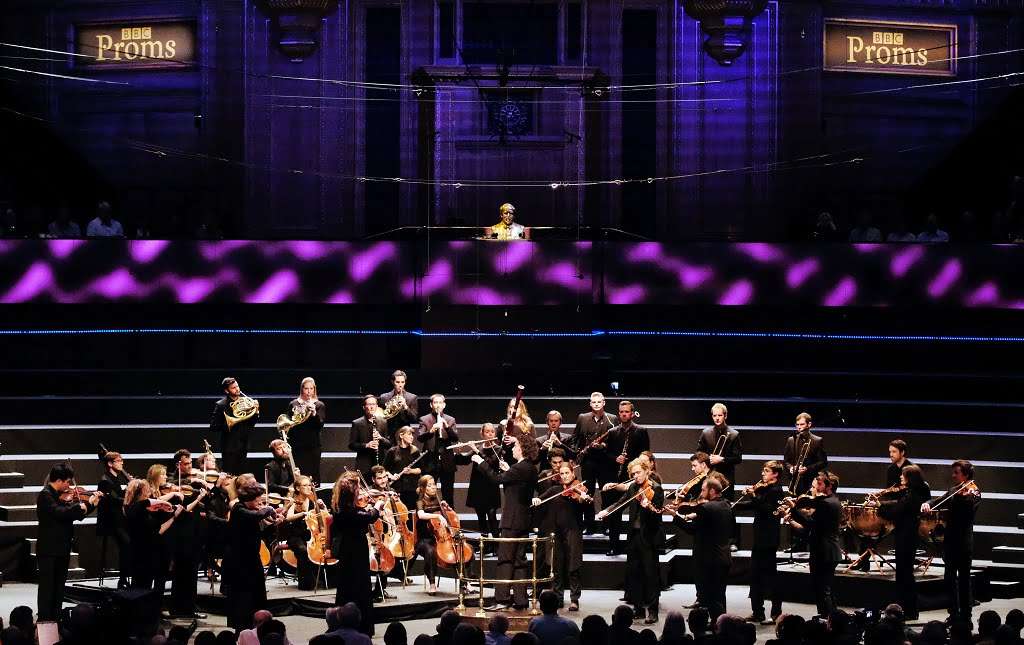 What was most impressive about these expositions was the way the players moved, so that when the first-violins take over the Finale’s initial theme from the seconds, they step through the line of the seconds at the front of the stage who take their own step backwards in assuming the accompanying role. Or, to illustrate the transition of the fugue in the Finale, the players array themselves in sections around the side and back of the stage, with Collon moving round the circuit to bring each section in. That’s the advantage of learning all the notes; there’s no need for scores which allows freedom of movement. I found it as engaging and entertaining as it was interesting; and if I didn’t find out anything particularly new about the ‘Eroica’, it was thrilling to see 6,000 people becoming actively involved in finding out more.

Service manfully covered the stage change, which brought on stands and parts for the Strauss, before the solo strings and (scoreless) Collon played a lithe and sometimes daringly brisk and warm-glowing Metamorphosen. In the vast confines of Royal Albert Hall, I was somewhat at arms’ length to both the music and its inherent emotion; however expertly played (not that Collon overdid the emotional quality).

The ‘Eroica’ fared much better – almost doubling the orchestra in size (seven extra strings and the fourteen woodwinds, horns, valve-less trumpets and timpani) – with Collon’s crisp attack and brio, even in bringing out a warmth in the majestic sections of the ‘Funeral March’. This was not a performance to get bogged down in its sprightly forty-seven minute span. Instead it had a largely ‘period’-instrument demeanour (a few horn doublings aside), sparkling with inner detail, and the collective from-memory aspect is lost on radio. While admitting a certain aesthetic quality akin to sea anemones wafting in the tide, I am still not sure about the standing up. I guess the most important thing is that it doesn’t seem to affect the ability for a great performance.

There was – justifiably – a rapturous reception, and Aurora has a neat and winning way of taking curtain calls, bowing section by section (at Collon’s insistence) and then all bowing together.