Roger Norrington has been Principal Conductor of the Zurich Chamber Orchestra since 2011. It was formed shortly after the Second World War, but Zürcher Sing-Akademie is a comparatively new body, set up by the British musician Tim Brown, its present director, to be the choral partner of the Tonhalle Orchestra.

In this Proms performance of Bach’s St John Passion, the hero of the evening was another Brit, James Gilchrist. Not only was his voice perfectly suited to the dominating role of the Evangelist, but his technique was totally secure even when Bach’s vocal line set him some very severe tests. As the main vocal protagonist the Evangelist carries a heavy burden of emotional responsibility as he tells the story of the events leading up to Christ’s crucifixion. Gilchrist met all the demands put upon him with the utmost sensitivity and intelligent, balanced dramatic sense. He was well supported by Neal Davies as Christ, and in the part of the Roman prefect Pontius Pilate, Jonathan Sells, a bass member of the chorus, a “Step-out soloist”, made a notable contribution in the tense trial scene that involves the vengeful crowd and the calm, resigned Jesus. It was a pity that the superb Lucy Crowe had to be limited to the two arias. Both Joshua Ellicott and Hanno Müller-Brachmann had been brought in at short notice to replace indisposed colleagues (Andrew Kennedy and Rudolf Rosen) and both sang very creditably. 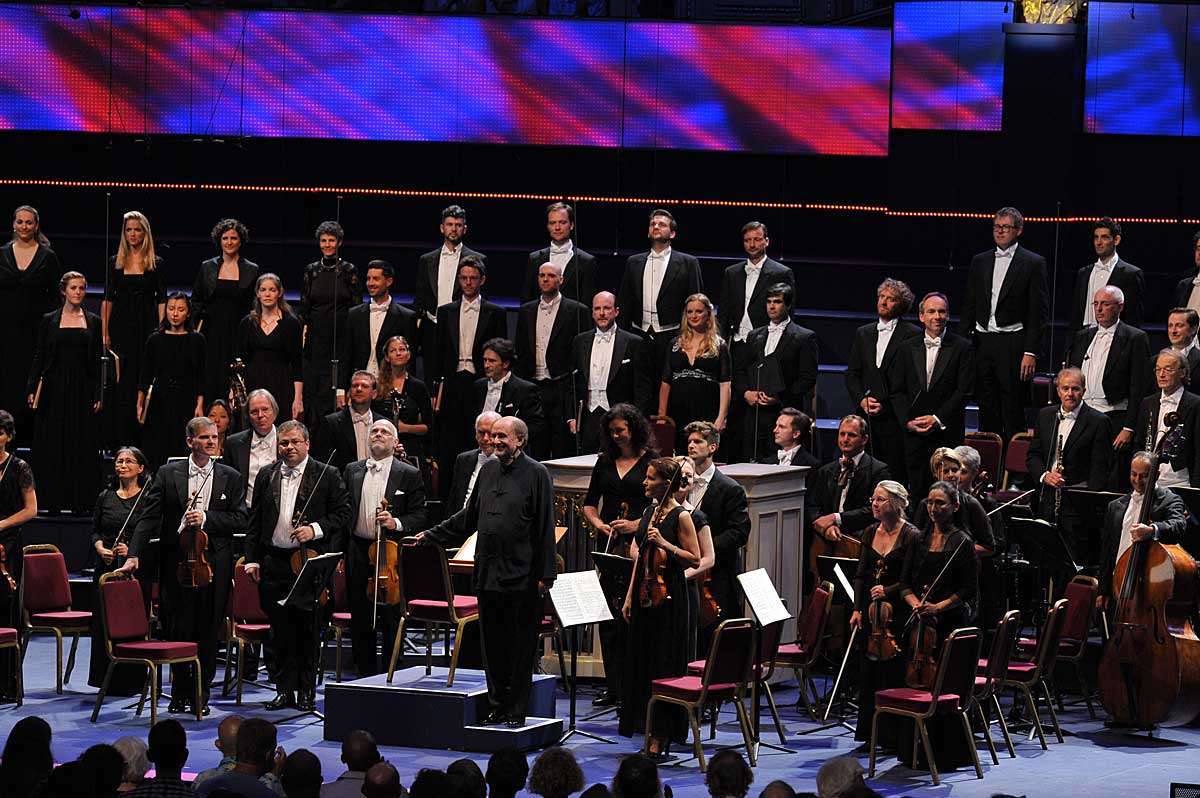 The Zürcher Sing-Akademie is clearly a capable body, but was not always given the clearest direction by Roger Norrington, who tended to conduct in wide expansive gestures rather than give a consistently clear beat. Consequently, and particularly in Part One of the two-part work, ensemble was a little woolly at the edges. In general Norrington’s tempos were unexceptionable, but while he obviously had a good overall grasp of the work structurally, a sense of drama, of a great tragedy unfolding, was rather lacking until the later in the performance, where the story has in any case its own inherent qualities of tension and conflict.

The Zürich Chamber Orchestra possesses some fine wind soloists, and the small body of strings, using gut strings, played very capably; and, as usual, with Sir Roger in charge, vibrato was eschewed. If this outing was less than overwhelming, Bach’s inspiration still came across to make a profound effect on this listener.