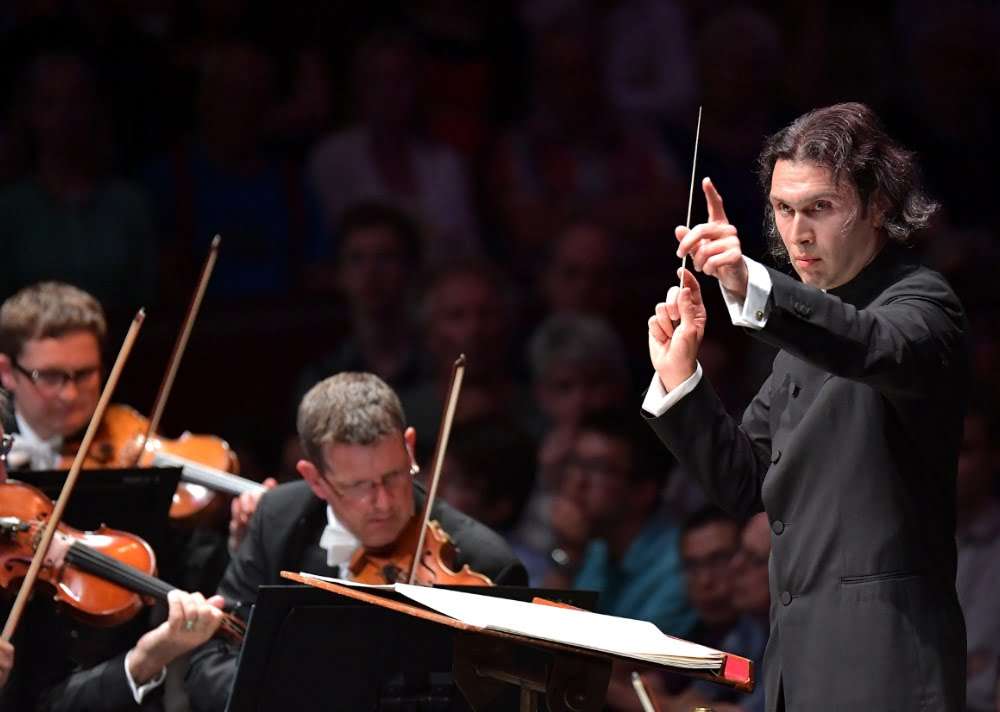 Before this premiere performance of Two Episodes, Magnus Lindberg had made it clear via publicity that he has composed a piece suitable to precede Beethoven’s ‘Choral’ Symphony. On Beethoven, “… he stands out as an example of what it is to be a contemporary composer.”

Lindberg’s tribute is a response to Beethoven’s way of thinking. The only really obvious link to the ensuing masterpiece is the use of a snatch of the Symphony’s opening theme, the falling fifth, and alluded to initially on percussion and filtered into the texture far less obviously towards the end. Lindberg’s 17-minute score makes a logical whole that involves strong timbral contrasts. The layout had double basses, percussion and timpani heaped closely far to the left but the striking commencement of the work was all the more effective when the trumpets, to far right, were the first to offer counter-comment. The use of brass is imaginative – trumpets sometimes approached the extraordinary high and distant Rite of Spring sound and at other times, as at the beginning of the second Episode, there is highly original close-harmony between trombones and trumpets. The gentle approach to the final bars lulled the listener into a state of tonal comfort, but this is music of today and the final chord is placed nowhere near the expected tonic key. 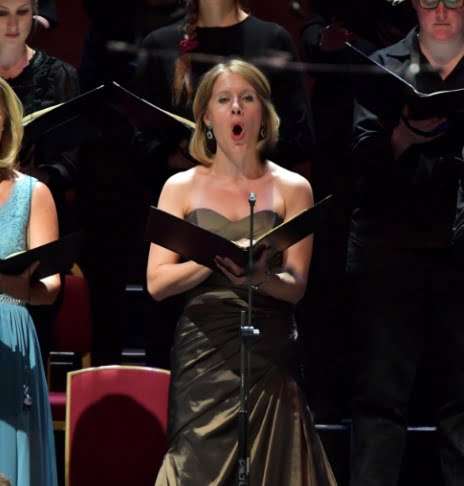 It was entirely suitable that there should be no interval and the Symphony soon commenced after a sensible rearrangement of the instruments including the use of antiphonal violins and a different set of timpani provided a more ‘classical’ layout.

Vladimir Jurowski set forth upon a fleet reading of the first movement with hushed murmuring from second violins and cellos; we did not hear the individual notes, nor did we need to. Swiftness might suggest a Toscanini-like approach, but this was not so because Jurowski avoided fierce dynamic changes. The drama lay in subtle differentiation of colour although this did leave room for an exciting development with its fortissimo timpani spiced with firm sforzandos on downbeats; for all the fury, the textures remained clear. Jurowski gave the music great momentum and obeyed Beethoven’s few momentary ritardando markings without exaggeration.

Clean and clear was also the nature of the forward-moving Scherzo (with all repeats). Beethoven’s requirement for the Trio to be played Presto was all the more effective within the context of an already rapid pace and the LPO’s precision gave the melodies an added intensity without detracting from their lyricism. 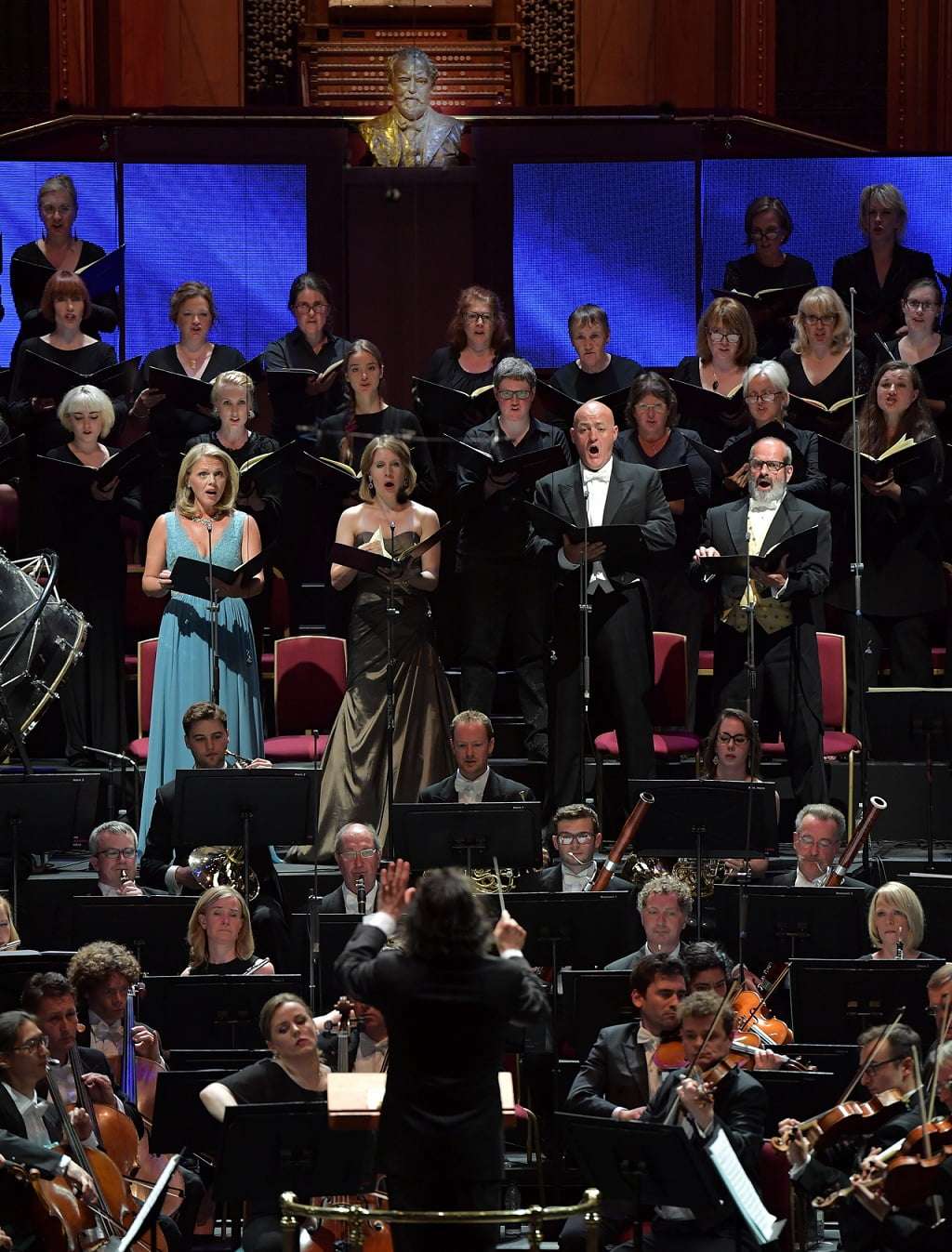 In the Adagio Jurowski continued to make the flow of the music the essence of his interpretation – the juxtaposition of the different tempo markings for the two main subjects was judged to perfection, and there was a lovely horn solo from Martin Hobbs. The two great climaxes late in the movement were made part of the onward current but I did wonder if the organ-like response featuring lower strings might have been stronger.

Perhaps because my attention had been drawn to the double basses I also wondered if their ‘recitative’ at the start of the Finale had been given sufficient strength and I was surprised that only four of the eight players were used for this passage. When the bass section took up the main theme however, conviction was restored: a true Allegro assai meant that the great ‘Ode to Joy’ melody led towards the vocal aspect with no need to impose an accelerando – obedience to the score enhanced the intensity of the music.

In his challenging first entry Christopher Purves was firm but lyrical. Rather than taking “freudenvollere” in one impossibly long breath he broke it into two, a perfectly acceptable alternative, although the appoggiatura on “Töne” was not used. In the heroic military episode, taken faster than usual, John Daszak’s tenor was of the lighter variety but as with all the soloists his voice was clearly audible from the well-chosen position between chorus and orchestra. The London Philharmonic Choir was well-balanced – vocal lines and instrumental details were at one. It was a delight to hear the contraltos featuring so strongly in the blend. The final contribution of the vocal quartet was all the more convincing since there were no operatic over-emphases. Jurowski took the coda daringly fast while retaining precise detail.

This was a refreshing performance that firmly grasped the attention throughout.