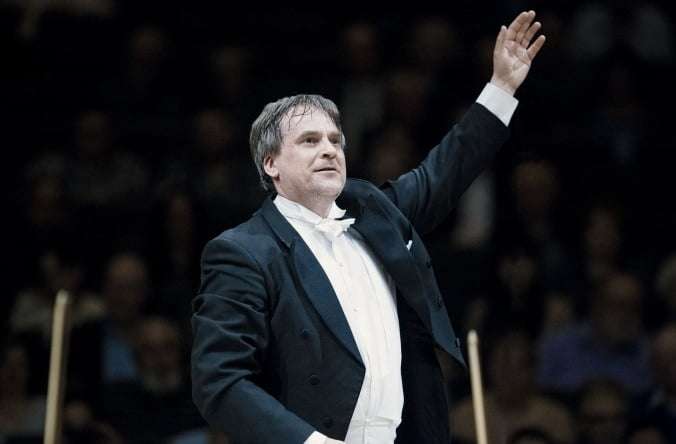 “To see a World in a Grain of Sand” (William Blake) might have been one way of summing up the components of this programme: its overview of the Romantic movement in music (and beyond in the case of Zimmermann’s Symphony) eschewed direct confrontation with its more grandiloquent and monumental landmarks in favour of some notably compressed compositional statements and extracts instead. By accident or design, the Prelude, Fantasia, and the Sibelius Symphony, all centre on the pure, open key of C-major, ultimately confounding other assumptions about such repertoire as to any expectations there may be of harmonic complexity or ambiguity associated with the heady and feverish expressions of that era.

The Prelude to Die Meistersinger is the mature Wagner at his most exuberant, although here, with the BBC Philharmonic under John Storgårds, it was broad and dignified, turning towards something solemn as though presaging the Sibelius, or evoking the pensive and nobly resigned character of Hans Sachs in the music-drama. Although the various sections of the orchestra came through with exemplary clarity, highlighting Wagner’s polyphonic writing, more ceremonial vigour would have been welcome, as also lyrical contrast with the appearance of the ‘Prize Song’. 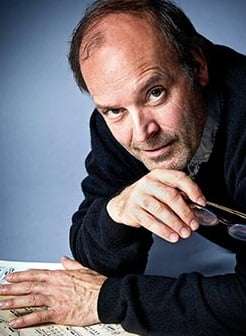 Schubert’s genius for the intimate world of song and instrumental music was here expanded somewhat in Liszt’s masterful orchestrations. Purists may argue that the songs’ piano accompaniments are effective enough, and it’s true that one misses the percussive clicking of the spinning wheel in ‘Gretchen am Spinnrade’. But the four selected settings vividly pit the psychological interiority of the singer against the backdrop of an external dramatic setting, and so they positively invite being opened out in this quasi-operatic fashion, as Liszt evidently recognised.

Storgårds set a dark and brooding background for ‘Die junge Nonne’, rather than a stormy one to match the words, and paradoxically it was only in the third verse, as the nun acknowledges that her restlessness has now yielded to spiritual peace, that Elizabeth Watts’s singing became more urgent, reflecting the import of the poem instead of the overt narrative logic. With a clearly-focused and lyrical voice, rather than dramatic, she projected the melodies well over the orchestra in all four songs, whether radiant or arresting. She characterised the three different characters of ‘Erlkönig’ without sacrificing musical coherence, and elsewhere she inflected the more extended musings of the respective speakers with a deep-throated twang at times that was reminiscent of Brigitte Fassbaender. 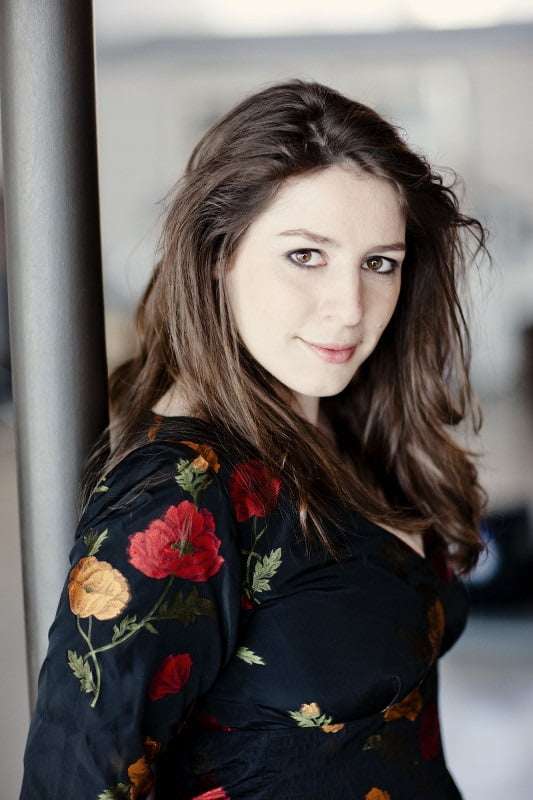 Schubert’s ‘Wanderer’ Fantasy for piano is a succinct, continuous four-section meditation upon his song of the same name, treating a subject that haunted the German Romantic imagination. Liszt’s orchestration expands it into something of a Concerto with extra embellishments and a cadenza, but even so this performance cut a swaggering dash with the BBC Philharmonic’s fleet-footed and humorous opening, and Louis Lortie’s playing poised and crystalline, not engaging in a tussle with the orchestra but carving out the private world of the Wanderer with elegant feeling, particularly in the Adagio.

Before the interval was Bernd Alois Zimmermann’s Symphony in One Movement (1952) in its year-later revision, a terse and condensed symphonic meditation upon the fragmentation of post-World War Two society. Launched with a screaming, blazing opening, this account maintained a nervous, edgy disposition throughout, creating a sense of anticipation in the otherwise delicate shimmers of sound which succeed that, and underlining the vicious march-like section with appropriate Shostakovichian irony. Contributions from the brass added Romantic-style gravitas, if not resolution, escalating to the Symphony’s conclusion which offered necessary musical finality if rightly not an emotional or spiritual one.

Sonorous brass was also to the fore in Sibelius’s last-completed Symphony. The expansive, ascending scale at the opening with its crescendo was here portentous, but that did not quite carry through the rest of the performance. Although tempos were generally well-judged, allowing the music to flow like a river as Sibelius likened it, the shifts between each section sounded a touch too forced so that this one-movement structure failed to join up as seamlessly as it might. The strings were lucid but lacked the same depth of tone to stand up to the brass, and therefore could not bring off the work’s elemental and granitic qualities: the Romantic urge for climax and release went essentially unanswered.