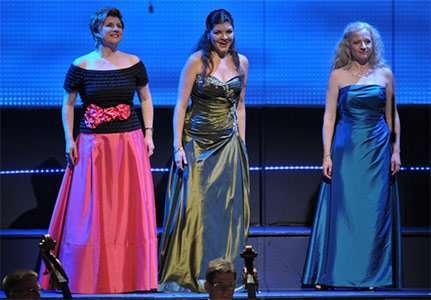 A couple of significant ‘firsts’ for this pre-First Day (preliminary evening, Das Rheingold) of Richard Wagner’s mammoth operatic tetralogy Der Ring des Nibelungen, the biggest and greatest work of Western Civilisation: the first Ring Cycle in a single Proms season, and Daniel Barenboim conducting his first Wagner opera in the UK. What a democratic music festival the Proms is: where else can one hear a Ring cycle for as little as £20?

Barenboim’s Ring is a known quantity (Teldec, from the 1991 Bayreuth Festival), noted for its meticulous detail, driving power and magisterial approach. And, whilst he offered little in the way of further revelation on this occasion, this was, nevertheless, a thrilling performance, one in which the world of Gods, Giants, Rhinemaidens and Nibelungs was each painted vividly into the mind’s eye. And so the long E flat arpeggio, which wound its way from gentleness to a surging beating heart of the Rhine, captivated instantly. Characterisation, too, from the glorious Staatskapelle Berlin (Barenboim has been its Staatskapellmeister since 1992) was to the fore: Fafner and Fasolt’s entry was proud and determined, with brass blaring appropriately. The descent into Nibelheim was quite terrifying, the rhythms pounded out. Elsewhere, the soundscape was one of expectation for something better (as Wotan would hope it to be): the opening of scene 2, with the waters of the Rhine dissolving to give a view of open space, and Valhalla was full of light, and to close utterly triumphant as the Gods walk across the bridge to take up residence. Stripped of the baggage of a production and the travesties often inflicted upon Wagner, to hear the music without distraction was a revelation, the orchestra playing with common purpose, giving us fully the drama of Wagner’s music. 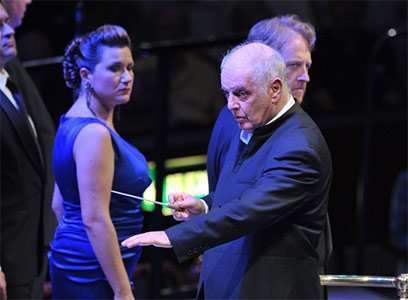 Balance between the stellar cast and orchestra was throughout superb. Iain Paterson proved a formidable Wotan, leader of the Gods, never barking orders and wholly at ease with the position of authority that he holds: he willed events through his commanding and luxurious baritone. Too often his wife Fricka can come across as hen-pecking, but Ekaterina Gubanova gave her dignity within the distress that she feels for her ransomed sister Freia, who is not given much other than to wail, so it was impressive that Anna Samuil made a positive bearing. Of the Gods, Stephan Rügamer’s Loge was compelling, wound within his tight and lyrical tenor was guile and trickiness, and his closing prophecy of the Gods’ demise was chilling. Anna Larsson sang Erda, the one sensible god, the all-seeing, all-knowing earth-goddess, and delivered her Warning with heart-felt authority and warmth, an oasis of sensible caution within the heady mix of mists and altitude. The remaining Gods in this great dysfunctional family are brothers Donner and Froh, the former swinging his hammer to defend his sister as well as conjuring storms; Jan Buchwald avoided the high-camp that might otherwise infect all that and he gave rousing cause to his “Heda! Heda! Hedo!” cries when whipping-up that magnificent tempest. 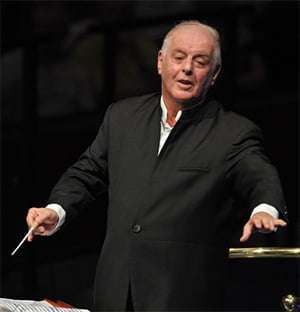 Johannes Martin Kränzle was superb as Alberich, a slimy and pitiful creation of Kränzle’s black and snarly baritone. In the opening scene he was a fool to be pitied, but the moment of his denunciation of love after the heartless and cruel teasing of the Rhinemaidens shocked and saddened. With his voice further blackened for the later events he dripped poison and loathing with almost every word. His brother Mime was sung deliciously by Peter Bronder, with an innocence that conveyed his exasperation regarding his eternal toil making the evil contraptions for his brother’s dastardly work. The Giants, whom Wotan attempts to renege on over their contract, were sung finely by Stephen Milling and Eric Halfvarson. Milling’s assumption of Fasolt was simple and dignified, and quite moving when contemplating the beauty of Freia, which made Halfvarson’s slaying of his brother a shocking moment. Bookending the opera are the Rhinemaidens, and they were initially sung in sprightly fashion. Their lament for the lost gold at the close evoked the loneliness that they feel in their watery and empty depths. So, with the Rhinemaidens at a loss over their treasure, and the Gods ensconced firmly in Valhalla, all it remains to say is: to be continued…