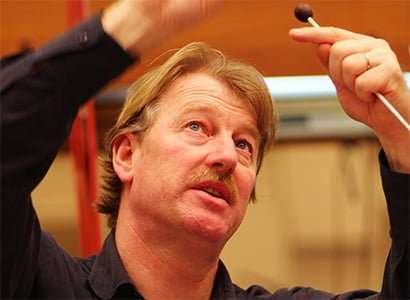 This attractively varied and generous Prom opened with Elgar’s Falstaff, a swift, straightforward reading under Jac van Steen, very well prepared and played, a vivid and cohesive account that served structure and description well. Like Richard Strauss’s An Alpine Symphony, Elgar’s writing goes beyond its initial inspiration. Van Steen’s conducting was taut and bullish, a little foursquare at points, but everything belonged, the interludes touching and the most explicit passages not succumbing to exaggeration. For all the vividness not every detail was audible, and it’s the sotto voce violas and cellos that will linger most in the memory, but there was much that was idiomatic, the work given with a Boult-like single sweep and with some affecting pathos in the closing measures. Not the wittiest or most-wistful of renditions but one that had the measure of Elgar at his most virtuosic and graphic. The restrained and short-lived applause suggests that Falstaff remains a connoisseur’s piece.

To end the concert a dispiriting performance of Tchaikovsky 4, purposeful and clear-sighted certainly, impressively played and expertly conducted, but much of the first movement was made heavy weather of, the balletic section stiff and plodding, the accelerations at the close not temperamentally related to what had gone before. A cool and pedestrian approach to this work loses passion and direction, and the succeeding ‘canzona’ movement was so studied as to be moribund. The pizzicato scherzo found some sparkle, but the finale (at least van Steen managed to begin it before further interruption from the happy-clappers) was forced in its elation. This was the beginning of this season’s Tchaikovsky symphony cycle, which rightly includes Manfred. 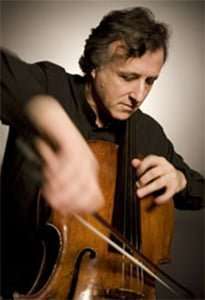 Another focus this season is the music of Sir Granville Bantock, five pieces, for no particular reason – no anniversary – which is a good thing. Bantock (1868-1946) was spoken of in golden tones during his life, but posterity has not been so kind. Hyperion’s invaluable 6-CD survey aside, Bantock’s music rarely gets a look-in these days. There are better Bantock pieces than Sapphic Poem (1906/09, for cello with piano/with orchestra), not least the superb Hebridean Symphony (ironically not part of this survey, although the Celtic Symphony is included), for despite Raphael Wallfisch’s rich-toned dedication this was a ‘long’ 15 minutes, the music taking on a Russian tinge – akin to Glazunov or Tchaikovsky’s Rococo Variations, but without the distinction of either – and failing to engage due to the lack of anything memorable. Perfectly pleasant though. The small orchestra (strings, classical woodwinds and horns, trumpet and a timpanist-played triangle) supported kindly (less so by some raucous audience coughing and noise-making). Wallfisch offered a Bantock encore, Hamabdil (“the final prayer of the Sabbath Service”) with strings, harp (imaginatively written for) and timpani (ah, that’s why Steve Barnard was present) and proved altogether more appealing, a noble outpouring on a par with Max Bruch’s Kol Nidrei (Adagio on Hebrew melodies).

Nonetheless, a bit cruel, even after a decent interval, literally, to follow Bantock with the genius music of William Walton, two flawless and wonderful gems from the English string-orchestra repertoire taken from his music for Laurence Olivier’s film of Henry V (or more accurately from Muir Mathieson’s Suite), the unbearably poignant ‘Touch her soft lips…’ (which would have been better placed second) and the profound passacaglia that is ‘The Death of Falstaff’ (poor chap, twice in one evening!); sympathetically and inwardly sounded if received as dully as the Elgar. The Bantock reception was quite euphoric, however. Worrying times!