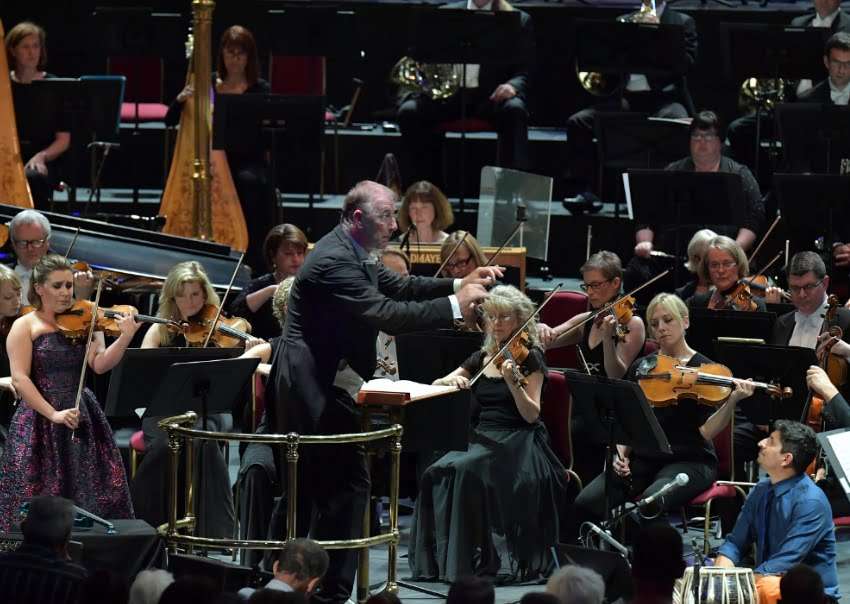 For the second of its four Proms this season, the BBC National Orchestra of Wales took to dance in two ballet scores and the rhythm-fixated new Violin Concerto from Michael Berkeley.

The Dukas and the Berkeley had been well prepared by the BBCNOW’s former Principal Guest Conductor Jac van Steen, but even his fastidious and methodical attention to the impressionist aural paraphernalia of La Péri (the same faery species that inspired Schumann in his Das Paradies und die Peri) could disguise the fact that this is music that struggles to stand on its own. It was, though, beautifully played, the brass section standing for its Cinemascope-style opening fanfare, and in the Poème dansé itself, the woodwinds elegantly laid down dabs of body-colour and larger brushstrokes of expressive tone over gently gleaming strings, and the brass, trumpets in particular, spun a cleverly recessed, distant sound. The Péri was a spirit-being nourished only by the scent of flowers, and Dukas’s music is correspondingly languid and reliant on dreamy repetitions to make its case, bulking up briefly for the climax when Alexander the Great accepts that he must die for love of her. The score is more impressionist soundtrack than impressionism in music, but the BBCNOW and Van Steen did wonders keeping the shimmering construct dipping in and out of the light.

The same attention to detail and a particular musical identity marked out Michael Berkeley’s Violin Concerto as a major achievement for the composer. He has written it ‘In memoriam DR’ – Deborah Rogers, Berkeley’s wife, who died two years ago – and he has folded in other influences in the sequence of three movements, played continuously: Nigel Kennedy using an electric violin in a tribute to Jimi Hendrix – hence the instrument Chloë Hanslip plays for most of the third movement; Berkeley’s own earlier tribute to his partner, At a Solemn Wake for cello and piano, recast as the ‘Elegiac, wistful’ slow middle movement; and the obbligato role for tabla that has a strong presence in the first, a result of Private Passions meetings with Akram Khan and Nitin Sawhney. 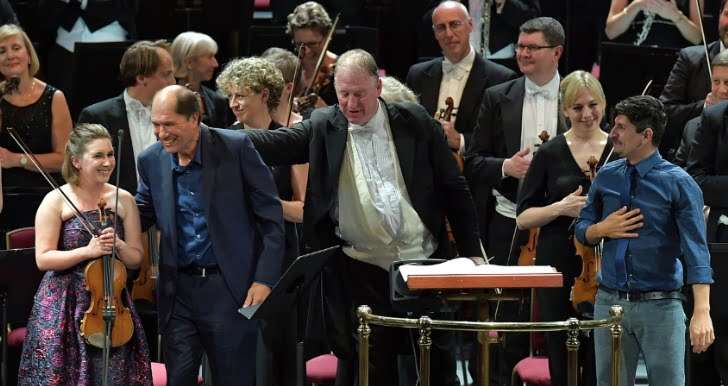 In his programme note, Berkeley wrote that his Violin Concerto “started to write itself”, and the music is a remarkably spontaneous expression of love-song and lament. From the start the soloist’s role has a restlessness to it, like a cadenza trying to find a point of resolution, something Berkeley uses to great effect as the music moves into the slow section and at the end of the work with a shadowy evocation of Bach, reminiscent of the close of Berg’s Violin Concerto. Diego Espinosa Cruz González’s tabla pattering dovetailed sinuously with Hanslip’s refined, tranquil playing, as though she was trying to discern a sense of direction from the table and she combined candour of expression with remarkable inwardness, at its most intense in the lovely slow movement, attended by harps and celesta. The contrast made by the raw keening of the electric violin was shocking, and I did wonder if the tension Berkeley wanted to sustain wouldn’t in the end have been better served by acoustic violin (to which the soloist reverts in the ‘Epilogue’). In a smaller hall, the amplification would have been painful. Although Berkeley uses a large orchestra, he does so sparingly, and Van Steen’s precise direction ensured a mobile, luminous sound for a little over twenty minutes. 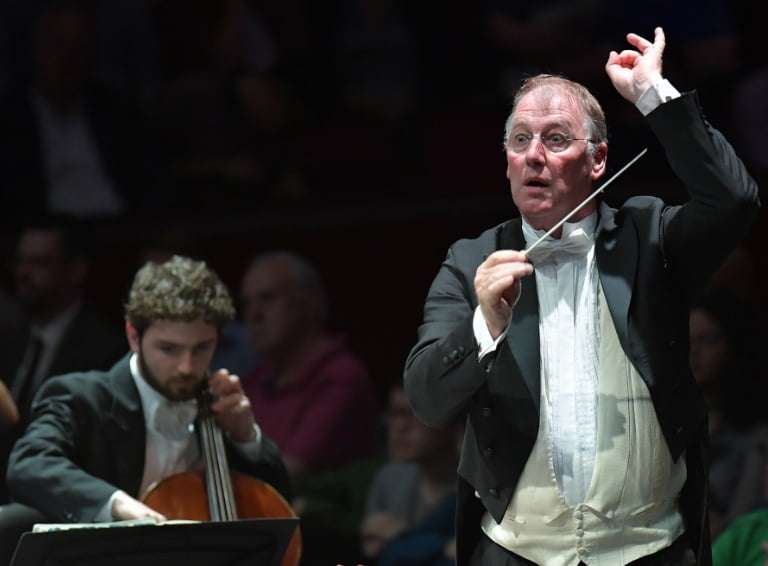 There was more rawness in the selections he chose for the précis of Prokofiev’s Romeo and Juliet. This is ballet music that happily stands on its own, but there were moments when greater urgency would have enhanced the narrative, as well as reminding us that this now-core-repertoire score was once deemed as non-danceable. Here it was like a concerto for orchestra, with some fine woodwind solos from clarinet, flute and saxophone supported by some oddly aloof string-playing. The Act One fight needed more muscle, it was a pity that the (in)famous ‘Dance of the Knights’ didn’t sport those cavernous bass-drum rolls, and the ‘Balcony Scene’, introduced by an over-quiet prelude on the organ, was very truncated. There was no secret marriage, with Friar Laurence briefly brought in to dispense the sleep potion, and I missed the ‘Dance of the Girls’ with its lovely viola d’amore solo. Otherwise this was a generous selection – even if set against the three composer-compiled Suites a full score so prodigal with drama and tunes, there’s no pleasing everybody.