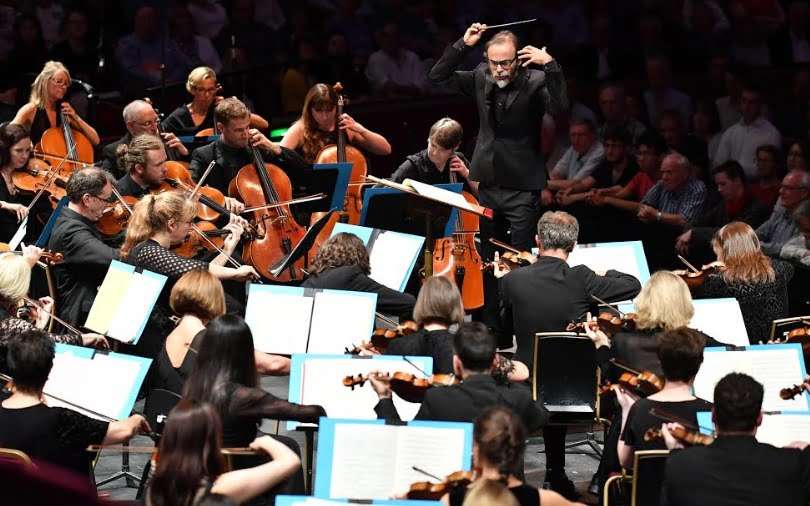 This Prom was notable, above all, for the first performance (nineteen years since he first had a work premiered at these concerts) of Julian Anderson’s The Imaginary Museum (2017). Subtitled “concerto for piano and orchestra”, this takes its cue from André Malraux’s book concerning the world-wide dispersal of great art such that only in one’s mind is it possible to envisage a coherent collection. The piano is duly taken on a six-movement journey to various orchestral ‘locations’ whose disparateness, in time, proves the source of their ultimate unity.

Thus ‘The World is a Window’ acts as warm-up for the soloist prior to launching itself into the orchestra’s iridescent tonal pools, as inspired by ‘Janáček’s Wells’ around his birthplace of Huckvaldy. The undulating arabesques of ‘Sea’ then intensify into dense textural writing that typifies ‘Forest Murmurs’, before ‘A Song Before Dawn’ characterises the piano as a bird within the orchestral desert; a cumulative momentum, previously held in check, soon spilling over to the panoramic landscape of ‘Mountain’ with its heightened sense of closure.

Not for the first time with Anderson’s music, the ostensibly fragmented nature of the material is belied by the stealthy resourcefulness with which it is drawn into an organic and yet constantly-evolving whole. Some of those subtler instances went for little in the expanse of the Royal Albert Hall, while use of a keyboard sampler during the latter stages distracted from the solo writing. Not that Steven Osborne was other than convincing in the demanding solo part, with Ilan Volkov securing playing from the BBC Scottish Symphony Orchestra of dexterity and finesse. 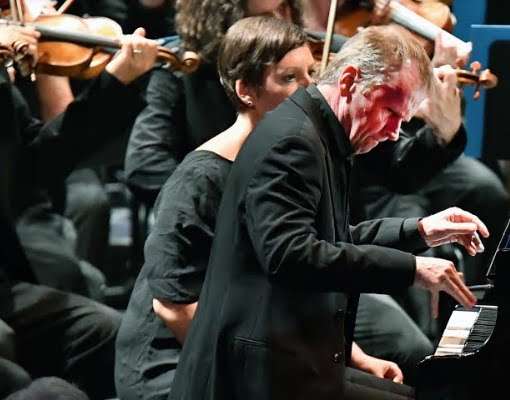 Either side of the Anderson came rare revivals (at least in the UK) of two of Liszt’s most exploratory Symphonic Poems. Surprising that Hamlet (1858) is not heard more often, as its focussing upon the innately psychological aspects of Shakespeare’s drama makes for a formal and expressive concentration lacking in those more inclusive yet disparate portrayals. No less arresting is that stark astringency of texture and the elliptical harmonies, as though Liszt were already contemplating the terse refinement of his music a decade and more hence.

Qualities to the fore in From the Cradle to the Grave (1882), Liszt’s final Symphonic Poems and a piece whose sheer economy of gesture is everywhere apparent. Volkov drew a bittersweet poise from ‘The Cradle’, such as contrasted pointedly with the fevered agitation of ‘The Struggle for Existence’, before the more extended discourse of ‘To the Grave: The Cradle of The Life to Come’ with its serene if undeniably poignant resolution. This music has a fine advocate in Volkov and the BBCSSO responded with alacrity.

Heard in Ravel’s familiar orchestration, Mussorgsky’s Pictures at an Exhibition (1874/1922) could hardly afford similar surprises. That said, there was much of interest in Volkov’s brisk yet never insensitive sortie – at its most perceptive in a hauntingly atmospheric take on ‘The Old Castle’ and stark fatalism of ‘Catacombs’. Other conductors have brought even more grandiloquence to ‘The Great Gate of Kiev’, but Volkov’s purposeful rendition – which culminated in a (surprisingly?) joyful apotheosis – was assuredly its own justification.