“Radio 1’s first ever Prom is less concert and more dance-party – a musical homage to Ibiza and its infectious, energetic brand of club music. 2015 marks the 20th anniversary of Radio 1 in Ibiza and this will be a celebration to remember. Celebrated British DJ Pete Tong presents a line-up of live artists, who perform with Jules Buckley and his Heritage Orchestra.” [BBC Proms website] 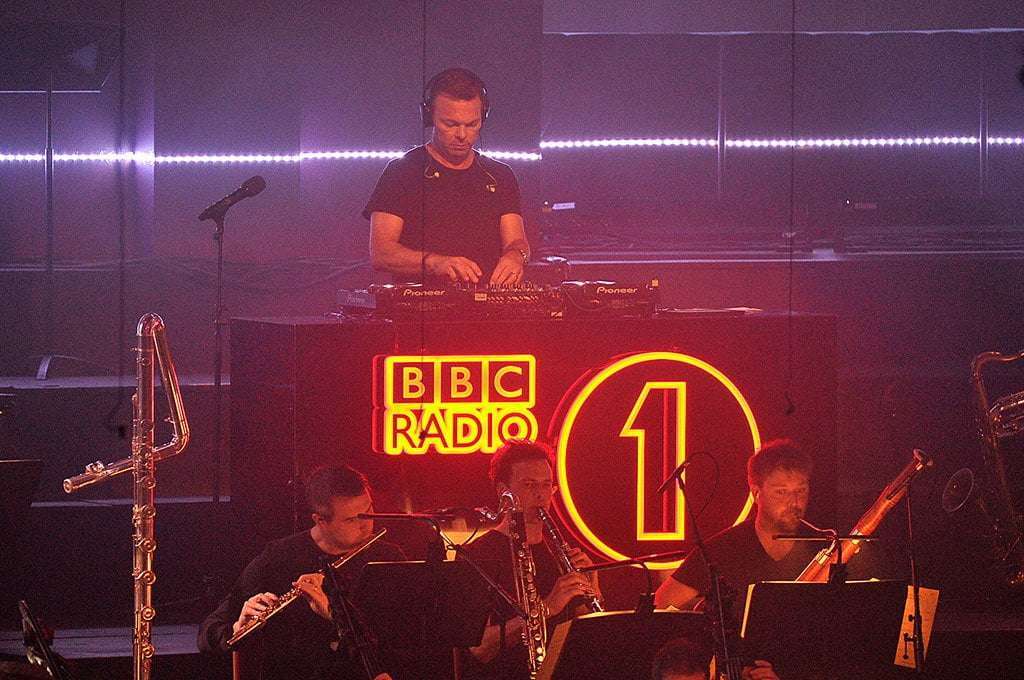 The BBC Proms is rightly proud of its open musical approach, which brings many first-time visitors to the Royal Albert Hall, and it can now include Radio 1 among its collaborative stations from the Corporation. This celebration marked 20 years’ broadcasting from Ibiza – where the station decamps for a series of DJ sets and live performances each summer. For each year in those two decades the party has been led by Pete Tong, whose influence on the development of UK dance music runs “large”, as he would say – all the way through to his work in A&R for London Records. Tong it was who oversaw this set of significant songs in the White Island’s history as a party destination, and in doing so he loosely charted the history of house and techno music in the last 30 years.

Dance music has existed in many guises for thousands of years – but these two electronic forms are relatively recent developments, traced largely to expansions of disco and funk in Chicago, Berlin, New York and Detroit during the 1980s. House and techno also draw from the music of Steve Reich and Philip Glass in their use of repetitive loops that often develop subtly and, in the case of the best examples, raise the adrenaline levels.

The Royal Albert Hall, ever flexible, completed its transformation from concert venue to nightclub in a matter of hours. Lasers darted across the assembled throng, most of whom were out of their seats and dancing from the first beat. It was a surprise however to note the Arena, a custom-made dance floor, was not full. There were some hardy Prommers who had stayed on for the experience, and credit should go to them for their open-mindedness, though for some it was a painful experience, with earplugs and hands at the ready as protection from the bass! For those of us who enjoy both classical and dance music – yours truly included – it was confusing, as Tong was exhorting us to dance when our habitual instincts said otherwise! 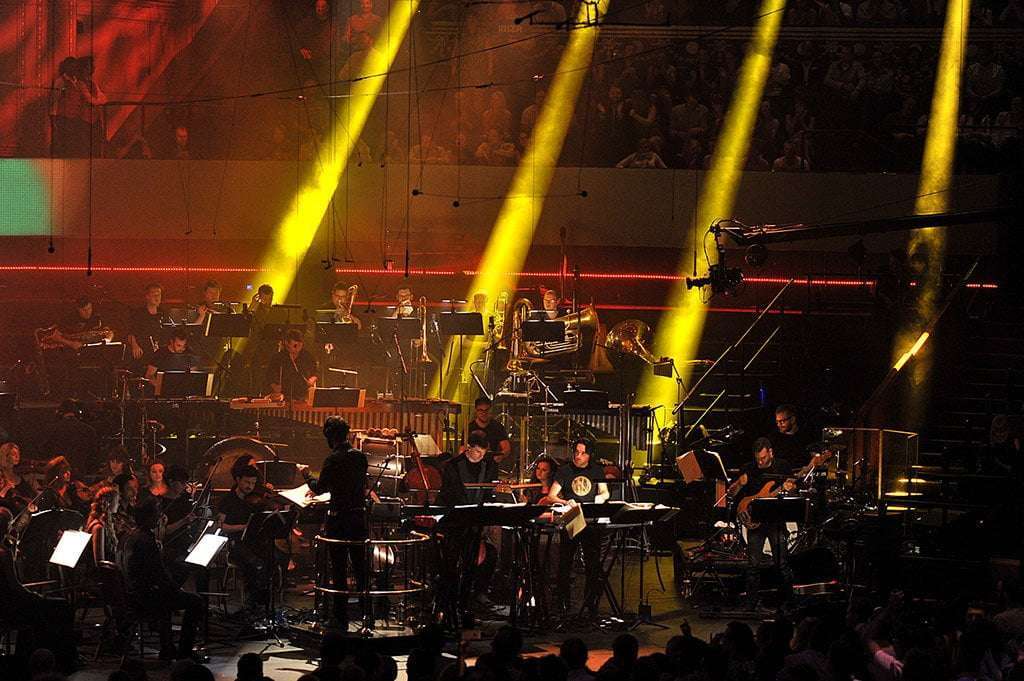 Each of the 23 self-styled ‘anthems’ was expanded for orchestra by Jules Buckley, who did a terrific job both through his ear for detail and in his marshalling of the Heritage Orchestra, its instrumentation even incorporated a bass flute. A brassy take on Faithless’s ‘Insomnia’ was a highlight, as was the seamless move from Sabres of Paradise’s ‘Smokebelch II’ to the joyous Daft Punk celebration, ‘One More Time’. Moby was represented twice, firstly through the moody ‘Go’, a reinterpretation of Angelo Badalamenti’s moody music for Twin Peaks music, then through ‘Porcelain’, reflecting Ibiza’s Café Mambo and the slower grooves to be heard there. The floated piano drifted across the Hall beautifully. 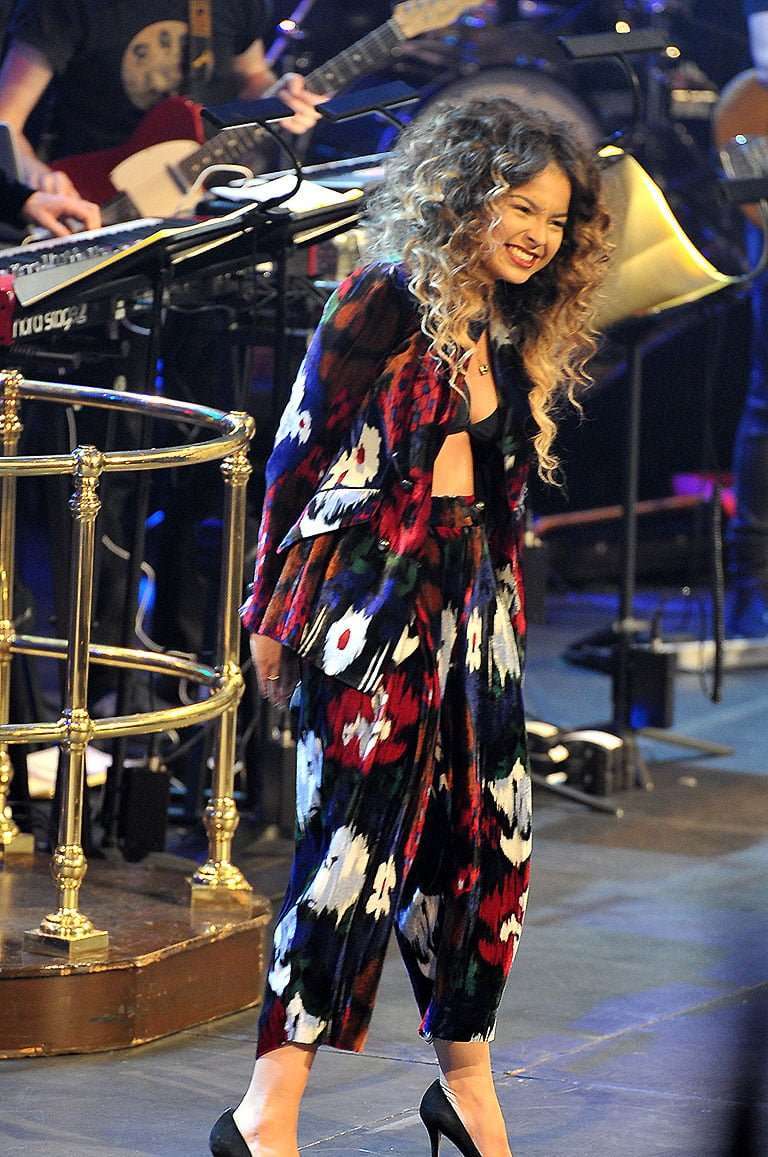 It is instructive to note the extent to which this set drew from classical music. Derrick May’s ‘Strings of Life’ is a case in point, influenced by the work of Reich and Glass but using a piano loop with strings to create something constantly evolving and enormously uplifting. This pointed toward Energy 52’s ‘Café del Mar’, for many the quintessential Ibiza anthem, matching its Bach-like figurations with warm keyboard pads. “Take that, Mozart!”, said Tong, “he never got that loopy!”. We would beg to differ of course, but this was the climax of a set prefaced by Brainbug’s ‘Nightmare’, a concession to the impact of trance music in the late 1990s.

Vocal guests Ella Eyre and John Newman, both enjoying success at the top of the pop charts this year, acquitted themselves very well. Eyre covered Inner City’s ‘Good Life’, one of Kevin Saunderson’s Detroit techno successes, before moving on to her collaboration with Rudimental, ‘Waiting All Night’, arguably 2013’s defining electronic song. Meanwhile Newman also reprised a Rudimental guest slot with a winning combination of soulful vocal and frantic drum and bass rhythms for ‘Feel The Love’.

The only disappointment was that the party ended too soon, unlike in Ibiza where the sunrise will often be glimpsed. In the past the Proms used to host Raga nights that went on into the early hours, and the feeling when Newman called time on proceedings with his cover of The Source’s ‘You Got The Love’ was that the festivity could have gone on much longer – though doubtless the local council would have something to say about that! As it was, Newman returned for another verse, putting the seal on a late night illustrating not just the thrill and power of dance music, but the reach of what we know as classical too.