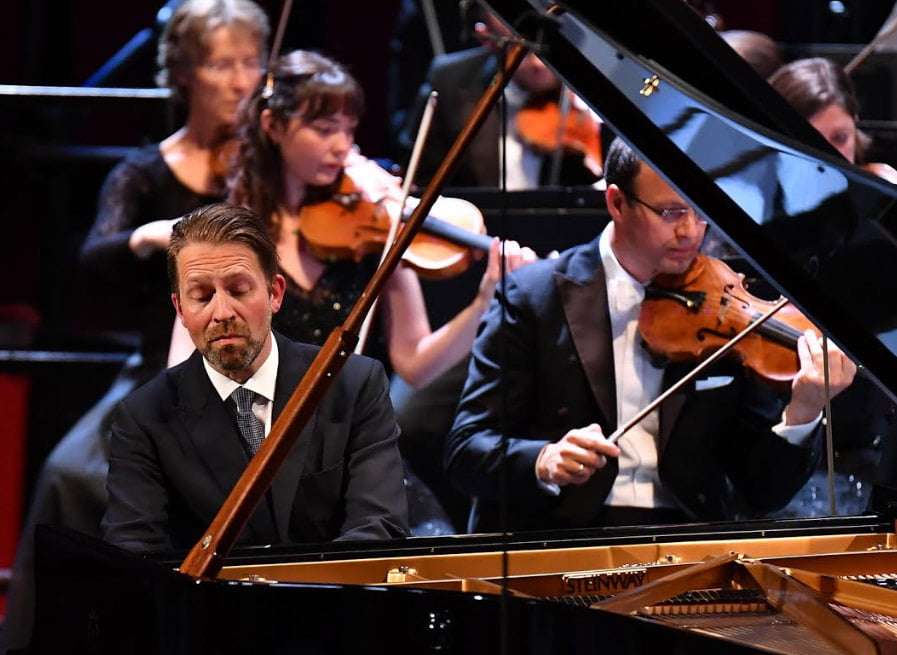 Britten loved Mahler’s music and thought, in relation to Das Lied von der Erde, that it was “cruel that music should be so beautiful” – and there are flickers of that composer in the Englishman’s epically precocious Piano Concerto, which he wrote as a showpiece for his virtuosic pianism, and which was almost the last work he composed (in 1938) before his wartime move to America. Stylistically the music glides in and out of French, Russian and American works around that period, but Britten’s prodigal facility, brilliant ear and melodic genius are all there.

With the BBCSO and Edward Gardner scoring point after brilliant point in the accompaniment, Leif Ove Andsnes was on elegant and economic form, which suits a lot of the Concerto, but, in the ‘Toccata’ first movement in particular, I longed for a more brilliant, overtly percussive piano sound, yet listen to the refined ecstasy Andsnes found in the glissandos of the cadenza. Crucially, though, Andsnes made the technical demands seem easy, he cleverly tightened pressure towards climaxes, and brought an expressive weight and Lisztian glamour to this chameleon work. The timbre was better suited to the spectral ‘Waltz’ second movement – which slyly honours the Viennese model – and Andsnes expertly applied it to the many passages of fractured stability. He also revealed how some of the ‘Impromptu’ third movement (a seven-variation passacaglia that replaced the original ‘Recitative and Aria’ in the 1945 revision) anticipates Miles’s demonic piano solo in The Turn of the Screw by six years. Andsnes’s precision, his swerves between technical command and heart-stopping lyricism, and a quizzical sense of irony made this undeniably young-man’s music sound even more brattish – Britten at his most original, again. There was a phone interruption so timed that Gardner, with immaculate froideur, both made room for it and dismissed it. Andsnes gave an encore – the first piece from Federico Mompou’s five-movement suite, Suburbis (1917). 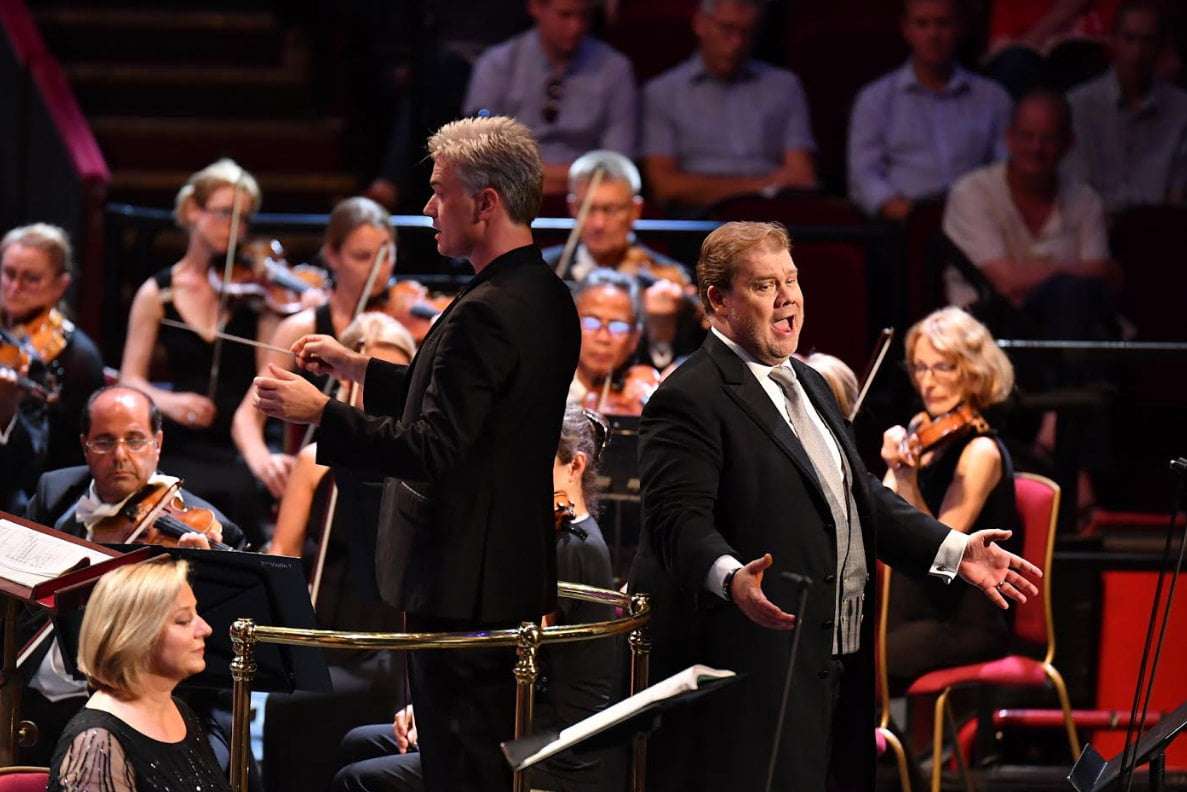 If Gardner and the BBCSO had worked wonders with Britten’s orchestration they surpassed themselves in Das Lied von der Erde in a performance that had you straining to catch every last refinement of Mahler’s Song-Symphony. The last time I’d heard it (in February) was with the same orchestra and Stuart Skelton. Gardner was probably more accommodating to the demands made on any tenor in the opening ‘Das Trinklied vom Jammer der Erde’, but you still got the sense of Skelton bracing himself to sink or swim, and the fact that he sang from memory added to the desperate spontaneity, and he threw himself in at the deep, expressive end with characteristic generosity. Somehow he moulded his heroic recklessness into a beautifully tailored, charming account of ‘Von der Jugend’ that trod lightly on the music’s orientalism without any arch caricature, and, back to the booze, I wonder if I’ll hear the phrase “Mir ist als wie ein Traum” (It all seems like a dream to me) from ‘Der Trunkene im Frühling’, for which Skelton melted into a suspended falsetto with such awareness of the song’s defiance. 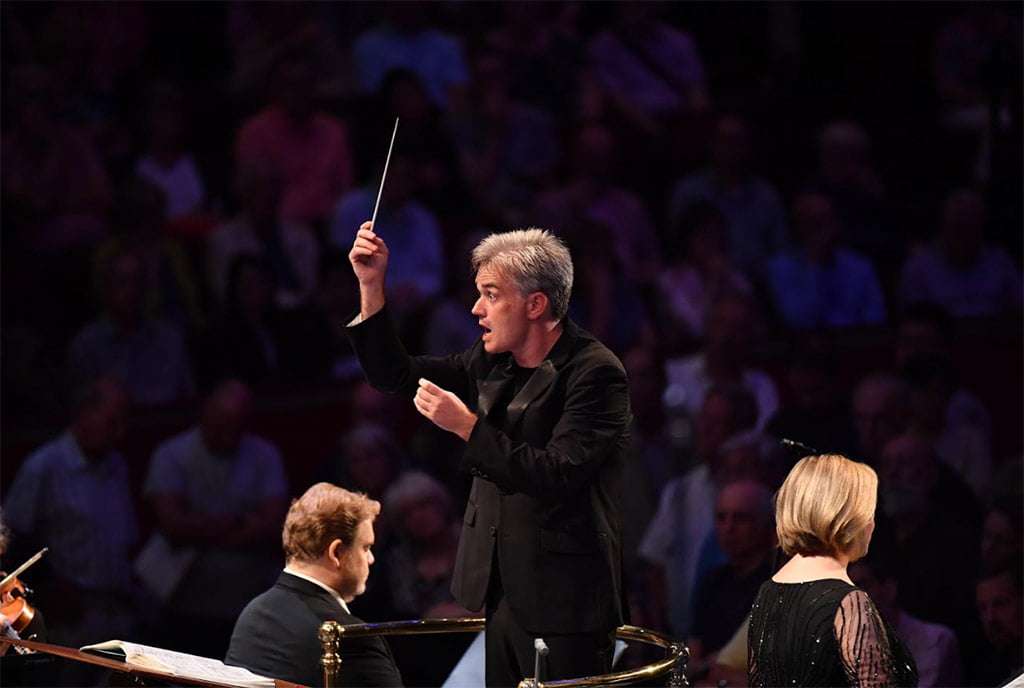 In my perfect world, the second setting ‘Der Einsame im Herbst’, would always be given by a baritone, but I was almost persuaded otherwise by Claudia Mahnke, all down to the opaque colourings of her voice and her unloaded approach to the text, an objectivity that added an unexpected, and immensely moving, sense of yearning. By the time she embarked on ‘Der Abschied’, she had the measure of the Albert Hall and of the ambience. She was almost liberated from the page, her vibrato opened and narrowed to project a huge expressive range, and I was suddenly floored by her one operatic indulgence – “O Schönheit, o ewigen Liebens, Lebens trunk’ne Welt” immediately before the orchestral interlude. Then, as her voice abandoned tone, colour and substance, the repetitions of “ewig” went gently into the dark night.

As for Gardner, LPO conductor-in-waiting, his realisation of Mahler’s shifting perspectives, and of those moments when you know the music has turned a corner into slightly different territory, was masterly, backed up by the BBCSO’s wonderful playing and miraculous, frictionless ensemble. Despite dreary dribbles of clapping between movements, here was everything you need to know about life’s tragic, transient splendour and longings – and it is indeed cruel that it is so beautiful.