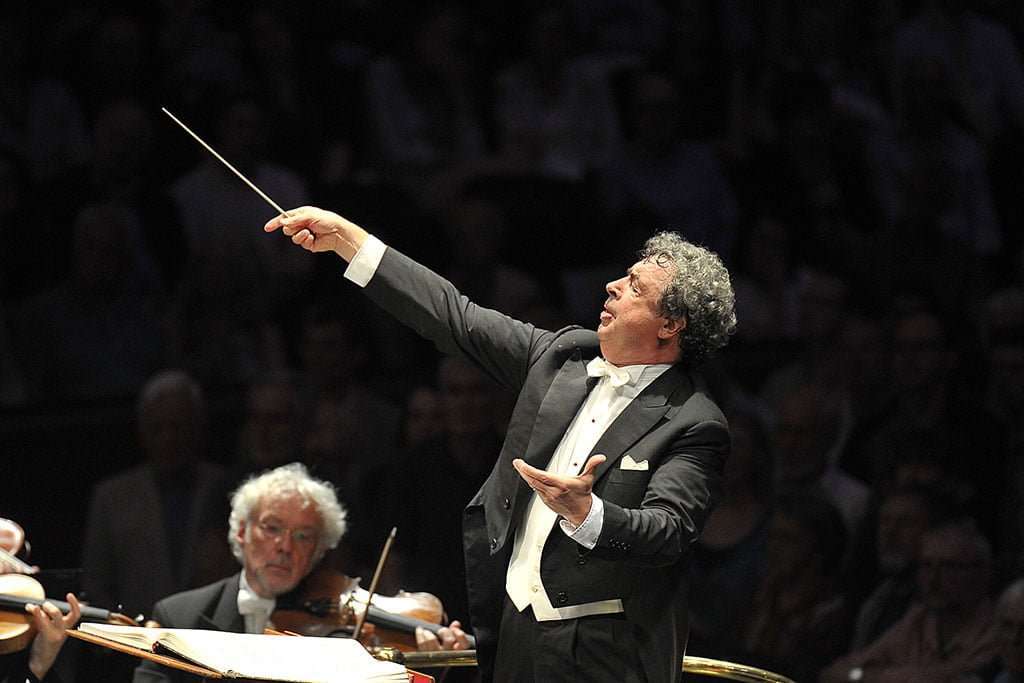 Once in a blue moon I find myself utterly aghast at a concert. As it happened it was a blue moon (a month in which there are two full moons and July 2015 had a second full moon on its very last day) and I was aghast at least twice at the BBC Symphony Orchestra’s fourth Prom of the season: not that the BBCSO was responsible, nor Semyon Bychkov.

My first jaw-dropping moment came with Katia Labèque’s clumsily thundering first entry as primo pianist in the Mozart: a world away from the delicate finesse the baton-less Bychkov had encouraged from the BBC players. Sat all on the flat, with horns, oboes and bassoons on the same level as the strings, Bychkov coaxed a lovely, light and flexible sound that was so rudely contrasted by pianistic tub-thumping. Marielle fared a little better, but there was little of the “subtlety, lyrical grace and pianistic polish” referred to in the programme note. Surely things couldn’t get any worse? 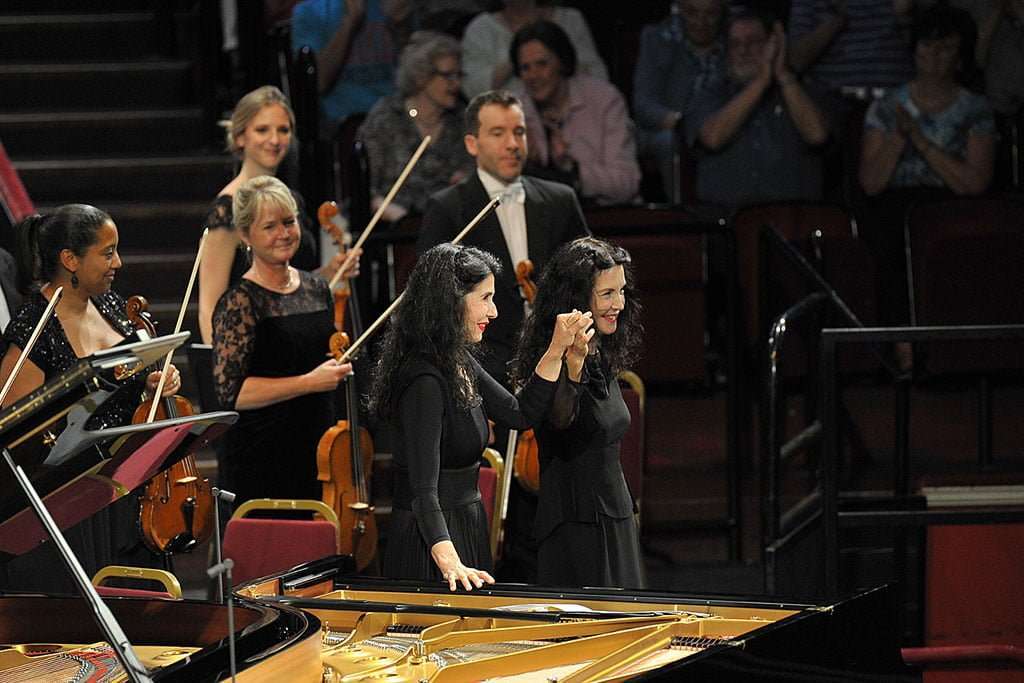 Oh, yes they could. As the barely dutiful applause from a packed Royal Albert Hall audience was already diminishing the sisters rushed on for a second curtain call and headed back to their respective keyboards. Perhaps a Shostakovich piano duet, which would tie in nicely with the second half? No such luck; instead we were belaboured by the most inappropriate and unwanted encore at the Proms for many a year: the last of Philip Glass’s Four Movements for Two Pianos. Certainly it matched the Labèques’ lack of subtlety – perhaps it even informed their full-length black garbs. Katia’s flowing drape over black trousers was once again flicked back to cover completely her piano stool, making her look like an evil centaur hell-bent on taking her punishment out on the instrument.

Which of the two poor pianos was left for the much more appropriate pianism of Elizabeth Burley after the interval I’m not sure (presumably Katia’s, as that was the one with lid in place). Apart from the very back, all the stage’s risers were packed with players, extra brass behind the normal complement, balanced by the battery of percussion opposite.

Semyon Bychkov is a fine conductor of Shostakovich, and he paced the ‘Leningrad’ Symphony magnificently – commandingly in fact, despite the worst barrage of audience noise that I’ve ever witnessed. The hushed entry of the side-drum rhythm which marks the central martial edifice of the first movement (admittedly played daringly quietly by David Hockings, moved further forward to be between piano and harp) was drowned out by cacophony of coughing of bronchial proportions. I suspect that the sudden pianissimo was taken as an end to the movement, but there really is no excuse. At such times one despairs of one’s fellow man.

Somehow – and all credit to Bychkov and the BBC Symphony Orchestra – the music survived. Matching Bychkov’s firm hold on the architecture, there were distinguished solos, Julie Price’s achingly mournful bassoon at the end of the first movement, and guest Leader Natalie Chee. Bychkov also singled out the viola section (to his right) and second violins for separate bows at the end. Rarely have I heard the fugal elements (my mind may naturally have been looking forward to the first of Alina Ibragimova’s late-night Bach recitals immediately after) and Shostakovich’s trait of alternating instrumental families be managed so successfully, and the way Bychkov built the final peroration (the human spirit surviving even the most unimaginable horrors) was spine-tingling … something special was going on.