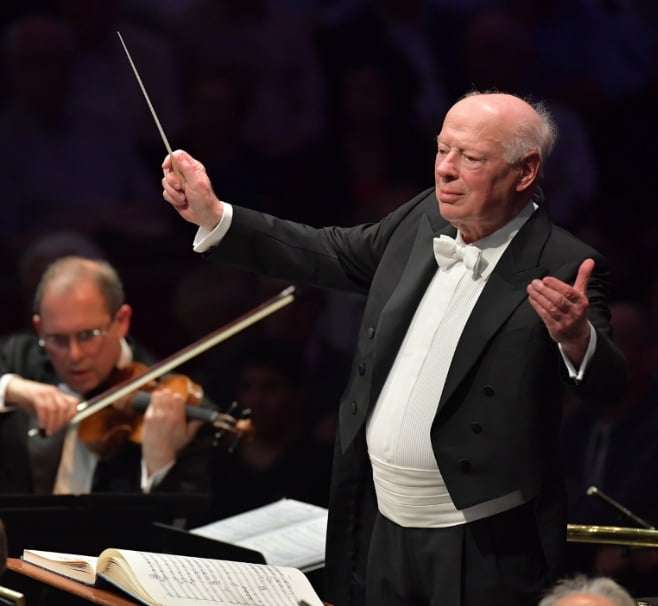 By convenient tradition high-profile Proms tend to come towards the end of the season but Bernard Haitink has few rivals when it comes to old-school weight and gravitas. In fifty years of Proms appearances, our greatest living Mahlerian has conducted almost all the completed Mahler Symphonies at the Royal Albert Hall, the Eighth being the one that has gotten away, so far, and the venue was packed for his latest take on the Third, a Symphony he previously conducted in the Proms seasons of 1971, 1981 and 1999. In the wake of 2007’s super-refined rendering by Claudio Abbado’s Lucerne Festival Orchestra I suspect many Prom-goers will have retained that almost excessively subtle account in the mind’s ear. While Haitink’s view proved balder and more monolithic (his pioneering LP version from Amsterdam was lighter on its feet), the journey from darkness into light had many in the audience moved to tears.

The performance was, ultimately, magnificent, and listened to attentively in the main. It was, however, a long haul. Haitink, famously non-interventionist as a conductor, directed from the score with lucid gestures, encouraging his players to give of their best rather than shaping lines with intrusive nuance. In the first movement, music which might be thought to thrive on varieties of colour and tone, the approach came closest to failure, the deliberate pacing perhaps less problematic than the reluctance to characterise its contrasting elements with much in the way of dramatic flair. 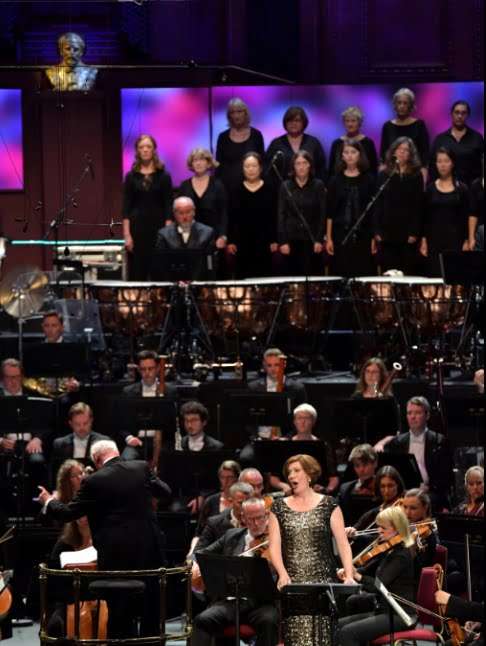 With double basses ranged to the left of him and cellos in front (the violins were placed antiphonally), Haitink achieved some of the most rooted and keenly balanced orchestral sonority I have heard in the big barn, even if the civilised roundness of sound (the LSO belying its reputation) went along with a tendency to play down Mahler’s more ‘proletarian’ interruptions. The side-drum tattoo heralding the recapitulation of the horn theme came somewhere off-stage to the left but this was the exception that proved the rule. No texture was self-consciously beautified, no transition rendered falsely emotive. Deryck Cooke once described the first movement of the Third as “the most original and flabbergasting thing Mahler ever conceived.” He would not, I think, have applied those words to this interpretation.

There was a hint of squareness in what followed too but the LSO plainly loves this conductor and the musicians found their very best form, humanising the vision with vernal freshness. Acting leader Carmine Lauri’s many solos were eloquent and sweet, so too Nicholas Betts’s off-stage contribution on flugelhorn. Sarah Connolly came on before the third movement (mercifully without engendering applause despite a well-chosen ombré sequin gown) and her contribution to the fourth was everything one hoped it might be, the voice vibrant but wonderfully centred and the expression as spot-on as the pitch. Haitink did not insist on overegging the naturalism of the bird cries as is now fashionable. (Alan Gilbert in 2014 gave us a more literal reading of Mahler’s hinaufziehen – pulled up glissando – marking for oboe and cor anglais.) Nor does he really do acrylic brightness, yet the requisite timbre for the fifth, so necessary a contrast with its string-led successor, was supplied in spades by the excellent choral contingent. 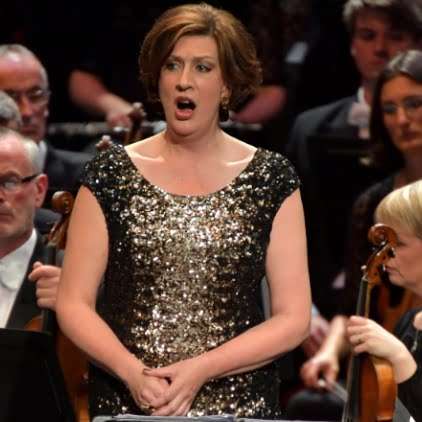 The Finale is music to which Haitink has always held the key and many were profoundly affected by the LSO’s unforced, always linear traversal. Again the conducting offered no false consolation, moving quite swiftly forward without micro-management. Abbado’s de-vulgarised ending in which he took down the timpani to a modest mezzo-forte, rebalancing the very end to encompass a resonant bass-led swelling, was not on the agenda here. It didn’t seem necessary, such was the nobility of the reading and, Haitink persuaded us, of the score itself.

Only the hysterical, mood-destroying roar of applause at the close and the scrofulous pink TV lighting left something to be desired, the latter tailored to the requirements of the Late Night David Bowie Prom which followed. There was nothing hastily conceived about this Mahler 3 and the standing ovation felt more appropriate than usual.