“A celebration and reinterpretation of the music of David Bowie with the Berlin-based, genre-defying musicians’ collective s t a r g a z e and its Artistic Director André de Ridder. They are joined by guest singers and collaborators – including Michel van der Aa, Jherek Bischoff, David Lang, Anna Meredith, Greg Saunier and Josephine Stephenson – to re-imagine the Bowie catalogue with fresh settings of classic works.” [BBC Proms website] 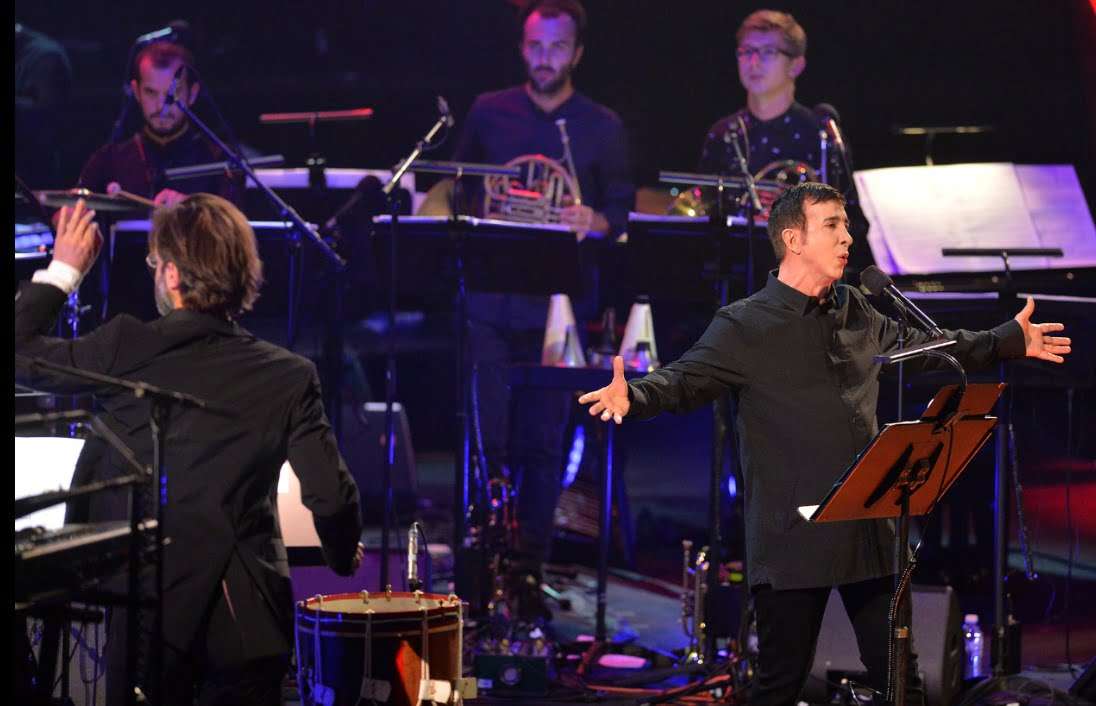 Whether or not this late-night Prom would have taken place had it not been for the untimely death of David Bowie seven months ago, the opportunity to reposition arguably Britain’s greatest post-war songwriter as an icon of ‘contemporary classical’ music was too good to pass over.

Featuring a notable line-up of singers plus an international roster of arrangers, this project was curated by André de Ridder – his highly versatile s t a r g a z e ensemble providing musical continuity across a range of not necessarily familiar songs from the Bowie songbook.

With its array of strings, winds and tuned percussion, s t a r g a z e made for an admirable backing band for all that many of the arrangements fell into that post-minimalist lingua franca that has straitjacketed mainstream classical composing this past quarter-century. How else to explain the lethargy of ‘Warszawa’ which launched the evening, and while Neil Hannon had the Bowie idiom off to a tee, his lacklustre rendering of ‘Station to Station’ hardly galvanised proceedings any more then Conor O’Brien’s reverential take on ‘The Man Who Sold The World’ (a cameo from Lulu was sorely needed). 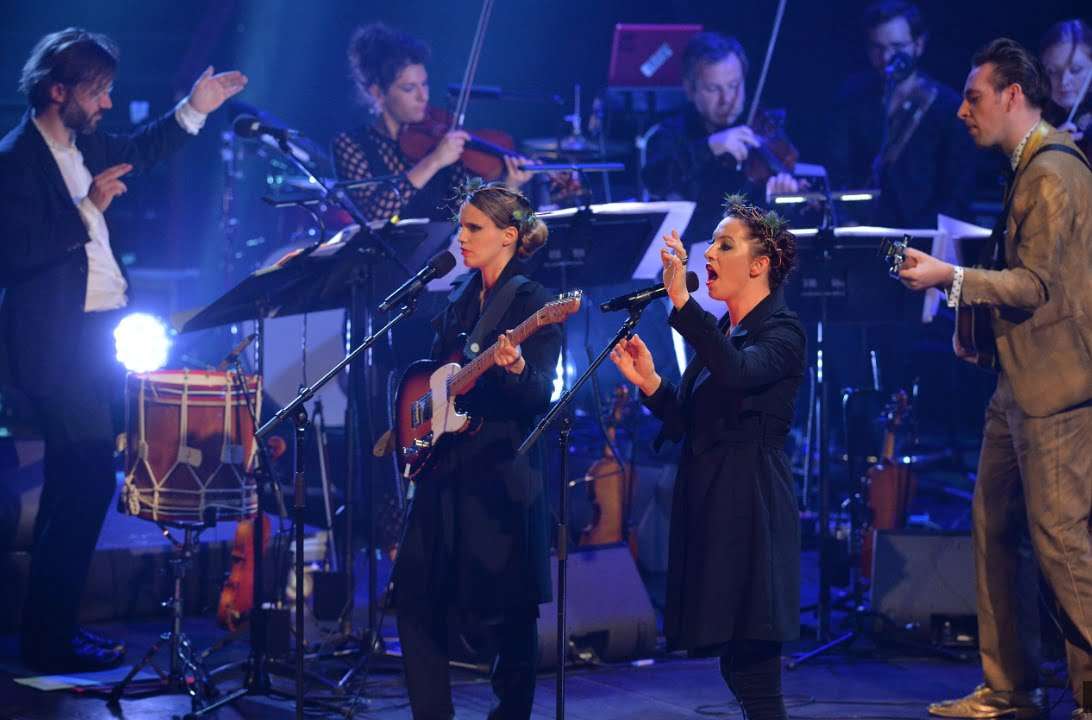 Hannon’s poised world-weariness in ‘This Is Not America’ (a jewel buried in the soundtrack to a mediocre 1980s’ film) marginally upped the ante – despite the dutiful rapping of Elf Kid – while Marc Almond emoted enthusiastically in ‘Life On Mars’, but it was Anna Calvi who injected much needed dynamism with her darkly ominous take on ‘Lady Grinning Soul’. Paul Buchanan made his first appearance with a wistful run-through of ‘Ashes To Ashes’, while Laura Mvula caught the aggression but not always the irony of ‘Fame’.

The latter two singers then kicked off a trilogy from Bowie’s swansong Blackstar, ‘Girl Loves Me’ as responsive to their confiding interplay as ‘I Can’t Give Everything Away’ to Buchanan’s soulful rendering – though Calvi and the currently much-vaunted Amanda Palmer were rather outfaced by a seismic organ contribution in the epic title track. Palmer’s take on ‘Heroes’ was little more than stylish karaoke, whereas Philippe Jaroussky brought an ethereal eloquence to ‘Always Crashing In The Same Car’ as jarred inevitably with Almond’s take on ‘Starman’ – for all that the latter’s unbounded enthusiasm audibly won over the audience. 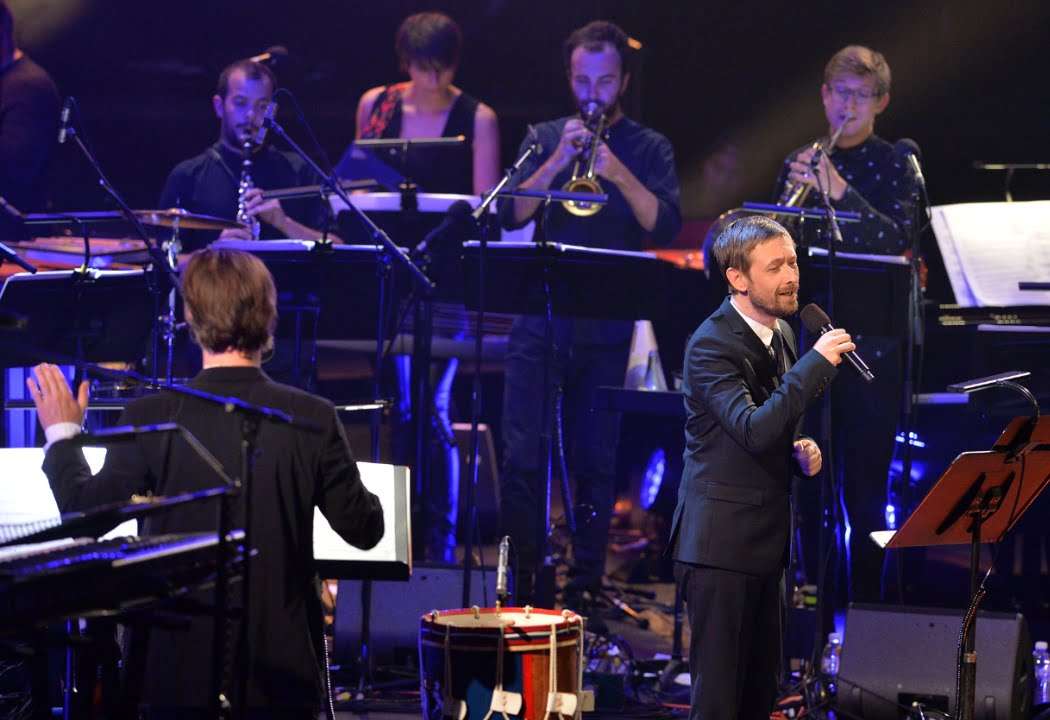 It remained for a fetchingly attired John Cale to provide the evening’s highpoint – first with his smouldering ‘Valentine’s Day’, then alongside Calvi for a surging rendition of ‘Sorrow’ (a Bowie ‘Pin-Ups’ cover of the 1960s’ band The Merseys), and finally in tandem with the House Gospel Choir for a surprisingly though persuasively elegiac take on ‘Space Oddity’. After which, a rendering of ‘After All’ featuring most of those present sounded an unwitting note of post-Brexit gloom.

Opinions as to the success of this venture will doubtless centre on whether the Bowie canon should be reappraised in this fashion. If the response is yes, then the evening represented a thought-provoking yet only partially successful step along a lengthy and unpredictable road. Not that André de Ridder or s t a r g a z e could be found wanting for their commitment, which was no less evident in an incisive arrangement of ‘Let’s Dance’ to send people home in suitably upbeat mood. Wherever he may be, the man himself would surely have grinned his approval.