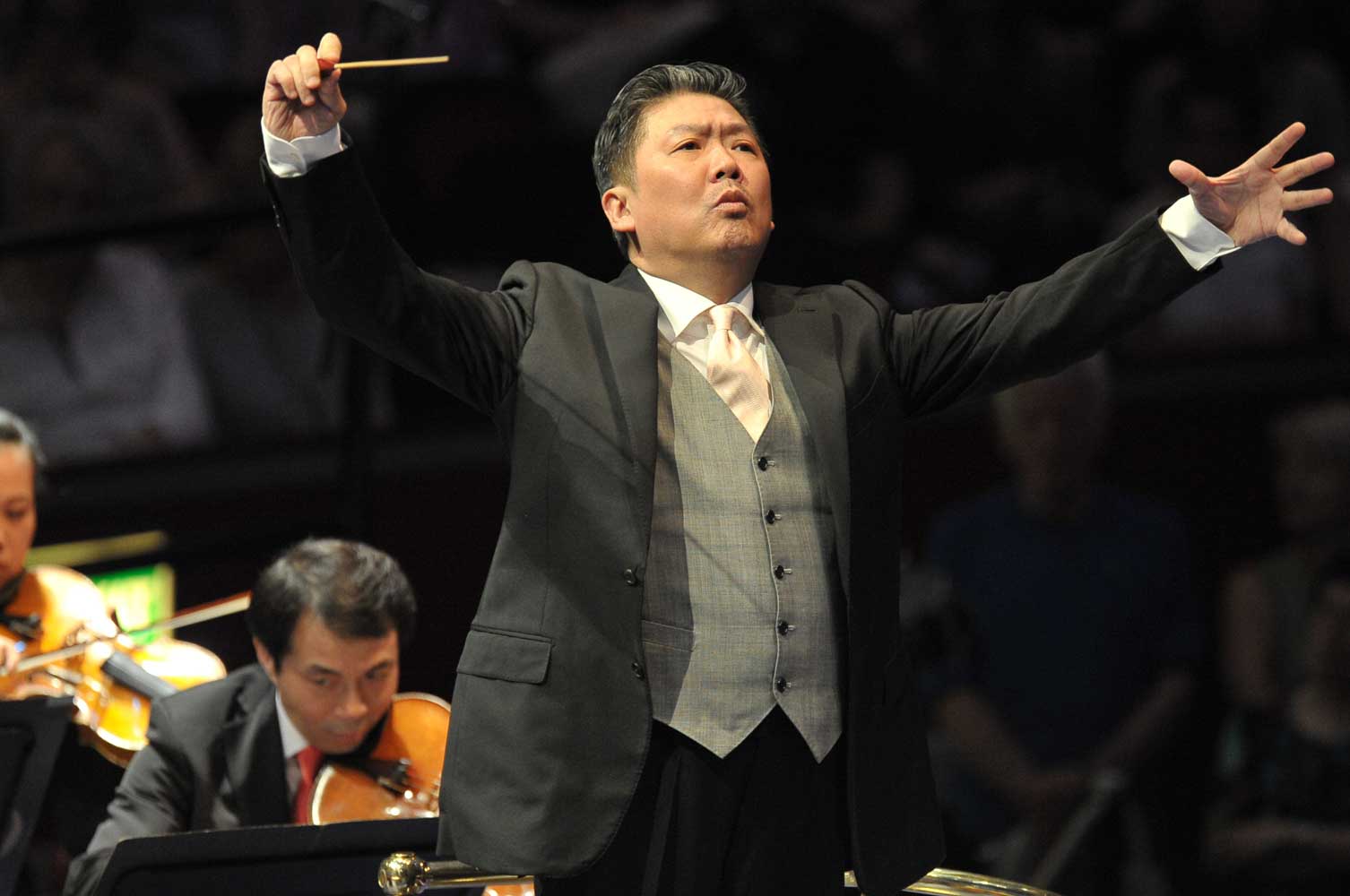 Since the end of the Cultural Revolution in 1976 western classical music has regained its previously banned presence and is now thriving amongst the wealthier elements of Chinese society. There are over a dozen permanent symphony orchestras, and Shanghai, for instance, has two – one being part of the city’s opera house. If the China Philharmonic Orchestra, founded in 2000, represents the crème de la crème of Chinese talent its title should not be interpreted as a gathering together of only a tiny number of available proficient musicians.

The Artistic Director and Chief Conductor Long Yu is clearly an orchestral trainer of some talent, though on this evidence not perhaps the most imaginative of interpreters. As a nod to the host country, the orchestra started the evening with an efficient but rather metronomic account of Elgar’s march. Could Sir Edward ever have imagined that his music would be played by a Chinese orchestra? Then it was on to the Tchaikovsky, given a neat and tidy performance, rather than one that effectively explored the drama of the battle between the Montagues and Capulets, or the expression of love between Romeo and Juliet. If the conducting was somewhat lacking in imagination the performance did give listeners the chance to appreciate the warmth of the string sections, the fine and distinctive tonal qualities of the woodwind soloists and the impressive agility and solidity of the brass. The only surprise lay in the unusually cutting sound of the horn section, dominating the texture when this should not have been so. 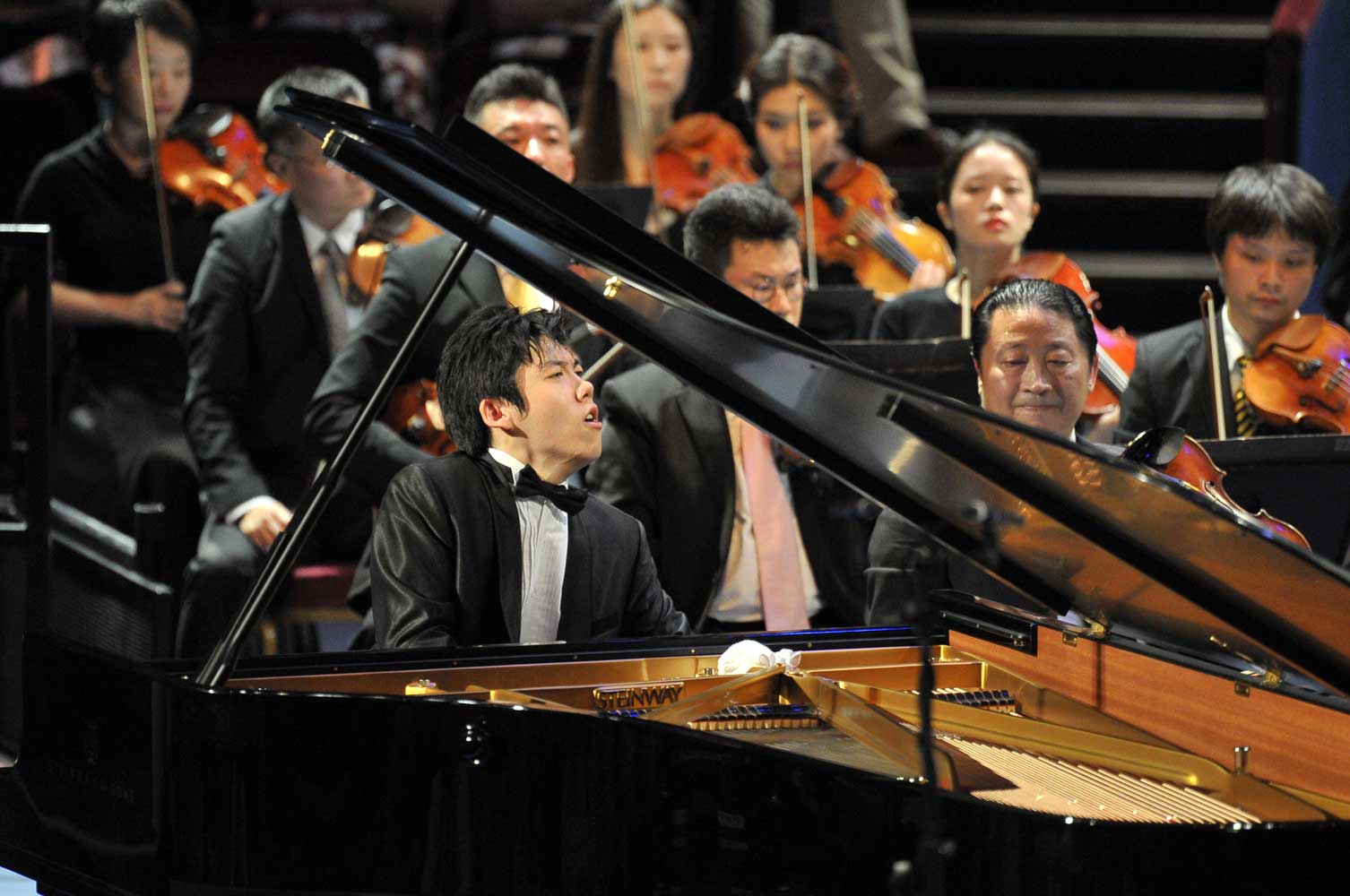 In Liszt’s First Piano Concerto Haochen Zhang, Gold Medal Winner at the 2009 Van Cliburn Piano Competition, showed himself to be another very fine artist from the People’s Republic. He brought a very individual approach to the work, often unexpected in choice of phrase and changes of pulse, but intriguingly re-creative and usually convincing. Also unexpected was a fairly substantial break of several seconds between the opening Allegro maestoso and the work’s second section (the work plays continuously). But the unusual ploy seemed to make sense on this occasion. As an encore Zhang played Liszt’s La campanella, again in an attractively quirky fashion.

In his note for the programme, Qigang Chen wrote that Eternal Joy, the name of the melody that forms the basis of his work for trumpet and orchestra, is “an important ‘gupai’ (named melody) from the repertoire of ‘kungu’, a longstanding Chinese operatic form”. He wrote the work for Alison Balsom, and admits that he deliberately set up a lot of challenges for his formidably gifted soloist. Chen spent several years in Paris, even becoming a French citizen in 1992, and the Gallic influence on his delicate scoring is evident. At first the soloist has a fairly plain role as she plays the melody and some variants on it, but sure enough matters soon become more complex and she is plunged into virtuoso territory. The work presents few difficulties for the listener, since its language is quite conservative in nature.

The Ravel-orchestrated Pictures at an Exhibition makes fewer interpretative demands on a conductor than many mainstream repertoire classics, but it does require orchestral virtuosity, and in this respect Long Yu’s talents were shown at their best. He secured playing that was mostly of a very high quality, and the result was a very satisfying and brilliant performance. As an encore the strings played Lia Tian Hua’s Wonderful Night, and then a violin and cello embarked on a complex duo that became revealed, as the full orchestra entered, as part of a set of variations on God Save the Queen. This was specially written by the orchestra as a present to the Proms; a graceful touch to end the evening.