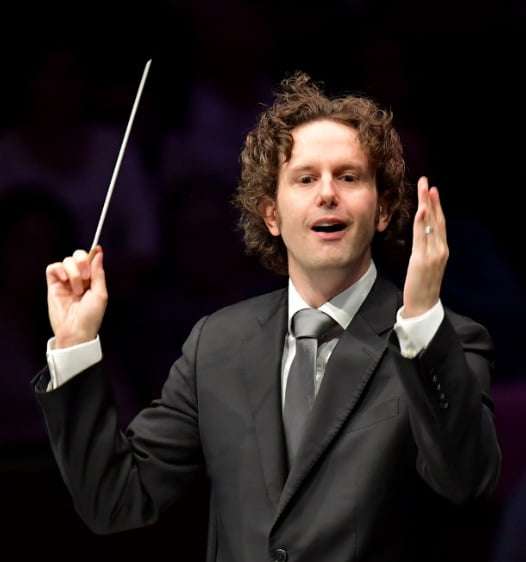 Exactly a year on, in the same matinee spot on the third Sunday of the Proms, the Aurora Orchestra and Nicholas Collon returned with their now stock-in-trade feat to play a classical Symphony from memory. In fact, following Mozart 40 in 2014 and Beethoven’s ‘Pastoral’ last year, Aurora and Collon have also memorised Beethoven’s Fifth for the Royal Festival Hall (knocking me sideways) and, next year, at Southbank Centre, will do the same for Brahms’s First.

Tom Service was on hand to introduce the music, including a brief explanation of the workings behind Wolfgang Rihm’s Gejagte Form; also an interview with François Leleux before he played the Strauss, and – after the interval – a hugely enjoyable dissection of the ‘Jupiter’ Symphony’s Finale. Starting with eight first violins, at Collon’s indication, each musician played ascending notes of the C-major scale. The audience was asked to sing-along with a series of notes, seemingly ‘(Somewhere) Over the Rainbow’, before practicing the opening four-note “hymn” from Mozart’s Finale (C-D-F-E). At Service’s enthusiastic suggestion we heard how second violins and violas take the theme, before cellos and double basses entered take it up. We then heard the three other component parts – the “climbing theme”, “fanfare” and “song” – and, with eventually the whole orchestra, how all these ideas combine, echo and intertwine. 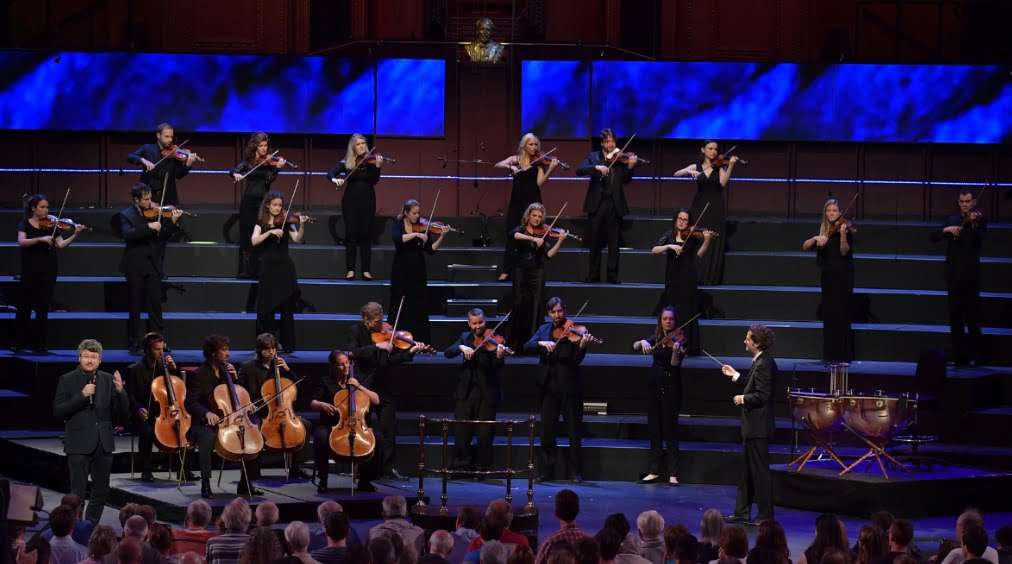 Having committed the notes to memory players can reform in any combination, although nothing as radical as the Beethoven encore at the Royal Festival Hall when Aurora’s players spread themselves out amongst the audience to replay the last section of the Fifth. Or as at Stratford’s Westfield shopping centre where Collon led the players in the outer movements of the ‘Jupiter’.

Back at the Royal Albert Hall, we started with Rihm’s Gejagte Form (in its revised version of 2002) – a hunt across the orchestra, propelled by two violins, the brass entering half-way through. From twenty-four players, the music ricocheted across the platform in its breathless trajectory. 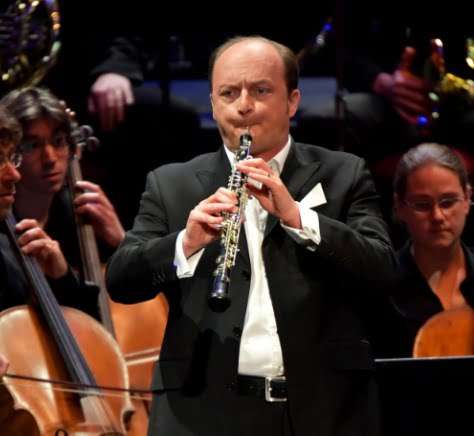 To cover the extended stage change Service welcomed Leleux for Richard Strauss’s elegant Oboe Concerto, composed in 1945. Leleux claimed that he finds he has more energy at the end than at the start of it. Eloquently practicing what he preached, his was a lyrically effortless rendition, with lovingly crafted accompaniment, the cor anglais player sitting in the front row adjacent to the violas, so closer to its soul-mate.

And so to the ‘Jupiter’ complete, all but the cellists and bassists standing. This was a thrilling performance, alive and alert. Rhythms were immaculately sprung, melodies relished and moods inhabited from within – music that lived and breathed, and the hustle and bustle of the Finale carried us high to the end. Joyful and triumphant, there can surely only be one place to go from here – a Proms Beethoven ‘Choral’ from memory. Please!