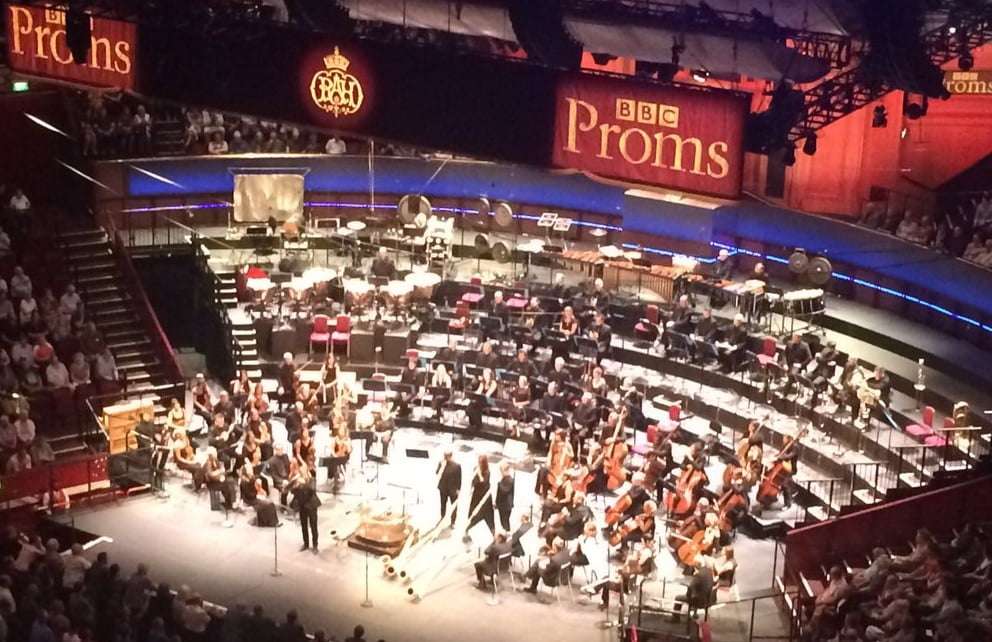 For this Prom, the huge open spaces of ‘The Barn’ in South Kensington were deliberately exploited in order to take us into the metaphorical outdoors or, to be more exact, the Alps of Austria and south Germany.

Mozart’s Notturno for four orchestras (1776 or 1777) can sound repetitive when heard in two-dimension, as it were, on record, but here it came into its own with the principal ensemble on the stage of the Royal Albert Hall and the three subsidiary or ‘echo’ ensembles placed at the back of the Arena, in some boxes, and up in the Gallery respectively. With Ilan Volkov’s judicious tempos for its three movements and the venue’s more generously resonant acoustic than would have been experienced by Mozart’s first audiences of Salzburg aristocracy for this plein air entertainment, the ricocheting phrases among the four sections of the BBC Scottish Symphony Orchestra dovetailed with each other gracefully. In a different sense, it became almost atmospheric or background music as it hovered in the air, rather than projecting an emphatic musical argument for conscious appreciation.

Despite its innocuous title, Georg Friedrich Haas’s Concerto grosso No.1 (2014) evokes the natural scenery of the Vorarlberg (the westernmost region of Austria) where he was brought up, not as a pretty picture-postcard of high peaks and meadows, but rather as a psychological landscape fraught with fear and trembling. In that respect it is more akin to his earlier and longer work in vain, though also less varied in its textures and structure. The generic title is something of a misnomer: ostensibly a dialogue between the looming calls of the quartet of alphorns (the concertino) and the more dynamically pulsing chords of the orchestra in the intervening episodes; these stark juxtapositions generate comparatively little tension, and become predictable and harmonically static, precluding any meaningful development over the course of nearly thirty minutes. 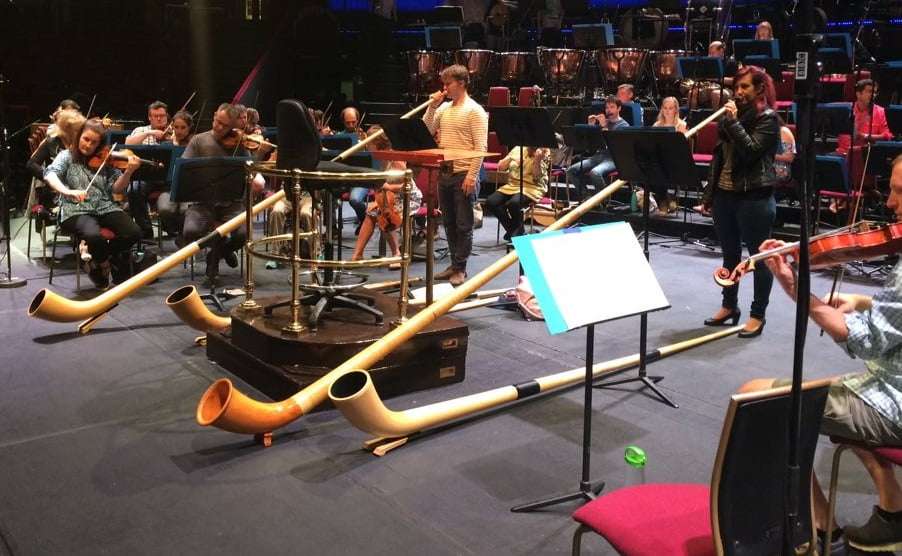 Haas selected the alphorn not only for its immediate cultural associations with the Alpine region, but also for the tonal possibilities it opens up through the series of overtones it can produce; the instruments used here (five among four soloists) were tuned differently because comprising different lengths. The spacious horn-calls of the Concerto initially created an ambiguous and searching character, like those at the opening of Nielsen’s Helios Overture, but with somewhat more complex harmonic relationships owing to their overtones. But thereafter the limited variation of Haas’s material and his evocation of a more inscrutable, metaphysical world is closer to the simplistic structure and effect of Charles Ives’s The Unanswered Question. Perhaps it is instructive to compare the genuinely strange soundscapes achieved by Messiaen with a single horn as he depicts the vast recesses of cosmic space in the ‘Appel interstellaire’ movement of Des canyons aux étoiles.

Volkov and the BBCSSO were by no means perturbed by the demands made on them, as they threaded the music’s passages into as convincing a whole as they could, so that in performance, at least, the work maintained a sense of direction. The Hornroh Modern Alphorn Quartet was unyielding in the sonorities they were called upon to sustain for sizeable stretches, allowing their harmonies to collide and expand as necessary. Lioba (by Balthasar Streiff) provided a haunting encore in which, over a solemn sobbing pulse of a repeated sequence of chords, one of the players took flight in song on a small or treble alphorn, starting lyrically, but breaking out into more extravagant trilling and fluttering. 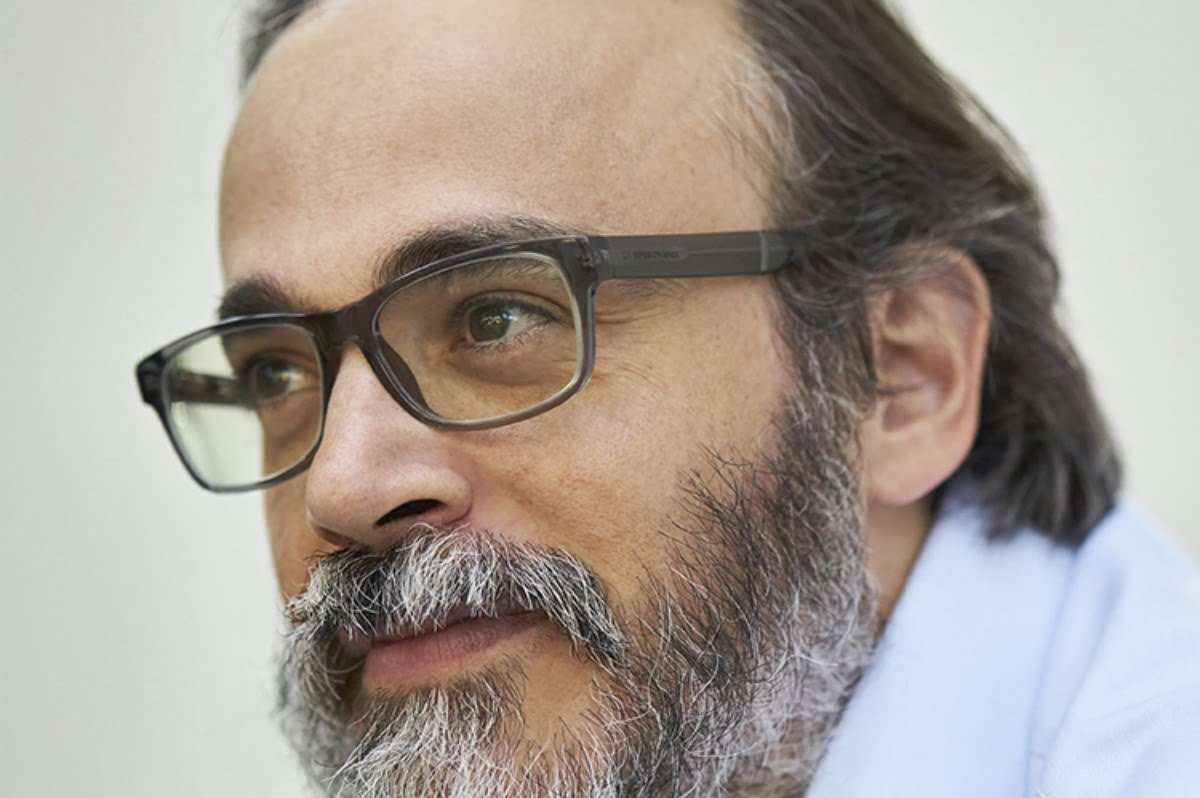 Haas’s Concerto formed some connection with Richard Strauss’s Alpine Symphony in that the latter begins and ends in a timbral haze of B-flat minor rather than any clearly-focussed sonic picture; and for all its vivid, graphic content, Strauss’s is really a work of musical philosophy, depicting the Nietzschean ascent of man’s spirit and dignity, and the insuperable force of Nature. Volkov’s account was generally rather foursquare, and although in other circumstances it may have been a relief to hear those musical mists at the opening and close with such lucidity and being able to trace the falling scales of the bassoons within that, here that literal approach to the score seemed quite wrong. Where mystery and tension should accrue in those opening bars, time merely passed and all of a sudden ‘Sunrise’ appeared without much anticipation. ‘Ascent’ was laboured (not exactly sehr lebhaft und energisch as per Strauss’s marking) with the roving theme in the lower strings not quite unanimous, and, given Strauss’s specific requirements, string-numbers fell short and could be thin-sounding.

Thereafter the music took off rather better as it called for more overt incident, such as the vigorous hunting horns of the extra brass (from London’s finest, including Hugh Seenan) placed up in the Gallery (though sounding more upfront than distant); a dark and frightening ‘Entrance to the forest’; charming pastoral detail for the flowery meadows and mountain pasture sequences; and a powerfully effective ‘Thunderstorm’ which thrillingly filled the Hall. For once, also, the sonority of the organ added gravitas rather than sounding merely twee, as other concert-hall organs often are compared to the mighty Father Willis instrument here. Nevertheless, other sections were merely episodic (not least the broad, expansive suspensions of ‘Vision’) so that, overall, the continuous score lacked structural integrity and sweep, sounding more like the musical equivalent of a series of holiday snaps rather than evoking the majestic indomitability of mountainous terrain.