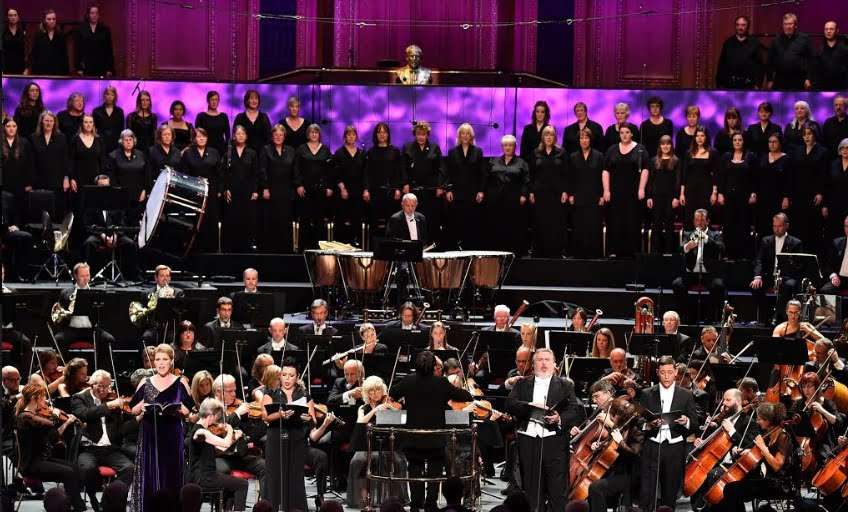 The programme note for Sir James MacMillan’s A European Requiem makes the point that it was composed before last year’s UK EU referendum, so that any political agenda that might accrue to the work will be solely in the ear of the beholder. Even so, it made a stark contrast against Beethoven’s vision of universal brotherhood in his ‘Choral’ Symphony, firmed up by MacMillan’s deconstruction of the ‘Ode to Joy’ anthem.

MacMillan’s point of departure is his acute sorrow at the slow erosion of European values, and his précis of the Requiem sequence (plus the mysterious inclusion of one ‘Alleluia’) asserts Latin as a once-unifying force as well as reminding us of his abiding Christian faith, which struggles on in the spiritual vacuum of secularisation. A European Requiem is a powerful, forty-minute-long work that pitches an embattled choir against the progress of the orchestra’s unstoppable force. The quiet sections – notably the ‘Kyrie’(s) and the ‘Agnus Dei’ – have a feeling of desolation that shrinks into itself and which adds to the ambiguity of the closing disintegration.

In MacMillan’s broadly sectional approach to the orchestra, the large percussion section thunders and glitters, there is much eloquence from the woodwinds and apocalyptic brilliance from the brass, and the strings offer much-needed warmth. The two choirs recreated the huge dynamic perspectives magnificently, and the two vocal soloists, both of them intensely direct, got to the core of MacMillan’s message – Iestyn Davies’s eerie, crooning ‘Kyrie’(s) and Jacques Imbrailo’s impassioned ‘Rex gloriae’ were outstanding, and it is not much of a stretch to imagine their tender ‘In Paradisum’ duet working well liturgically. Perhaps A European Requiem will next be performed in Brussels – the EU masters might get something from it, but I am not holding my breath. 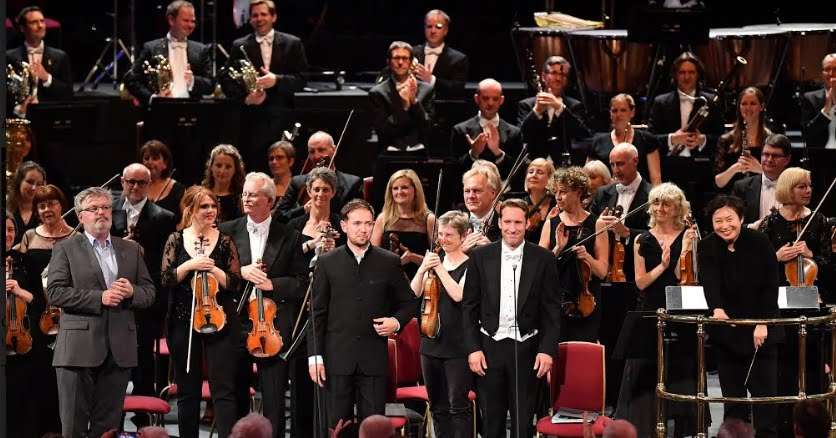 A European Requiem had its first performance at last year’s Oregon Bach Festival, commissioned by its former director John Evans, who died suddenly in March this year, aged sixty-two. It’s also worth mentioning that the Royal Albert Hall was packed to share in MacMillan’s mourning of the real European ideal.

The BBCNOW’s chief guest conductor Xian Zhang sustained the flow between the Requiem’s public and private plainchant-based music with unfailing momentum, and the same lightly applied pressure and tension underpinned the gripping account of the ‘Choral’ Symphony. Her propulsive, fiercely rhythmic conducting ensured that the first three movements were the means to an end, so that the introduction of voices in the Finale had a glorious inevitability. This was as far from being a megalomaniac reading as it is possible to get, Xian Zhang and the BBCNOW going out of their way to explore the music’s identity – a granitic opening that was chiselled away to reveal the first movement’s sweep and tension, an almost Soviet-style, superman drive to the Scherzo, and a romantic glow to the Adagio supplied by superlative strings. The two fanfare eruptions braced us for a splendidly exuberant final movement.

Alexander Vinogradov acted out “O Freunde, nicht diese Töne” as if his life depended on it, Simon O’Neill’s tenor solo was like an intoxicated Siegfried leading a beery march, and with Erin Wall and Sonia Prina the vocal quartet was incisive and perfectly in tune. The joint choir’s entry after the fugue was thrilling and loud, and its singing, from memory, delivered Schiller’s vision of the Creator in his Heaven with the utmost conviction. There was a tiny bit of political unrest in the laborious EU-flag unfolding from Prommers at the front of the Arena nearest the TV cameras, but it was feeble, and in the light of this life-affirming performance, pointless.