Haydn
Symphony No.104 in D (London)
Vaughan Williams
A London Symphony (Symphony No.2) 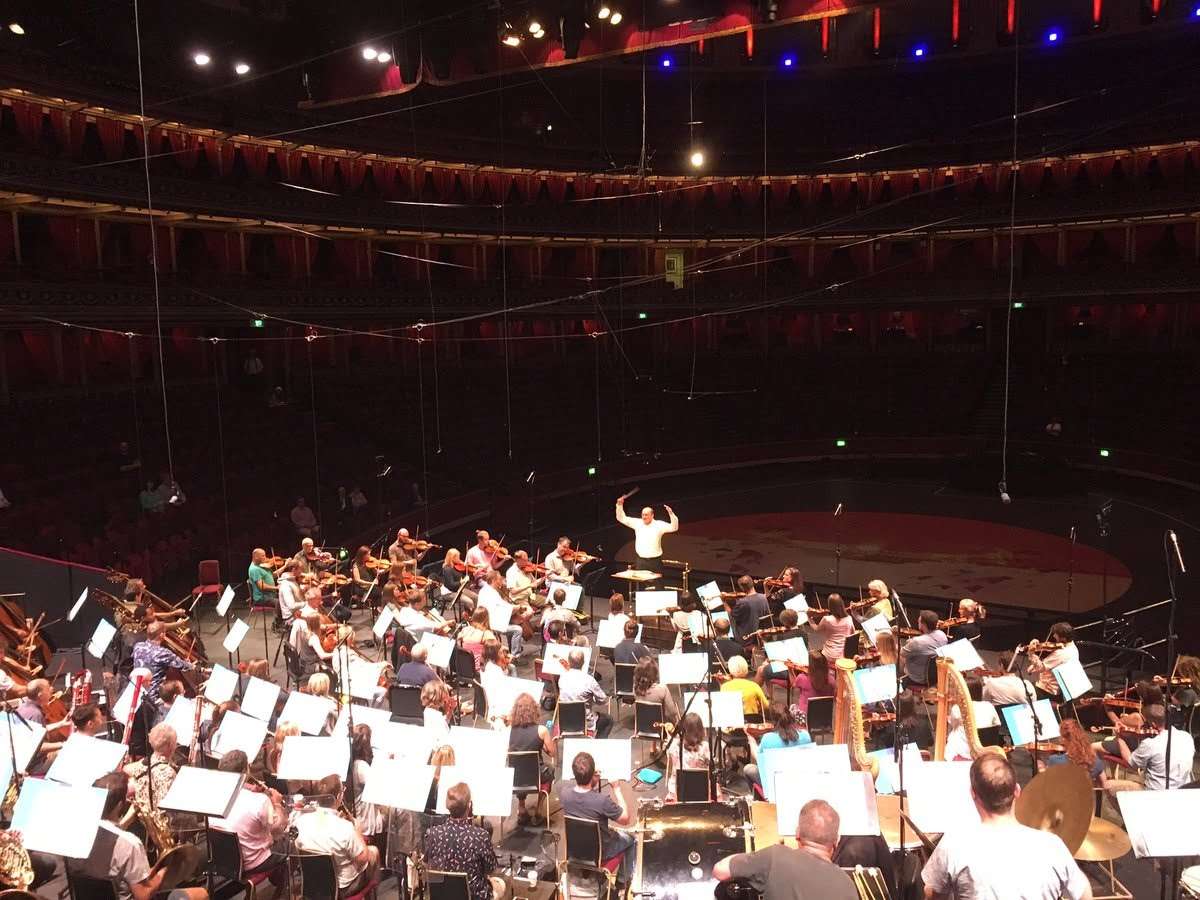 It is tempting to remember the good old bad old days in which this concert would have lasted a great deal longer. Time enough to accommodate John Ireland’s A London Overture perhaps. Or something by Eric Coates – plenty of Proms connections there. As recently as 2003 Leonard Slatkin and the BBCSO invited us to compare and contrast the ‘London’ Symphonies of Haydn and Vaughan Williams with the addition of William Schuman’s A Song of Orpheus (with cello soloist, Paul Watkins). The downside being that neither orchestral masterpiece was played with the forensic clarity on offer tonight. Indeed such is the perspicacity of Andrew Manze that cleanliness can threaten to seem like an end in itself in the more brightly-lit studio recordings of Vaughan Williams he is making in Liverpool. No such problems here, or in the RVW symphonies he has given previously at the Proms, most notably a programme of the Fourth, Fifth and Sixth in 2012.

2012 was also the year Bernard Haitink and the VPO gave what was, to my ears, a rather lax olde worlde account of the Haydn, flattered by the Royal Albert Hall’s customary glow. Manze was at once tauter and more easeful. There was nothing overly ‘authentic’ about his approach. He had the violins bunched together, seating the violas on the right. And rationing rather than eliminating vibrato he happily adopted mainstream tempos, unafraid to wind them down at paragraph ends. Most remarkable of all perhaps was the third movement Trio which was distinctively deliberate and made to anticipate Mahler. The conductor’s long flailing arms may look unorthodox but he has a profound connection with the players of an increasingly young-looking BBC Scottish Symphony Orchestra. This was wonderfully detailed and intimate Haydn, belying that sometimes ungainly ‘windmilling’.

It would be nice to report that the audience was uniformly attentive but while some listened in rapt silence, especially during the Vaughan Williams, others dropped things, coughed disruptively, smashed glasses and laughed when they did so – often in the quietest music. It is certainly high time the recorded announcements preceding each concert were revised to request a greater measure of decorum.

Manze’s approach to A London Symphony is to remove it to Paris, no texture left unbuffed, the influence of Ravel (and Debussy) plainer than ever. This was of course the standard concise score rather than one or other of the newly fashionable alternatives discarded by the composer along the way. In its earliest, 1913, incarnation the piece had been premiered under Geoffrey Toye at the old Queen’s Hall (home of the Proms until its wartime destruction), but by the time the composer himself directed A London Symphony at the Proms in 1934, 1946 and 1948 only his final version was in circulation. At what point interpretations began to slow down I am not expert enough to know but slow down they did.

Manze sometimes seemed to be attempting to reverse the process, coaxing playing of maximum character and freshness without the more obvious, lingering affection of a Barbirolli. The main body of the first movement set out at quite a lick – the atmospheric fog of old London too readily discarded? – and the sense of drive thereafter went along with such a wide range of expression and tempo that I sometimes missed the more generalised swing of André Previn in 1972. That said I’m not sure the LSO ever played this score as attentively as the BBC Scottish Symphony Orchestra!

The slow movement was done to perfection with heart-stoppingly evocative rising fourths from the horn even if the Largamente climax, rising up abruptly from the evening mist, was held slightly in check. The nocturnal Scherzo encompassed a Trio slightly over-studied for Cockney high spirits but that is to nit-pick when the movement’s hushed coda so effectively channeled expectant foreboding. At the risk of carping again one might observe that the Finale’s wonderful coda could have relaxed more but this was Manze’s interpretation and a passionate and joyous one at that, full of light. As I have suggested before, Vaughan Williams the symphonist belongs in the mainstream of concert life, not stuck in some dingy Anglo-Saxon corridor.