Concert Association of the Chorus of the Deutsche Oper Berlin 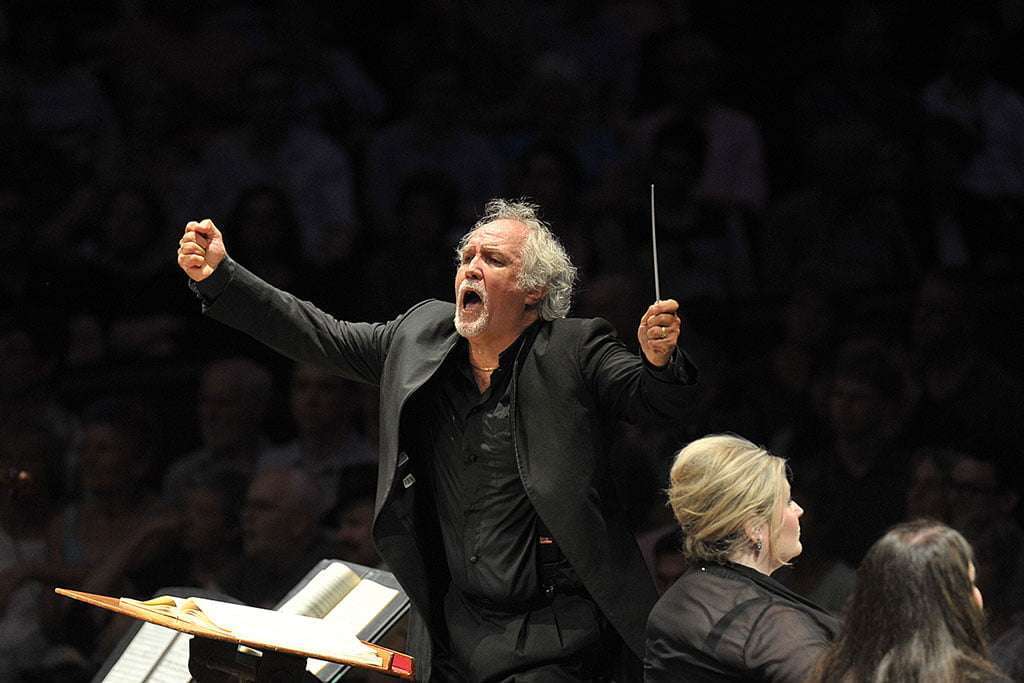 Donald Runnicles was conducting, and he was wearing two of his official hats, those of the BBC Scottish Symphony Orchestra and the Deutsche Oper Berlin.

Verdi’s Requiem here took root in almost imperceptible beginnings but it soon became gluttonous. The Royal Albert Hall was hot and the BBC’s creative team had gone lights mad – that or there’d been a grievous paint-sampling accident: sensitive then to Verdi’s warning against the use of theatricality in performance of his Requiem!

The Chorus inhabited its part. The men particularly were visibly and vocally affecting, one barking his commitment at a rather crucial moment early on. Aside from this one exception, these singers were rich, garish and transcendent. Subtlety there was not so much of. Hushed lines of text aspirated loudly – it sounded as though the choir had been divided in half, one lot singing while the others whispered; better to leave them to their own devices given they showed their dynamics to be versatile in the extreme. Diction, too, was bang on. 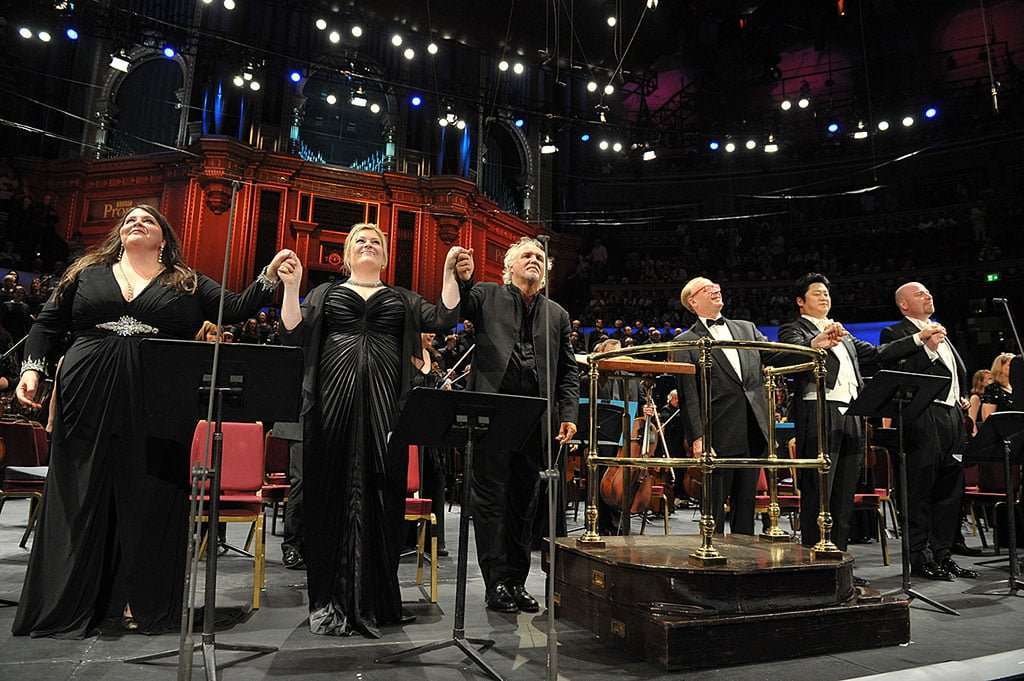 The soloists were ill-matched. If anywhere was to expose differences it was to be the opening of the ‘Agnus Dei’. Angela Meade and Karen Cargill sang in octaves and eventual unison and vowel placements did not complement. But it was more that the quality of their voices did not correspond: they were individual kinds of beautiful. Voice, face, gesture, expression, everything about Cargill was in focus. Meade seeped impossible sounds at her leisure, the voice silvering far away atop an invisible column. It wasn’t until the ‘Libera me’ that she bore her teeth. Lip-smacked consonants and Italianate Latin served Verdi’s music placed somewhere between recitative and chant.

Yosep Kang did not have a good evening. The first split came and went with his second word, but alas it was not to be the last. Though small of frame he was not small of voice, but he was too quiet for the ensemble passages. Raymond Aceto’s attention was forever on the front of notes. The quality, once each note had begun, though, was often free of harrumph. He occupied the music more than his soloist colleagues. What was not internalised found its way to his hands, which habitually swung wide before closing to the fingertips as if in prayer.

As for the BBCSSO, the strings buzzed their frenzied flight into the ‘Dies Irae’ for its second coming, the brass and horns flooded the texture at Judgement Day, where the off-stage trumpets cooked it less and were wondrous indeed. There is something about brass in the Royal Albert Hall that is like experiencing the inside of a ringing bell.

Further mention goes to leader Laura Samuel who bel canto-ed in duet with Meade, the cellos’ syrupy unison, Julian Roberts’s bassoon, and Heather Corbett who, characterful of Madam Mim, smacked the life out of her bass drum. Verdi’s Requiem at the Proms was never going to be apologetic.