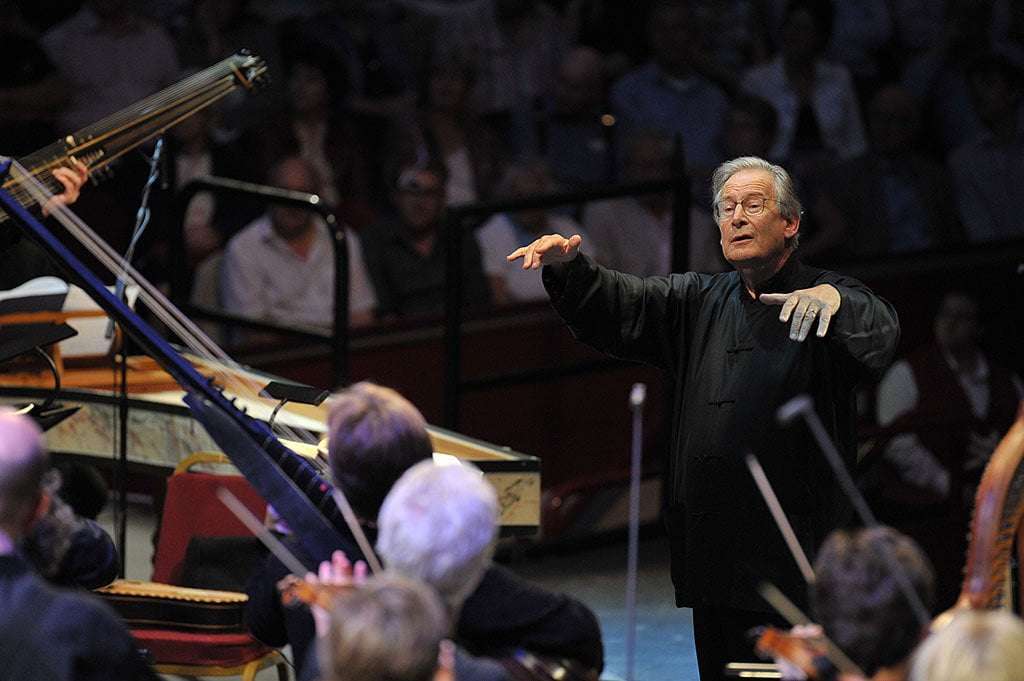 Opulence and animation in abundance marked this semi-staged performance of Monteverdi’s seminal opera, Orfeo. These were inherent qualities in Sir John Eliot Gardiner’s interpretation, rather than inculcated in order to compensate for the ungainly size of the Royal Albert Hall as the context for the intimate forces required for this early music-drama.

Variety was evidenced in the resplendent sonority of the brass in the fanfares; a choir of three-dozen members or so, creating a full-bodied and variegated sound; and in the instrumental ensemble, split between the continuo section on one side of the stage, and the melodic instruments on the other, though both were served by their own harpsichord, and the latter section with the addition of a harp and chamber organ. Flourishes on these instruments were imaginative but unobtrusive. The Monteverdi Choir frequently brought a madrigalian urgency to the choral passages, whilst Sir John Eliot saw to it that the instrumentalists maintained dramatic thrust to the intermittent ritornelli and sinfonias connecting the vocal narrative. 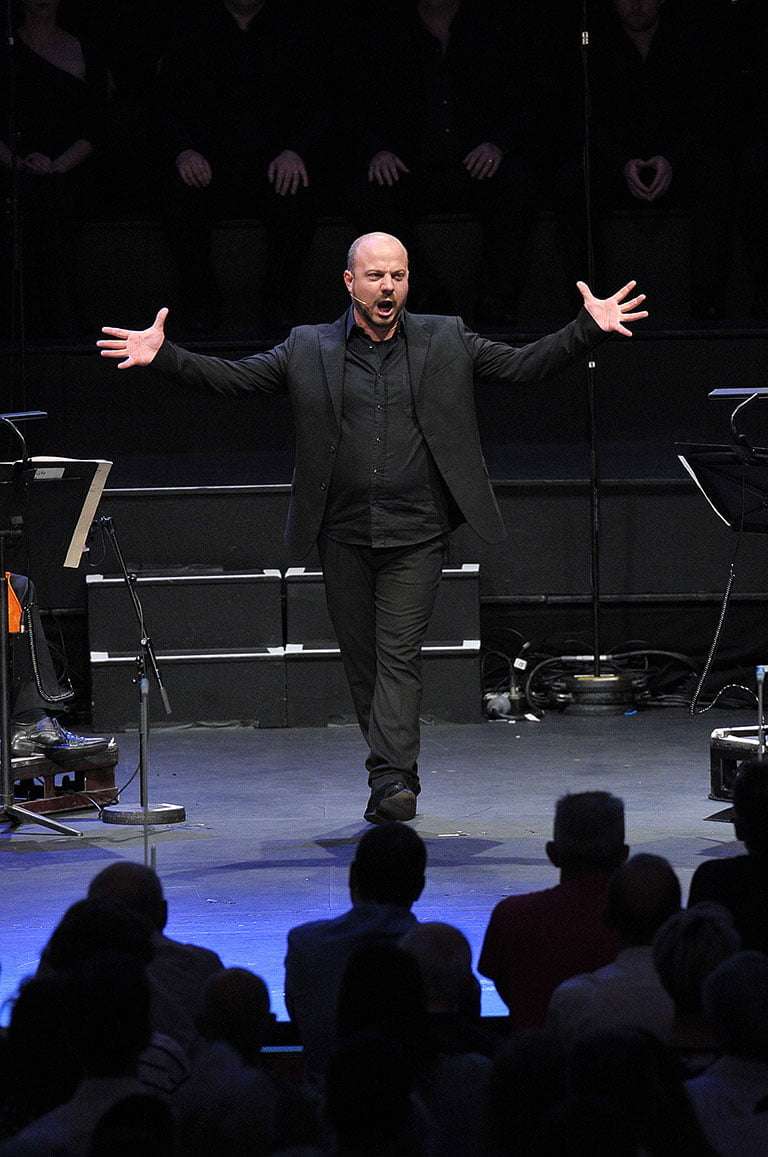 The cast of mostly-young singers was impressive. Krystian Adam took on the opera’s most extensive role as Orpheus, achieving naturally a range of vocal colours in bringing out the varying lyrical, anxious, and despairing aspects of the part. At times there was richness in his singing where he sounded close to a Romantic tenor. As his beloved Euridice, Mariana Flores was vulnerable and tender, though perhaps with a slightly brittle tone. It was a well-judged stroke of dramatic irony to cast Flores also as Hope in Act Three (where the goddess goads Orpheus on to the spirit of Euridice in the Underworld) which she sang with calm detachment and in a simple, unaffected manner.

In contrast, the embodiment of Music by Francesca Aspromonte was sensual and tantalising, her voice bright and incisive. She also sang the Messenger, and it was another stroke of theatrical genius to have her do this from the far edge of the Arena – her clear, disembodied voice cutting across the space, just as her devastating annunciation of Euridice’s death impales the charmed, happy world of Orpheus, and the Shepherds and Nymphs, like a knife. The expressive power of Monteverdi’s music here in alternating between major and minor modes surely prefigures Schubert in its dramatic impact.

Francesca Boncompagni’s Prosperina was alluring, and Gianluca Buratto sounded stern, even aggressive, as Charon and then Pluto. The Four Shepherds were appropriately contrasted among themselves in vocal delivery. Doubling up as Apollo, Andrew Tortise was aptly lucid and assured. 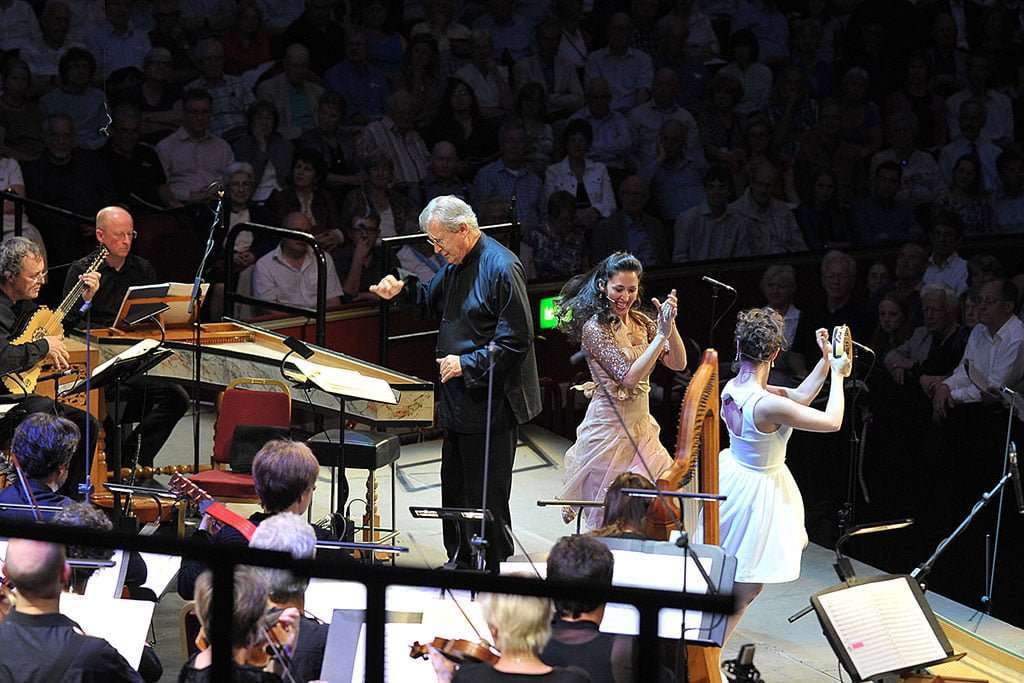 Visually, this performance also had much to offer. In the first two Acts, the ladies of the chorus wore different coloured dresses, evoking the colours and jollity of spring referred to in the libretto. They filed out at the end of Act Two, returning later in the next Act in black apparel as the Spirits of the Underworld. In the more extrovert choruses, the Choir made dance-like gestures and clapped, and the space between the instrumental ensembles enabled the soloists to come forwards and enact the drama (without props).

Altogether this was an account which served the dictates of the music, enabling it to speak with the same direct, expressive power with which it is must have struck its first hearers in Mantua four-hundred years ago.