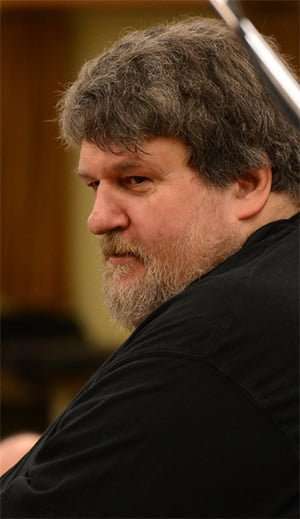 Oliver Knussen’s concerts are not amenable to hype – now past sixty, the conductor-composer directs sitting down, his gestures economical and to the point – but his BBC Symphony Orchestra dates are unfailingly stimulating. This one promised much: a 20th-century evening in which creative celebrities committed to unfettered self-expression, stylistic inclusiveness and ethical commitment enfolded the big figure who famously disavowed any such intent while offering the ultimate aesthetic switchback ride. For me the programme delivered in spades despite the fact that the performers must have been half-melted by the end. There were no cameras, no fussy lighting effects and a generally attentive crowd in attendance.

Arguably the most evocative of Hans Werner Henze’s descriptive orchestral works, Barcarola (1979) was written in memory of Paul Dessau, a friend, one of several significant German composers who threw in their lot with the Communist East and the husband of opera director Ruth Berghaus. Here the score marked Henze’s own passing last year. Like Rachmaninov’s The Isle of the Dead it would seem to depict the ferryman Charon rowing the dead across the River Styx, only here the direction of travel is less predictable. Wilder Bergian fragments of the traveller’s memory flare up on the horizon punctuated by the thrillingly brazen calls of Charon and his crew (at one point the relevant instrumentalists, trombonists, were invited to stand). That at least is one of the programmatic possibilities on offer. Did I imagine the echoes of music heard earlier this season? The opening plumbs the same depths as Britten’s Sinfonia da Requiem while the angriest climax and final, stratospherically spectral lull must surely be familiar to Thomas Adès whose weirdly-structured Totentanz declines through a succession of Austro-German musical archetypes. Given the neo-expressionist, inchoate character of the proceedings, it is difficult to imagine Barcarola being better played or made more translucent in effect, the score held aloft by the conductor at the end. 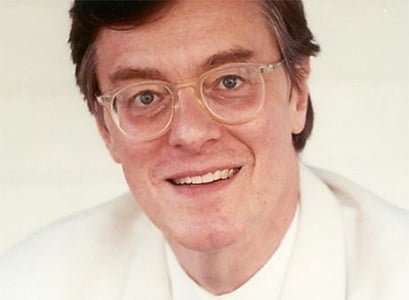 Back to maximally solid ground and rock-steady rhythmic units. Stravinsky’s Concerto for Piano and Wind Instruments (also involving double basses and timpani) can seem rather dry, but its hardcore neoclassicism – “Bach with pockmarks” as Prokofiev rather venomously described the style – is (or can be) leavened with a sense of wonder and mischief. It should have been a rare treat to hear Peter Serkin refresh a part designed for the composer’s own rather less-agile fingers but his restrained silken tone got rather lost in the resonant acoustic, at least from my particular perch in the Stalls. The piano itself sounded slightly out of sorts too, any tuning problem rectified during the interval. The accompaniment at least was ideally pointed.

The second half began with a reading of Movements infinitely more sophisticated and appealing than the composer’s own recorded pioneering effort. This is Stravinsky at his most intricately serial, exploring (in his late seventies) a succession of ‘advanced’ compositional techniques without sacrificing the trademark timbral pungency of his earlier self. The piano is not so much the soloist as the constant element in a sequence of astringent miniatures for varying instrumentation. Nothing to frighten the horses in 2013 but, beautifully prepared and genuinely phrased as it was, I was relieved that we were not asked to hear it twice (a Knussen trope). Serkin’s encore was a surprise: a Takemitsu song transcription in the Gershwin manner introduced sotto voce by the pianist. Utau dake or ‘I just sing’ was played with entrancing suppleness and transparency and will have won over any sceptic. Serkin, like Knussen a committed champion of the new, was making his belated Proms debut (aged 66) almost half a century after the release of his first solo recording (Bach’s Goldberg Variations).

As the orchestral layout was adjusted again, I fell to wondering about the demoralizing effect of Stravinsky’s defiantly short-winded music on Apollonian neoclassicists like the recently deceased Harold Shapero. His luminous output is not much remembered at the Proms or anywhere else. Less predictably, the recently late Elliott Carter has also been passed over this year.

Sir Michael Tippett, by contrast, is much featured alongside the predictable quota of anniversary Britten. The Second Symphony, one of Tippett’s strongest, most strenuously aspirational pieces, is plainly indebted to Stravinsky and follows him as far as Agon. The programme note by Geraint Lewis included an entertaining account of its difficult birth. At the premiere given by an earlier manifestation of this very band an orchestral mishap led Sir Adrian Boult to stop the performance and take the blame although the precise cause is still debated. The difficulties are for the players: the listener is, or should be, swept aloft. Like Martyn Brabbins at the Barbican a few months ago, Knussen failed to provide the sheer oomph of the late Colin Davis’s famous LSO recording but it would be wrong to conclude that the latter’s effortful manner is the only way to bring off this remarkable score. There was plenty of seamless floating into new areas of lyrical warmth and gentleness (to paraphrase Lewis’s text). Only the first movement tended to hang fire a bit. After that Knussen’s nimbler, easier manner came into its own, the eloquent instrumental solos compensating for leaner string tone. The slow movement remains one of Tippett’s loveliest, still in thrall to the ethereal world of The Midsummer Marriage (to be heard in its entirety later this Proms season) and, of course, unencumbered by a text. In the “additive” scherzo Knussen’s grace (and sheer accuracy) brought the music to life in a new way. No problems this time with the cadenza-like passage for piano and harp alone. The finale was as convincing as it is ever likely to be.

Might this symphony one day enter the non-specialist repertoire? The audience acclaimed it at least as vigorously as anything else on the bill, hothouse conditions notwithstanding. For whatever reason there was also some clapping after its opening Allegro vigoroso (as there had been after the first movement of the Stravinsky Concerto for piano and wind instruments). Once again a Schott publication was held aloft by the self-effacing conductor at the close. Knussen’s own work – of which we need more – is published by Faber Music.