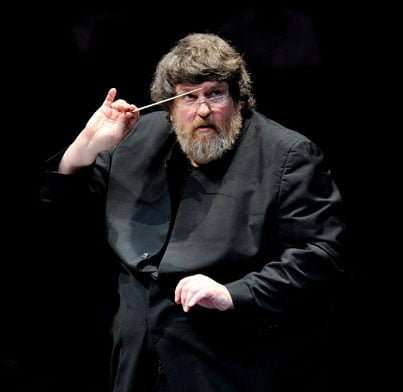 It is very easy to pigeonhole Oliver Knussen, and unfortunately some people do, yet anyone aware of his conducting craft – such as in Schumann’s ‘Rhenish’ Symphony, Richard Strauss’s Don Quixote and Elgar’s Falstaff (to name but three examples) – will know that he has a range beyond his characteristic championing of new and top-end-challenging repertoire, which he has long presented with conviction and insight as if it were ‘standard’.

This Prom included established glories from the orchestral catalogue that amassed to a mouth-watering programme, beginning with Paul Dukas’s The Sorcerer’s Apprentice, brought to wide appreciation through Walt Disney’s use of it in the original film of Fantasia. From Knussen there was nothing ‘mickey mouse’ about this account. It was atmospheric and suspenseful from the off, the conductor relishing Dukas’s superb orchestration, and also a palette of colours and a gamut of dynamics. For all Knussen’s meticulous approach there was room for wit and drama, the music flooding forward exuberantly, the BBC Symphony Orchestra fully prepared, keen and responsive.

Mark-Anthony Turnage’s viola concerto On Opened Ground (2002) has long been supported by Lawrence Power (he has recorded it for the LPO’s label), for all that it was written for Yuri Bashmet. In relationship to Seamus Heaney’s collection of poems, Opened Ground, and a title that puns the foundation of a chaconne, On Opened Ground is one of Turnage’s strongest scores. 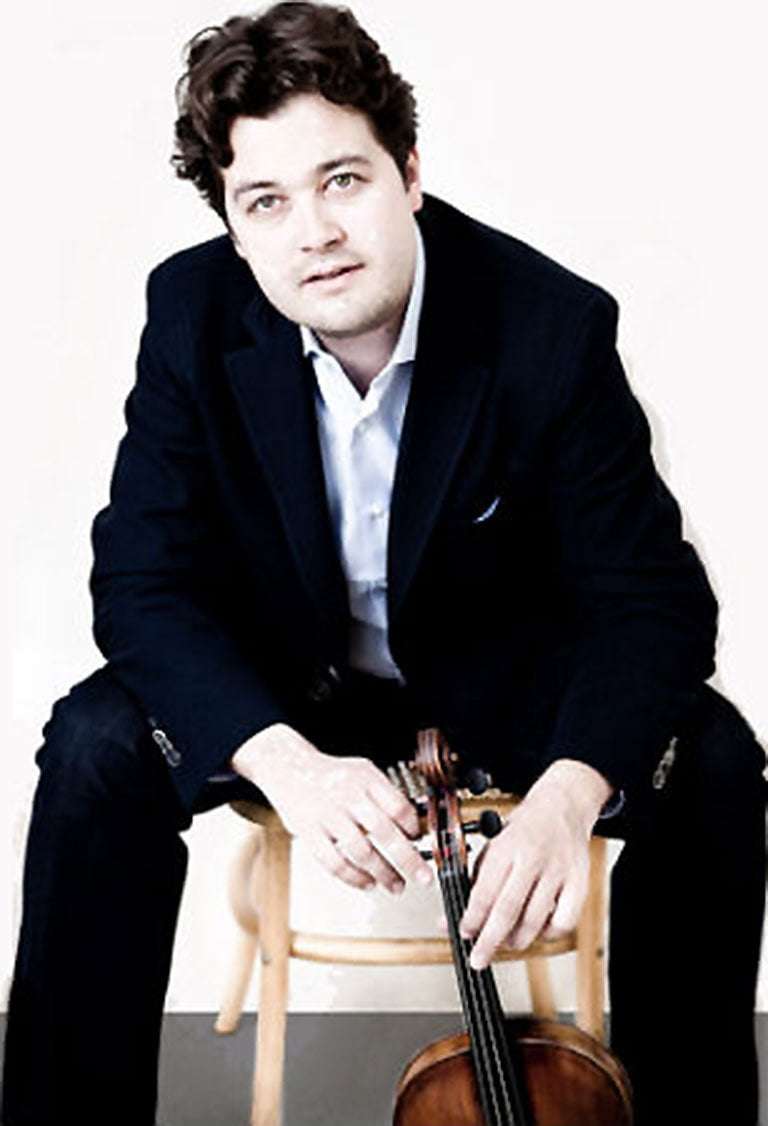 This Proms performance was meticulously balanced – Turnage calls for a large orchestra but never loses sight of the solo instrument, a reticent voice really, although Power issued muscular attack when needed. In two movements – ‘Cadenza and Scherzino’ & ‘Interrupted Song and Chaconne’ – the music can be pensive, acerbic – while electrifying the senses – and withdraw to dark mysteries and emotional fragility. On Opened Ground is an expressive and ear-catching piece and remains so in the more-complex second movement, veiled, translucent and simmering then dancing into something of a frenzy, angst then fading into a void. Power’s viola carried effortlessly and Knussen ensured not only a lucid orchestral response but you just knew these guys were on top of every aspect of this music. I wonder if Power, Knussen and BBC Proms might come together again for William Schuman’s Concerto on Old English Rounds, a substantial work for viola, orchestra and women’s chorus, and long overdue a revival.

Gunther Schuller, with associations to the New England Conservatory, Boston Symphony Orchestra and Tanglewood, passed away in June at the age of 89. He was one of the most versatile of musicians – composer, conductor, horn-player, a pioneer of ‘third stream’ jazz, an author on numerous musical subjects, and an arranger, not least of Scott Joplin’s music at a time, the early-1970s, when it was having a renaissance, and reached global recognition, courtesy of Marvin Hamlisch, when it complemented The Sting, the movie itself starring Paul Newman, Robert Redford and Robert Shaw.

Schuller’s Seven Studies on Themes of Paul Klee (1959) was commissioned by the Minneapolis Symphony Orchestra and Antal Dorati who at the time recorded it for Mercury, and which remains available. The Klee paintings are Schuller’s starting point for short movements that pack much imagination into his responses to Klee’s artistry.

This suite reveals Schuller’s comprehensive musical talent, his ability to absorb so much and to put it back as being his own (just like Stravinsky did). Whether the rigour of Schoenberg’s twelve-note system, or the coolness of modern jazz, the Klee Studies teem with references and descriptions, a large orchestra used with economy so that each vignette is different if linked by Schuller’s inclusive gifts.

’Arab Village’ was brought off with particular effectiveness, not least with the perfectly judged perspective for a distant flute, weaved enticingly by David Cuthbert, calling mysteriously from afar and setting up the exotic band that so remarkably brings us the sights and sounds of the title, written as if Schuller was a native. The sinuous beauty of the final number, ‘Pastorale’, stays long in the memory, as does the long silence Knussen sustained after its ultimate note. Once again, he inhabited the music.

Schuller taught both Knussen and Turnage, Knussen also mentored Turnage, and the American and the older Englishman found a mutual admiration for Scriabin’s music. The Poem of Ecstasy (1908), requiring the largest orchestra of the evening, was given with languor and patience, and always sure of its direction, Knussen’s discreet control of ebb and flow, and vivid volatility, adding to the intensity of an absorbing account, played marvellously not least in Natalie Chee’s ravishing violin solos and Alan Thomas’s heroic contributions on trumpet. When the floodgates did open, with rumbling organ and strident bell to the fore – the latter would surely have unlocked the Gates of Heaven (if not we’re all in trouble) – they did so with magnificent magnetism.

The annual Knussen Prom has long been a combination of enticing music and sterling performances, exactly as here. Wearing his composer’s hat, I wonder if we’ll ever hear Cleveland Pictures and Symphony No.4.