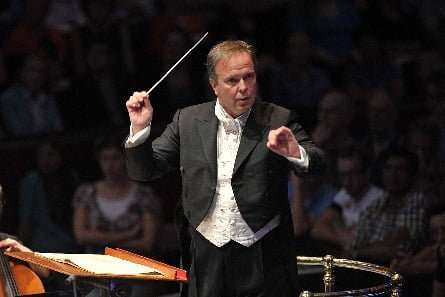 The hybrid term “opera-oratorio” captures the flavour of Oedipus rex very well. Bracing in its directness, searing in its impact, Stravinsky’s fifty-minute adaptation of Sophocles’s first Oedipus play may not be an obvious fit for the operatic stage but it provides aural drama of enormous power. The composer’s collaboration with Jean Cocteau was particularly happy thanks to their shared taste for spiky art laced with lyricism, and the distancing effect created not just by the Latin translation but by the textual repetition within vocal lines – along with the use, pre-Brecht, of anticipatory narration – honours the objectifying spirit of Greek tragedy.

Sakari Oramo unravelled the cold tale with a pitiless hand. He overlaid a monolithic male chorus (the combined BBC Singers and BBC Symphony Chorus) upon Stravinsky’s startling orchestrations in which various instruments periodically ‘go off on one’ like wayward souls in an ordered parade. The BBC Symphony Orchestra responded in kind, totally at home in Stravinsky’s percussive, primary-coloured soundworld. 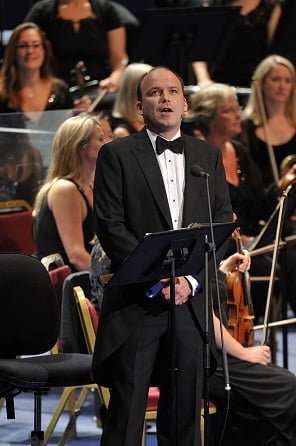 A starry solo team squeezed as much passion from the music as Stravinsky and Cocteau allow, and their struggle to characterise the stark raw material was in many ways its own drama. Even the Finnish bass-baritone Juha Uusitalo, whose single, vocally frayed intervention as Creon made for uncomfortable listening, overflowed with his character’s determination to seek out the former king’s murderer. Allan Clayton, a tenor who just gets better and better, was regally imposing but progressively terror-stricken in the title role and Duncan Rock an authoritative presence as the Messenger of Oedipus’s doom. Brindley Sherratt as Tiresias lent gravitas while Samuel Boden’s Shepherd contributed a moment of frantic energy.

At Oedipus rex’s’s centre lies one of the most expressively beautiful episodes in all Stravinsky, Queen Jocasta’s excoriation of the Oracles (“Cave oracula!”). Insinuating and sinuous, the extended scena is a gift for any mezzo – and something even richer, when performed as here by the mellow-toned Hilary Summers, for a contralto. As for the narration, although Rory Kinnear delivered it clearly and eloquently, even he could not entirely banish the suspicion that Stravinsky ought to have jettisoned this sporadic spoken intrusion at an early stage. But the cocksure Cocteau could be a hard man to gainsay.

The concert had opened with a well-upholstered account of the Overture from Beethoven’s music for Egmont. Oramo’s satisfyingly big-boned reading paid more attention to texture than to pointillistic detail, as when the horns poured cascades of gold over the orchestral wash from their raised position on the platform. It was as if conductor and orchestra had wanted to give the audience a little treat to sweeten them up for the hard work that lay ahead. 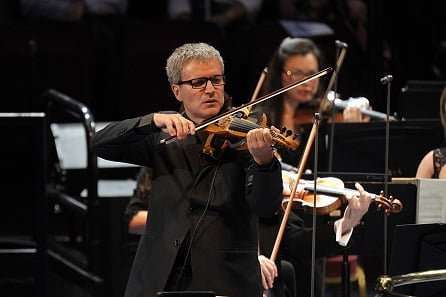 The Australian composer Brett Dean composed Electric Preludes in 2011 and 2012, and Francesco D’Orazio proved a committed advocate for its Proms debut (replacing Luca Francesconi’s Duende, which Leila Josefowicz had been scheduled to perform). While the performance convinced, I’m less sure about the piece itself. A six-movement work for six-string electric violin and string orchestra, this is not a composition that propels musical thought in a particularly original or even individual direction.

Dean’s problem is that TV and film have got there before him – in some cases long before. The second movement, ‘Topography’, belongs in a BBC Wildlife documentary, complete with the final flourish of an insect swarm; the third, ‘Peripeteia’, is redolent of Bernard Herrmann’s Hitchcock movie scores, and even the more impressive finale, ‘Berceuse’, in which D’Orazio’s instrument picks up the double basses’ growls and propels them ever upwards, ends up sounding more like a 1950s’ flying saucer flick than a lullaby. Only the penultimate section, ‘Perpetuum mobile’, hints at what might have emerged had a more convincing voice been at work. It’s innovative and exciting, like something Jimi Hendrix might have produced had he played the violin.

The soloist isn’t even solely responsible for his own sound – and Oramo made sure D’Orazio’s trio of knob-twiddlers received due recognition – yet heard from the side Stalls of the Royal Albert Hall the opening movement had sounded occluded, like music played over a disembodied tannoy. This was probably the effect Dean had in mind, but it brought an unnerving sense of alienation. I have not heard John Adams’s The Dharma at Big Sur, but there is probably a stimulating concertante work to be written for the electric violin one day. Dean’s isn’t it.