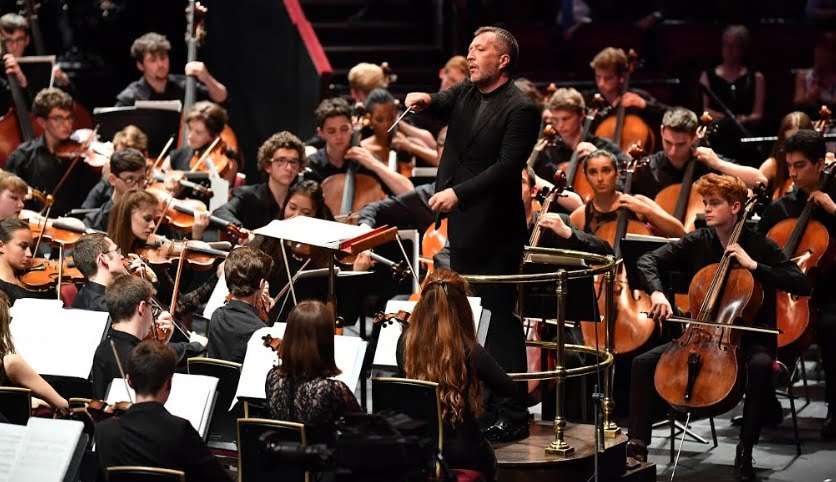 Three Proms traditions of different vintages elided in this magnificent concert, namely the almost-annual appearance of Thomas Adès, the National Youth Orchestra of Great Britain and Stravinsky’s Rite of Spring. That the NYO pulled it off triumphantly was all the more remarkable in that it had already performed the programme at the Snape Maltings and in Birmingham over the previous two days.

For many years the NYO’s visit to the Proms has been the most visible and perhaps the highest point of its annual activities. A special atmosphere is always palpable at these concerts, not least for adventurous programming. Adès’s own involvement with the Proms goes back even further than the statistics show (his music was first heard here in 1995). I can attest from my early days of promenading (1983 onwards) that he was a frequent attendee in the Arena in the 1980s and he subsequently played with the NYO as its keyboardist (unless my memory fails me he played the celesta in the 1987 performance of Schoenberg’s Gurrelieder under Pierre Boulez). 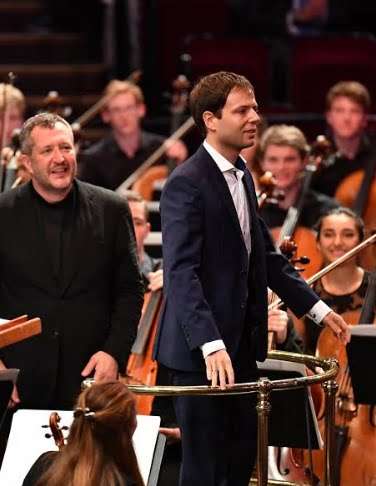 The first half of this Prom opened with Francisco Coll’s Mural. Coll is one of the rising stars of European contemporary music – a native of Valencia but resident for a number of years in London, not least for the purpose of studying with Adès; the only private student Adès has ever taken on and who has latterly championed Coll’s music to a quite remarkable degree and introduced it to the Proms last year in the shape of Four Iberian Miniatures. I found Mural hugely impressive.

It is cast in five movements and lasts around eighteen minutes (rather shorter than expected). Insofar as it has an extra-musical inspiration, the composer says “I somehow had it in mind that I was writing a ‘Grotesque Symphony’, where Dionysus meets Apollo.” Coll feels that Mural is the summation of a decade’s exploration of his musical language and brings that period to a close. Disjunction is certainly the order of the day, lending the work a surrealistic, self-contradictory character whereby the music seems to reinvent itself every few seconds. Even the more extended passages such as the threnody for strings that initiates the third movement twists into something very different just as it threatens to bed in. Or as when in the first movement a vulnerable cor anglais solo is wiped out by a clamorous din. (I have noticed in the last few years that hyper-changeability is becoming the lingua franca for young composers – Andrew Norman’s orchestral outrage Play being a good case in point. I have no doubt that doctorate theses are being written on the impact of the Internet and social-media on musical thinking.)

The twin ghosts of Mahler and Berg hover in the background of much of Mural, also the later music of Henze, I fancied, in some of the most over-stuffed writing (or perhaps that was the influence of Adès). Be that as it may, Mural is of enormous power and originality. Adès and the NYO manipulated the turn-on-a-dime gearshifts with breathtaking precision. For a variety of reasons, perhaps, Spain has not produced a classical composer of the first order since Luis de Pablo, some would say since Manuel de Falla. That state of affairs seems set to change if Francisco Coll continues to produce work of the calibre of Murals. 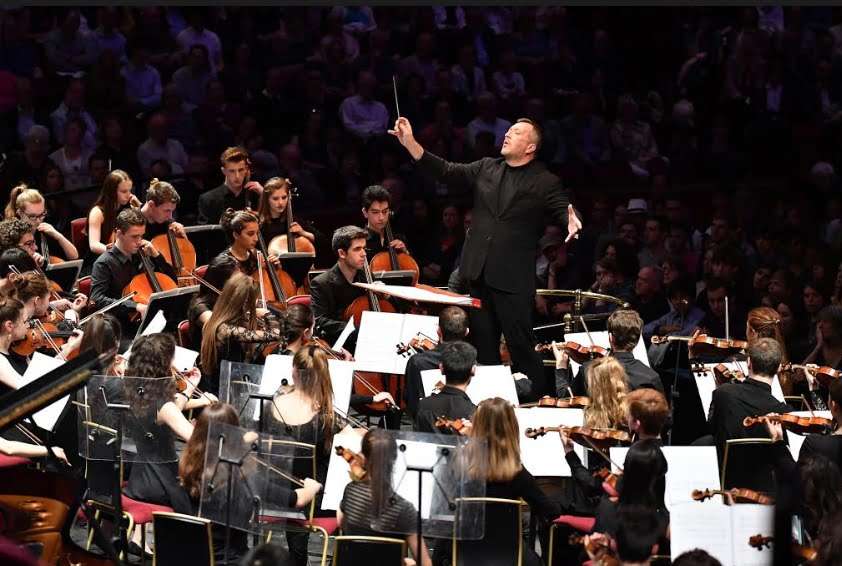 Adès’s Polaris uses spatialisation of brass instruments (in this case around the Gallery) as a means of moving the music out of its usual confines. Structurally there is a trace of the ‘journey thrice undertaken’ template common to a considerable number of recent orchestral works and ultimately traceable back to several Mahler Symphony Finales, most notably that of the Sixth.

Although their soundworlds have little in common, I was also struck by an architectural similarity between Polaris and the eponymous first movement of John Adams’s Naïve and Sentimental Music, heard in these concerts three days beforehand. In each case an idea of ear-catching simplicity sets sail (thrumming major triads on harps in the Adams, a pentatonic figure in regular rhythm on piano in the Adès). Gradually it is invaded by other notes from outside the expected pitch spectrum and eventually saturation point is reached after which a textural thinning-out is achieved by a re-emergence of the originating motif. In the case of Polaris this blossoms into a magnificent quasi-gamelan texture that eventually issues into the thrillingly grandiose clinching gestures. Prior to this performance I knew the piece only from its two recordings, where this peroration seems almost ‘too much’ for what has gone before. No such feeling at this Proms account, which also revealed a wealth of detail not readily audible previously, Polaris the worthiest possible successor to Adès’s Asyla and Tevot.

In The Rite of Spring, would the NYO’s energy and accuracy levels finally flag? It took bassoonist Lucy Dundas two seconds to dispel these questions when she floated the first note of the opening phrase in such a way that it seemed to hang forever in the RAH airspace and turned out to be the trigger for a series of perfectly taken wind solos in the insect-gnawing, ice-thawing ‘Introduction’. The precise rhythmic articulation that then ensued in the ‘Dances of the Young Girls’ proved emblematic. 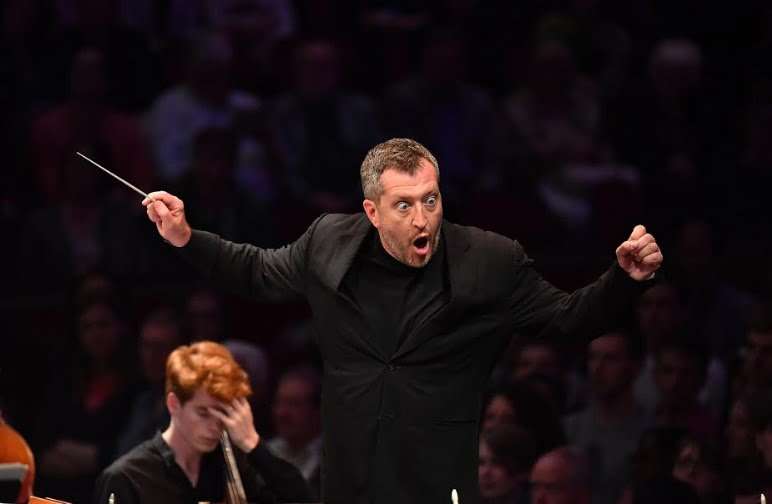 In the course of some fifty years of listening to the Rite, I have formed the view that the best, most electrifying performances are those that understand that the visceral excitement the piece generates comes from keeping the pulse and rhythms locked tight as a spring, letting the orgiastic elements emerge naturally. If the ‘fauvist’ elements are given centre-stage, you tend to get a reading of the type that presumably led to Lukas Foss (as cited by Frank Zappa) describing the Rite as merely “bigger and better Rimsky-Korsakov.” Boulez’s interpretation, although it evolved over time, is the paradigm of the former approach. And the Adès/NYO performance was emphatically in the same vein and in the same league. It would be invidious to single out further players, but – to be invidious – the hair-trigger reflexes of the timpanist Jonathan Phillips were the lightning-rod for many thrilling moments.

The Prom was a triumph for all concerned, the NYO in its fiftieth appearance at the Proms, apparently not otherwise noted – and, to paraphrase Stravinsky’s phrase, it was the vessel through which the music passed.