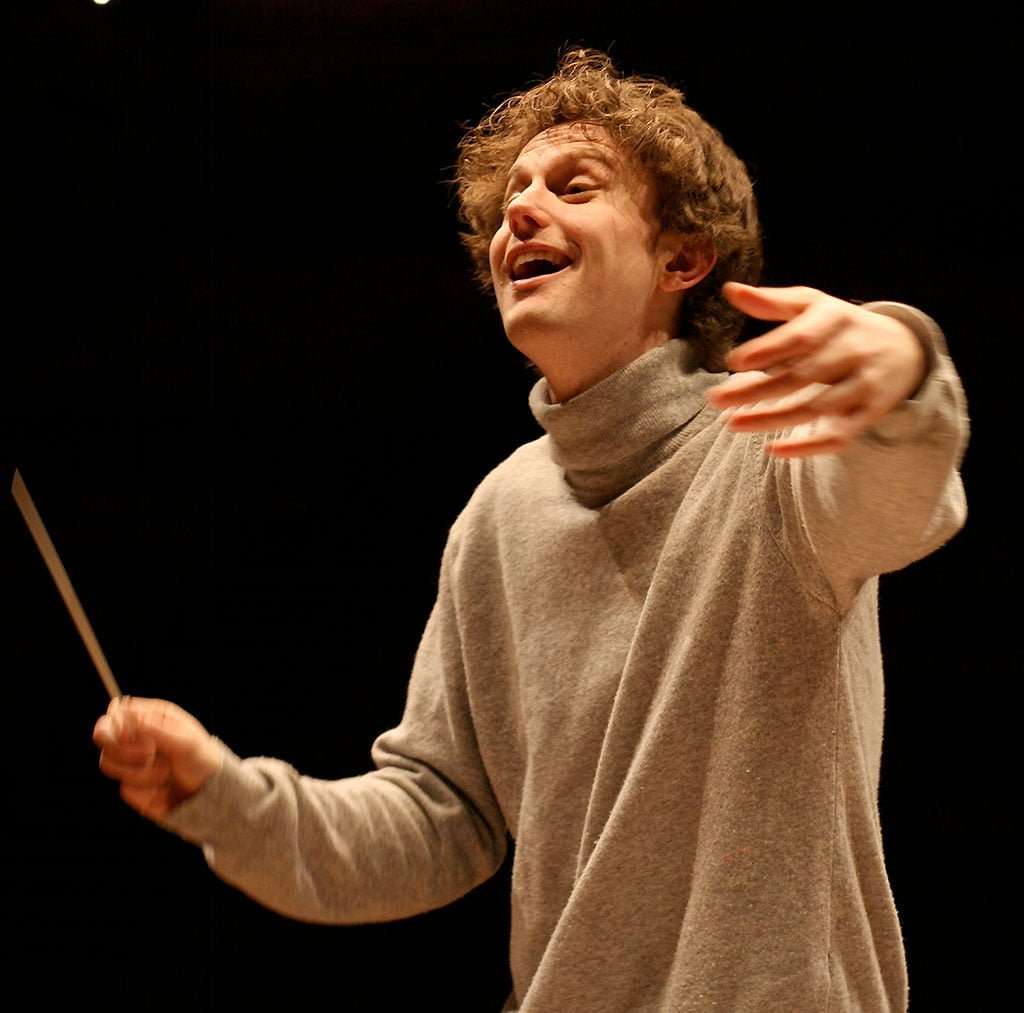 France and the dance seemed to be the connecting factor in this effervescent Prom offering the best of the BBC Philharmonic with Nicholas Collon. There were two French composers Ravel and Messiaen (and a third for pianist’s encore, but more of him anon) and – even though the programme fought shy of claiming French connections to the other two composers – I’d argue that there was a distinct French thread to bind it all together. I have to admit, though, that you can have too much of a good thing and the programme was probably too long, by the length of La valse.

Collon – first time conducting the BBC Phil at the Kensington address – had started the week at the Sunday matinee ‘memory’ Prom (with his Aurora Orchestra). He’d memorised the Idomeneo ballet music too, directing a pungent, propulsive account in ‘period’ fashion (with natural trumpets) to open the concert. I’d been a bit daunted by the suggested timing – 24 minutes – but the time whizzed with such infectious playing. (It was 22.) And the French connection? Well Idomeneo was influenced directly from Mozart’s recent sojourn in Paris and he purposefully adopted the French operatic stricture of including a ballet. 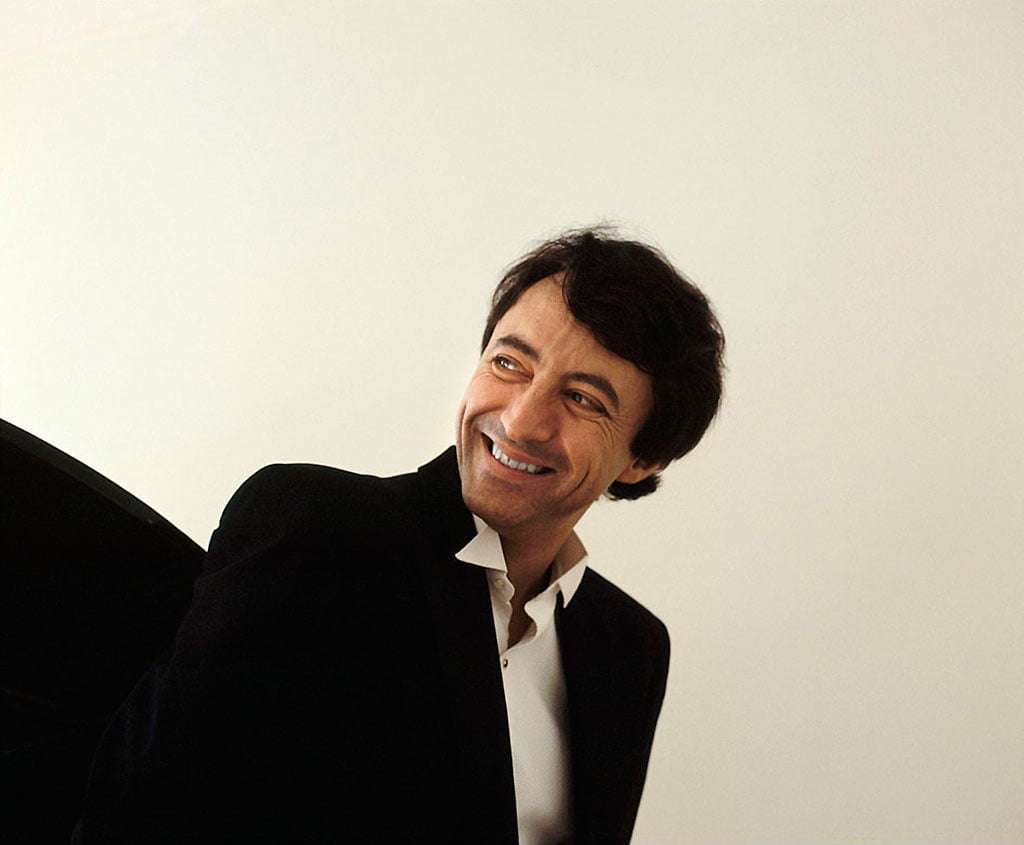 The genuine French repertoire started with Jean-Efflam Bavouzet’s sparkling rendition of Ravel’s two-hand Piano Concerto, both utilised in the upward and downward glissandos at the very opening, following the whip-crack in the percussion department. This was a performance of vivid detail, from distinguished wind solos to the limbo-like stasis of the first movement shared between Clifford Lantaff’s beautiful harp solos and the pianist. Bavouzet revealed just a hint of a darker side in the long solo opening the Adagio, especially in the repetitive pattern of left-hand quavers, like a halting waltz. In the outer movements he proved playful and mercurial (at one time prancing on the keys like a cat or a dressage horse, raising alternate hands high and plunging down), although even Ravel’s demands on digital dexterity paled before Bavouzet’s intriguing encore: Gabriel Pierné’s Etude de concert (Opus 13). Pierné conducted the first performance of Stravinsky’s The Firebird, in Paris in 1910. Expect some Pierné from Chandos next month with the BBC Phil and Juanjo Mena.

There was no doubt about the audience buzz during the interval after such performances, and more was to come. Two of the four works in the second half were only four minutes each. The first, indulgently requiring eleven percussionists, was Christopher Dingle’s orchestration of a short-scored but discarded movement from Messiaen’s Éclairs sur l’Au-delà…, wonderfully titled Un oiseau des arbres de Vie and also by the name of the bird it mimics, Oiseau tui. This piece about “a bird from the tree of life” is unusual in that only the call of the New Zealand tui is the source of the music; presumably the chatter emitted by tuned percussion. Incisive orchestral volleys snap out repeatedly but the bird’s song eventually peters out on three cellos for an abrupt end. It was annotated as a “unique performance”, but I really hope it’s not the last. When Dingle took his stage bow he held up both the score and an effigy of the bird that inspired it.

The other miniature – aptly – was Ravel’s ‘Oiseaux tristes’ (from Miroirs), as orchestrated by Colin Matthews, furthering his French expansions after the complete Debussy Préludes. Sombre and subtle, it proved a perfect companion piece to the Messiaen.

In between was Stravinsky at his most acerbic: his first piece on settling in America, but based in part on discarded music for a film, The Song of Bernadette, set in Lourdes (hence a French connection). Collon was as forthright and direct here as in the Mozart: clean and pugnacious in Stravinsky’s unemotional driving rhythms, but also finding something of a more delicate side. Once again the BBC Philharmonic, led by Zoë Beyers, was on top form (in a programme, remember, covering three of the last four centuries – hats off to the players’ adaptability).

Ravel’s La valse was a dance too far. Albeit well-played (if not quite as devastating, in its depiction of crumbling fin-de-siècle Viennese society as I’ve heard), I found it rather redundant in the programme, which could have ended successfully with the Stravinsky (the two premieres preceding it). There might then have been time – Knussen-like – to repeat the Messiaen and the Matthews. A great Prom, though.