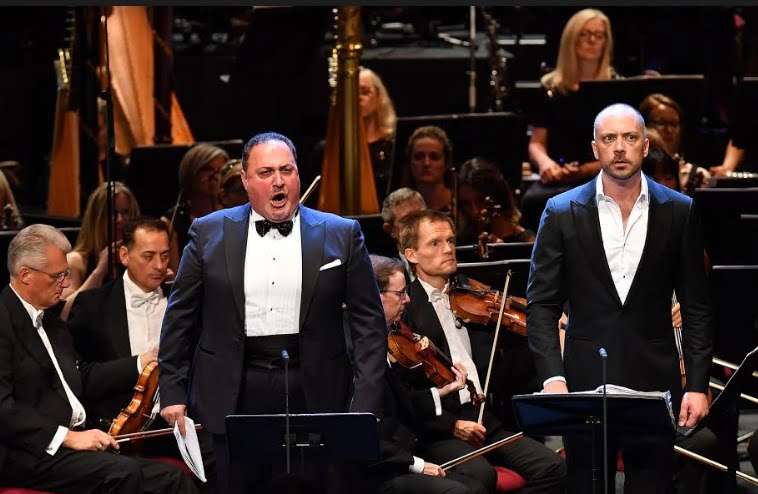 It is astonishing that Mussorgsky’s unfinished history opera Khovanshchina (The Khovansky Affair) has survived to tell the tale of the political mayhem in seventeenth-century Russia created by the ultra-conservative Prince Ivan Khovansky, his Streltsy guards and the Old Believers religious sect as they did their best to resist Peter the Great’s reforming progress to the throne.

The opera was eight years in the making, with probably enough material for two or three separate works and a libretto that reworks history in a way that would keep Hilary Mantel in Reith Lectures for a long time, the whole project sabotaged by the composer’s appetite for industrial quantities of vodka.

Rimsky-Korsakov has been much criticised for his first edition, but at least he kept this particular show on the road until 1959 when Shostakovich produced the score that is generally preferred, as here, and with a few additions from Semyon Bychkov. 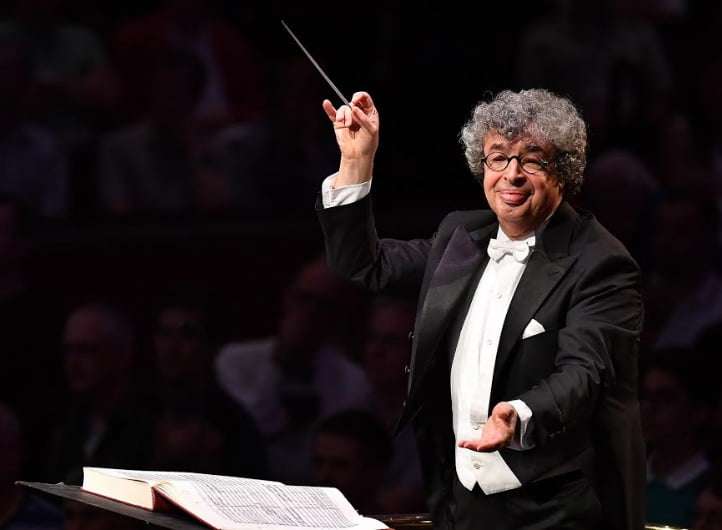 Bearing such a protracted birth in mind, it was all down to Bychkov that Khovanshchina unfolded with such cohesion and unflappable authority, and – a first for the Proms – continuity and audience involvement were hugely expanded by surtitles. What a difference they made, even if the translation was different from the one printed in the programme.

Khovanshchina is not the ideal opera for concert performance. It is, like all Russian history operas, luxuriously episodic, with abrupt changes of focus, and an odd lack of differentiation between foreground and background, but Bychkov paradoxically minimised the effect of any longueurs by his pliant, speech-friendly pace that suits Mussorgsky’s brilliant depictions of all the political plotting as well as the ultra-Russian-soul-baring monologues.

Bychkov was also unfailingly persuasive in characterising the cast through orchestral colour and timbre, and the BBC Symphony Orchestra – at full strength (seventy strings) plus four harps, piano, and a separate brass band for the military fanfares and marches – was on sensational form in conjuring up the broad landscape of the ‘Dawn on the Moscow River’ prelude, the exoticism of the ‘Persian Dance’, with a heavenly languorous cor anglais solo beguiling Prince Khovansky just before his assassination, and endless flickering of mood and personality giving the drama its pulse. The stillness and dread that Bychkov evoked in Act Five, when the Old Believers give themselves up to mass immolation, was electrifying, and in Act Four, he made Peter the Great’s suppression of the Khovansky/Old Believers rebellion a glorious triumph, the moment, in the opera at least, when his ascendancy as Tsar is assured. 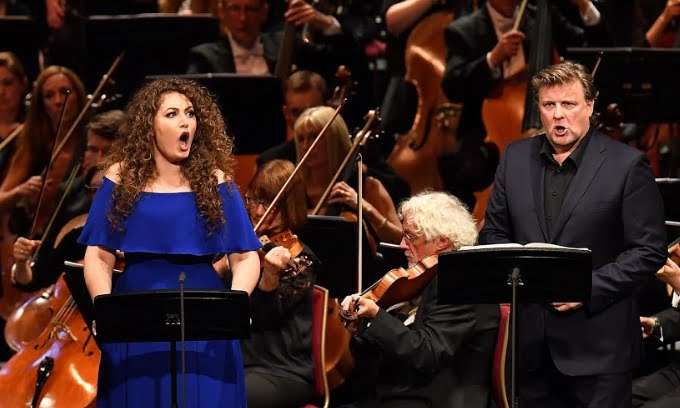 In a predominantly male cast, Ante Jerkunica looked the suave, gangster-like part as Prince Khovansky, although the top of his voice was tiring by the role’s demise in Act Four. But he oozed authority and courage, traits that his venal son Prince Andrej lacked in Christopher Ventris’s sharply observed, heldentenor portrayal, at its best in his confrontation with his ex-lover Marfa. Mussorgsky invented the character of Marfa, probably to leaven the vocal testosterone, and Elena Maximova, singing with lustrous weight and depth, was in magnificent possession of the Cassandra-like Old Believer’s visions and passions. Ain Anger as Dosifey, the leader of the Believers complete with Russian Orthodox pectoral cross, was the Slavic bass lead of one’s dreams, his voice yielding effortless darkness, volume and charisma, and Vsevolod Grivnov’s rather more astringent tenor was perfect for the conflicted Prince Golitsin, unsure of his standing with the royal family.

The strong characterisation had started with George Gagnidze’s slippery, beautifully sung performance as the Tsar-friendly Shaklovity (who took charge of the Streltsy after Prince Khovansky was bumped off), and was just as focused as Norbert Ernst’s Scribe and Colin Judson’s Kuzka. Anush Hovhannisyan was a wild-child Emma, Prince Andrej’s real love interest.

Most of the cast were singing from memory, which made a significant impact. The large Slovak Philharmonic Choir and the smaller forces of the BBC Singers were marvellous in the quieter, mercy-begging music, but needed a bit more raw swagger for Streltsy drunken bawling; and there was luxury casting from the Tiffin Boys and the Schola Cantorum for Act One’s scene setting. As the red lighting flickered during the Believers’ mass suicide, I wondered when the Proms will serve Khovanshchina again with such splendour.