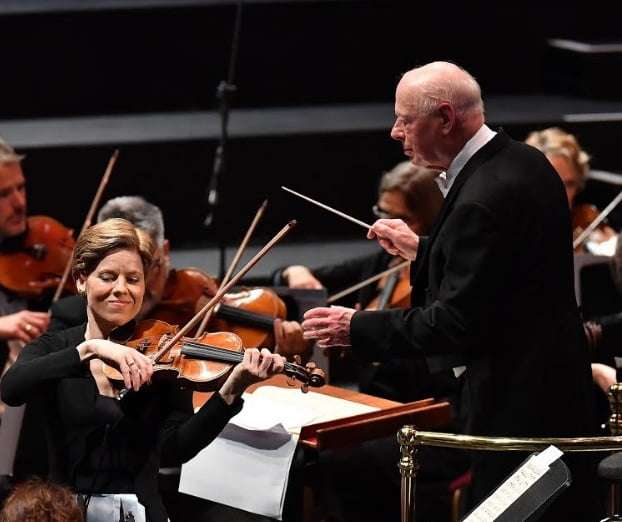 Now eighty-eight, in charge of his eighty-ninth Prom, Bernard Haitink has never been a conductor of extremes or histrionics. To this classic mix of Mozart and Schumann he brought all his customary elegance, refinement and culture. Far from busking his way through a performance, taking life easy, he attended to every detail – shaping and crafting the music with a directness and faithfulness to the page – with an economic, clear beat that encouraged each work to speak on its own terms without invasive accent: a man old in frame yet ever mighty in mind, rejoicing in the electricity of the podium.

The ‘Prague’ Symphony journeyed its way pruned of structural signposting. The pre-‘Jupiter’ polyphony of the first movement was more unfussy than fiery whereas the Finale sent a jovial quasi-Schubertian message, and the foreshadowing of Don Giovanni was no more than that. Splendidly led by Lorenza Borrani, whose committed edge-of-the-seat body language is always so involving, the members of the Chamber Orchestra of Europe – violins antiphonal, cellos and double-basses left of centre, timpani played with hard sticks – glowed with warmth, relishing their phrase endings, articulating the poetry of the Andante like so many great actors on a grand stage.

Sharing the chamber-music spirit of the afternoon, playing from music, happy to join in the elation of the tuttis, Isabelle Faust gave an intimately gauged performance of the G-major Violin Concerto emphasising grace, risk-taking quietness, silken murmured scales, and a wonderfully miraculous way with sighed-off slurs (echoed by the orchestra). In the Finale, with its rustic references and teasing pauses, she neatly reminded us that Haydn wasn’t the only humorous voice of the Habsburg lands. What slight reservations one had concerned principally her cadenzas, by Andreas Staier, which, whatever their scholarship, somehow didn’t quite fit the context, and, in the slow movement, proved less than heaven-sent. Suggesting a get-out clause we could have done without, his penchant for rising appoggiaturas bordered on mannerism in lieu of invention. 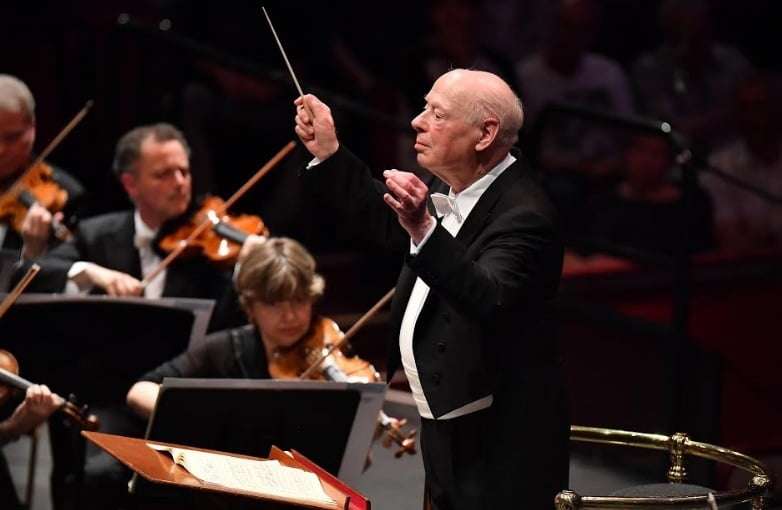 In Schumann’s Second Symphony Haitink set a tone less to do with Beethovenian reverence than a Bach to Mendelssohn odyssey via the open-fifths of Haydn’s ‘London’ Symphony (No.104) that led to Bruckner and beyond. There were great moments. The clipped dotted-rhythms, the pointed kettledrum swells of the first movement; the sprightly Scherzo with its artfully integrated Trios, not a seam to be heard; the woodwind dovetails of the deeply-felt Adagio, like so many rivulets descending into dark pools; and the architectural directness, running basses and unanimity of ensemble of the Finale, with its great timpani solo at the end (anticipating Saint-Saëns 3, Shostakovich 5). Cumulatively, this was an enriching account, of C-major finally won and troubles victoriously overcome.

The encore – the ‘Scherzo’ from Mendelssohn’s music for A Midsummer Night’s Dream, taken at a lick – resonantly showcased the virtuosity of the COE. Embracing his players and kissing hands, Haitink loved every second of it, a gentleman at the helm and leaving us with a wave.