“Take a musical trip to the Moon with favourite CBeebies characters and presenters. A brand-new work by Hans Zimmer – film music’s living legend – is the centrepiece of a Prom celebrating this weekend’s 50th anniversary of the manned Moon landing.” [BBC Proms website] 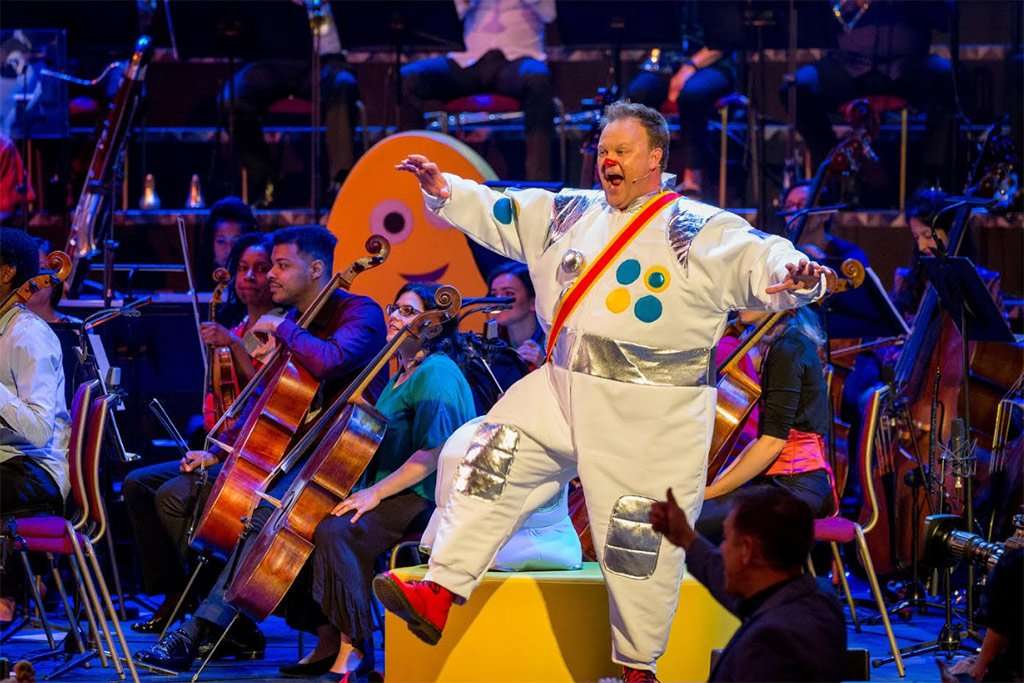 Oh, what fun! From the choir’s splendid “Welcome to the CBeebies Prom” to an appeal to the Go Jetters to assist in getting the CBeebies’ rocket back to Earth, this was a concert that had children at its heart. Four CBeebies stalwarts, Justin, Yolanda, Chris and Maddie – all very well known to at least half the audience (the ones below the age of ten) – presided over our trip to the Moon. A large rocket in the centre of the Arena was the transport with music and instruments providing the fuel.

Space travel has always been an attractive subject for children; Tim Peake’s work with schools whilst he was on the International Space Station helped to cement this attraction. Science-fiction films and TV series continue to be popular and so while the idea of celebrating the fiftieth-anniversary of the first Moon Landing was hardly a creative leap, the execution of it was inspired.

At times, the links to the Moon were tenuous – Handel’s ‘Arrival of the Queen of Sheba’ (Solomon) was described as “sparkly music for a sparkling queen”, while the composer “wrote music that sounds like hundreds of stars twinkling in the sky”. However, the children lapped it up, dancing along and waving in time to the music. A first for many, no doubt, serious concert-going this was not – in its place an array of visual and musical stimuli, cartoons, original footage from the Moon Landing together with a team of presenters completely in-tune with their young audience who were, in turn, completely engaged with them. 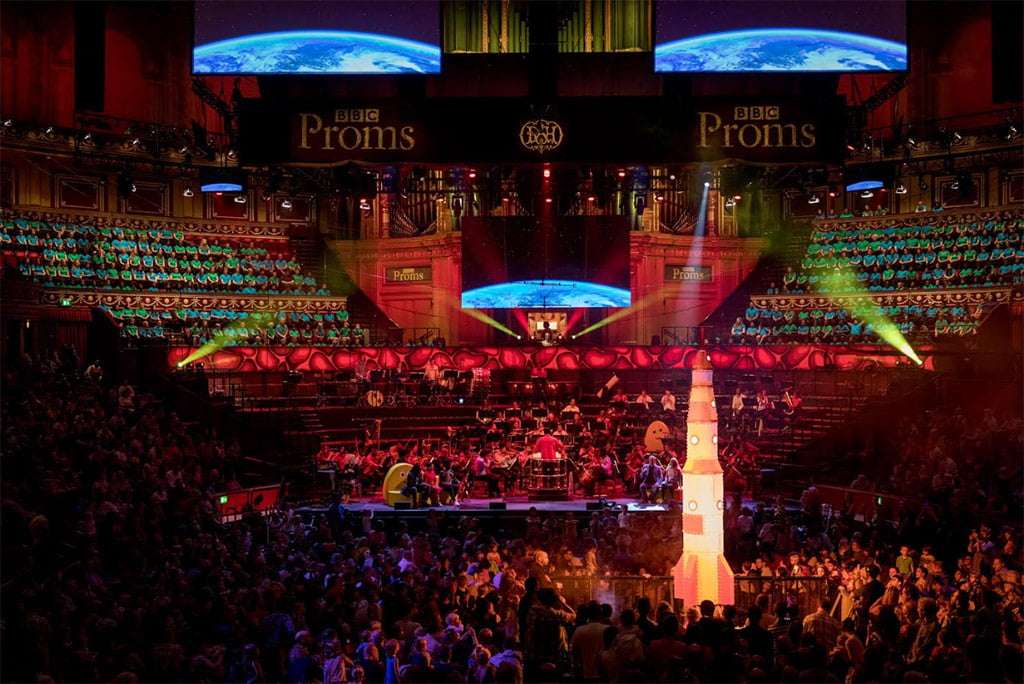 In terms of musical choices, some pieces worked better than others. Jesse Montgomery’s 2012 piece for strings – Starburst – was thematically a good choice, and well-played, however John Adams’s Short Ride in a Fast Machine (in an arrangement by Brian Anderson) garnered greater enthusiasm.

Interspersed between the pieces came slick-scripted dialogue from the presenters and a recurring melody (Off to the moon, by Iain Farrington) with different words as the journey to the Moon progressed: One Big Mission – One Huge Rumble – One Vast View – One Giant Leap – One Planet Earth. The concert was signed for the hard of hearing.

The BBC Ten Pieces project aims to open up the world of classical music to Seven to Fourteen-year-olds. Ten composers are featured, including of today’s first performance, Earth, by Hans Zimmer (BBC commission). Zimmer was present and happily accepted the enthusiastic reception for this, sure to become popular, piece. Film-music influenced, Zimmer’s characteristic integration of electronic sounds with orchestra accompanied a cartoon video that introduced the Go Jetters – hardly Pirates of the Caribbean but possibly far more influential upon these impressionable young minds.

Getting back to Earth proved to be more troublesome than expected – the rocket wouldn’t start – so the Go Jetters were asked to assist by towing it; a simple task for these intrepid explorers that was accompanied by a medley of CBeebies favourites, including the theme from Waffle the Wonder Dog.

Firmly with feet back on the ground, the concert ended with the concluding ‘Fugue’ from Britten’s Purcell Variations (Young Person’s Guide to the Orchestra), Kwamé Ryan taking no prisoners in terms of speed for a rousing conclusion.