Orchestra of the Age of Enlightenment
Stephen Cleobury 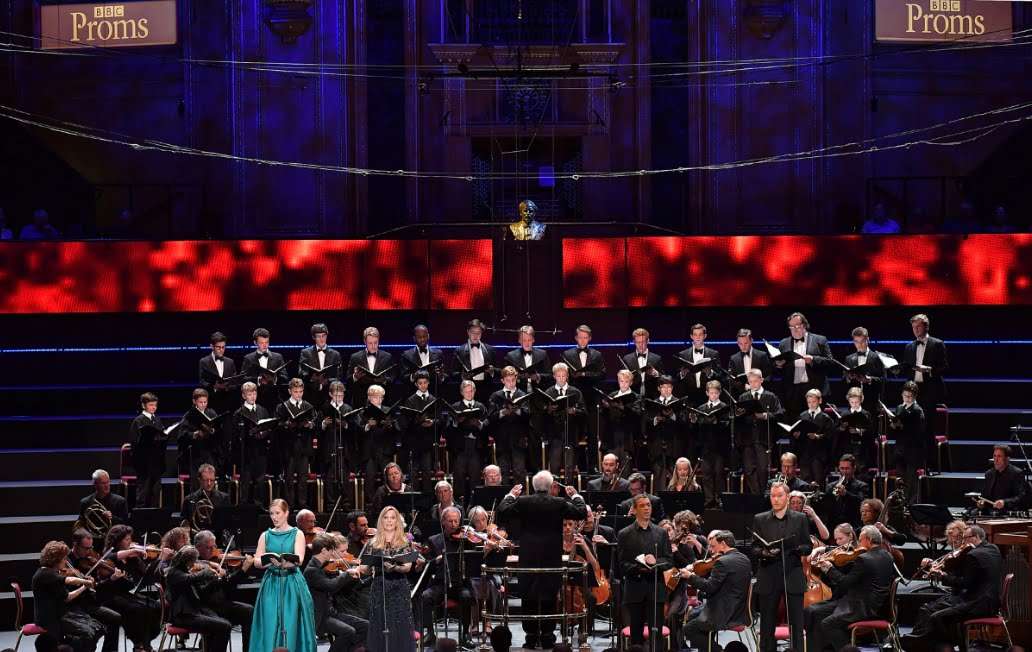 Here was a world-famous Cambridge Choir singing Haydn and Fauré with the Orchestra of the Age of Enlightenment. So what’s not to like? On the surface not much, but occasionally, and particularly in the Haydn, the experience was the musical equivalent of looking down the wrong end of a telescope.

In Haydn’s ‘Mass in the Time of War’, one of his six Masses from the late-1790s, Stephen Cleobury drew a spirited account, with tempos generally on the fleet side. This suited the word-laden ‘Credo’, in which greater verbal clarity would have helped, but left little sense of dread when we arrived at the ‘Agnus Dei’ where timpani should evoke the threat of war – and made real by Napoleon several years later. Much of the ‘Gloria’ was rhythmically taut, but the Choir struggled to make any dramatic impact in the numerous forte passages – the cavernous Royal Albert Hall was just too big a space for these young singers comprising seventeen choristers and fourteen choral scholars. In the imaginatively scored ‘Qui tollis’ Roderick Williams was rich-toned and whose intelligent phrasing was well-partnered by Luise Buchberger’s elegant cello elaborations. The ‘Benedictus’ enabled the four vocal soloists to reveal vivid individual timbres and a mostly blended ensemble. It was, however, the lack of really distinct and vivid singing from the trebles that suggested that a smaller venue would have been to their advantage. 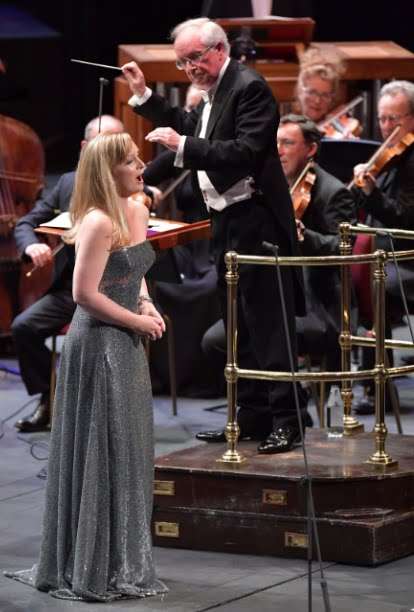 Distinct and vivid singing was heard in spades from Lucy Crowe at the beginning of the evening in a memorable performance of Mozart, in which the OAE was unfailingly supportive. While Crowe does not possess a big voice, her ability to project even the quietest of notes was stunning, and her flawless technique allowed semiquaver runs, complete with light and shade, to be totally clean and effortless – her purity and sweetness of tone are tailor-made for this music.

After the interval it was Fauré who gave the King’s Choir members an opportunity to shine – and shine they did! They did not, however, sing in the Pavane (as originally planned) but this account made clear the composer’s delicate craftsmanship and the fine musicianship of principal flautist Lisa Beznosiuk.

It was the Cantique de Jean Racine that drew the finest choral singing; it wasn’t just Über-smooth blend and ensemble, but there was a wonderful sensitivity and refinement to the sound – a model of understatement with both finesse and intimacy that are entirely fitting to this devotional text. For the few minutes this motet lasts the Choir of King’s College transported us to its ancient Chapel in Cambridge and time effectively stopped. Fauré’s original is with organ support, although there are two orchestral arrangements, possibly by the composer, although John Rutter’s version was used here.

Since the 1936 UK premiere of Fauré’s Requiem (at the Queen’s Hall under Nadia Boulanger), this much-loved work took a while to become a staple of the choral repertoire, and only received its Proms premiere in 1955 under Malcolm Sargent. 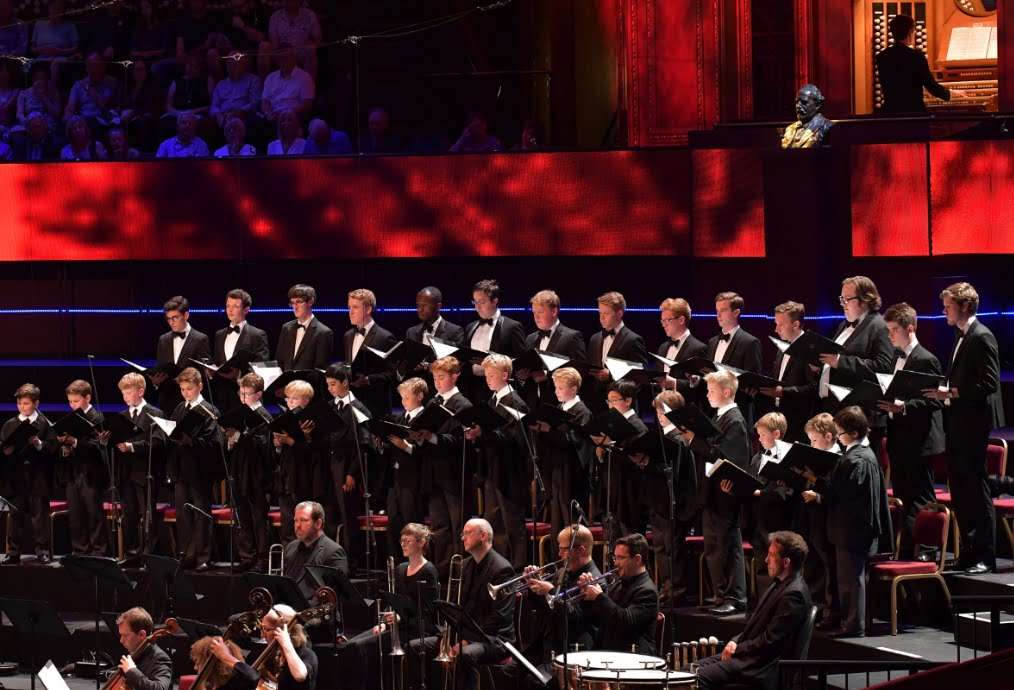 At Proms 2016 there was much to admire, with plenty of gravitas in the opening ‘Introitus’ and ‘Kyrie’, and some characterful singing in the ‘Offertorium’, with fruity-sounding altos making their presence felt, and with an ethereal closing “Amen”. The intimacy continued in the ‘Sanctus’ – this was the original 1889 scoring, without violins, save for Matthew Truscott’s solo that pointed to Heaven and two resplendent horns evoked its glory.

The treble soloist Thomas Hopkins, with nerves of steel, nicely caught the ear in the ‘Pie Jesu’, his pleas for eternal rest beautifully rendered with some of the quietest accompaniment I’ve ever heard – magical. The ‘Libera me’ felt slightly underwhelming despite its strength of line from both Choir and Williams, and the serenity of the afterlife glimpsed during the ‘In Paradisum’ should have lasted longer had some in the audience refrained from their too-early clapping and not cut short one of those moments when you need time and silence to absorb the full impact of a fine performance.