“Leading jazz singer Clare Teal presents a Late Night Prom with a difference as we are transported back to the swing era of the 1930s and 1940s with two of the greatest bands of the day, led at the time by Count Basie and Duke Ellington. With selections including Jumpin’ at the Woodside and It Don’t Mean a Thing (If It Ain’t Got That Swing), and culminating in a bespoke ‘Battle Royal’, the roof will surely be raised as these giants of jazz do battle for the approval of the audience.” [BBC Proms website] 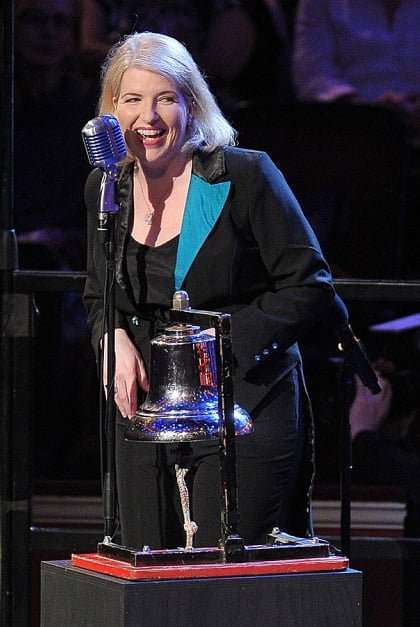 Jazz bands have often gone places where classical orchestras fear to tread (or, more to the point, never thought of going) – one such being the ‘battles of the bands’ that were a mainstay of jazz performance over the interwar years and which, for all their (apparently) good-natured rivalry, were crucial to a band’s discovery of its own potential. Although this late-night Prom was in no sense a recreation of what would undeniably have been the hottest of tickets (Count Basie and Duke Ellington never having pooled their resources in this way except at the beginning of the 1960s for a recording), the idea more than justified the decision – and, with two of the leading British jazz pianists-cum-frontmen of their generation in James Pearson and Grant Windsor at the helm, the stage was set for a thrilling encounter which duly delivered.

With Clare Teal as rousing master-of-ceremonies, the first phase consisted of three tunes by each band. “Count Pearson” kicked off with Basie’s ‘Rockin’ the Blues’, ‘Every Tub’ and ‘Blue Skies’ – the latter enhanced with an alluring vocal from Vula Malinga; then “Duke Windsor” assumed the limelight with Ellington’s ‘Daybreak Express’, ‘Cotton Tail’ and ‘Jump for Joy’ – which latter brought a suitably animated contribution from Gregory Porter. The Pearson band then responded with Basie’s ‘9.20 Special’, ‘One O’ Clock Jump’ and ‘Moon Nocturne’ – this latter among the indelible tunes of its era in which Teal’s voice was soulfulness itself; but the Windsor band, hardly to be outdone, came back with Ellington’s evergreen ‘Mood Indigo’, ‘Truckin’’ – Teal suitably raunchy – and ‘Stomp Look and Listen’. 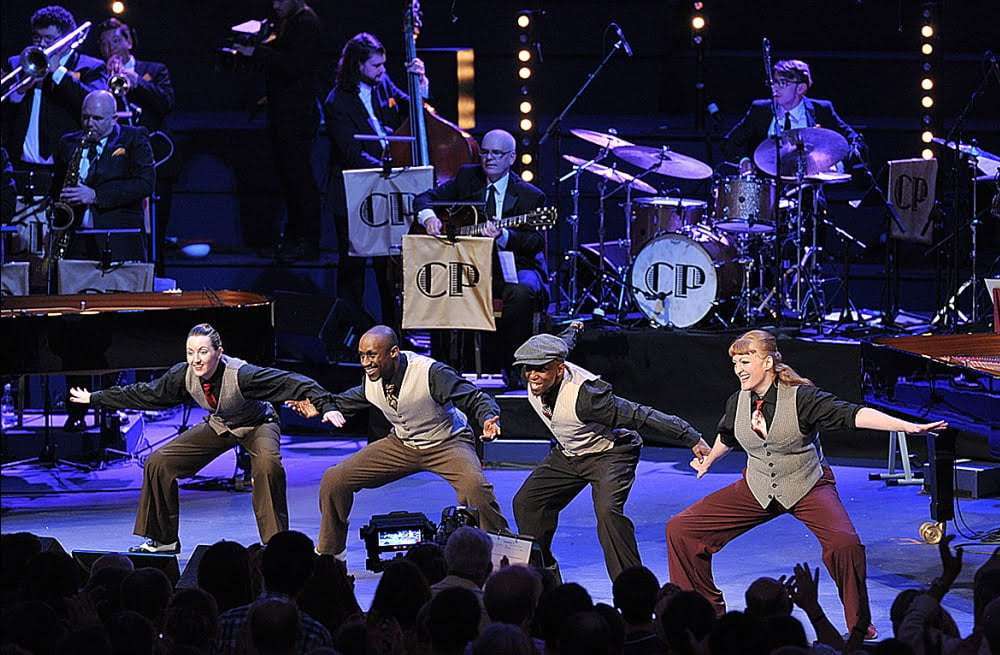 From here the ante was duly upped with each band having two tunes apiece. The Pearson set the pace with Basie’s ‘Futile Frustration’ and ‘Going to Chicago Blues’, the latter bringing a suavity from Porter; then the Windsor countered with Ellington’s ‘Don’t Get About Much Any More’, enhanced with a suitably poignant vocal by Malinga, and ‘Rockin’ in Rhythm’. Just one tune each now as the Pearson responded with Basie’s ‘Jumpin’ at the Woodside’, while the Windsor hit back with Ellington’s ‘Take the A Train’. By now the two bands could not be kept apart, combining in a Basie/Ellington ‘Medley Royal’ that took in ‘Moten Swing’, ‘Mooche’, ‘Oh Lady be Good’, ‘C Jam Blues’, ‘Flat Foot Floogie’, ‘Caravan’ and ‘Tickle Toe’; framed by ‘It Don’t Mean a Thing (If It Ain’t Got That Swing)’ featuring all three of the singers. 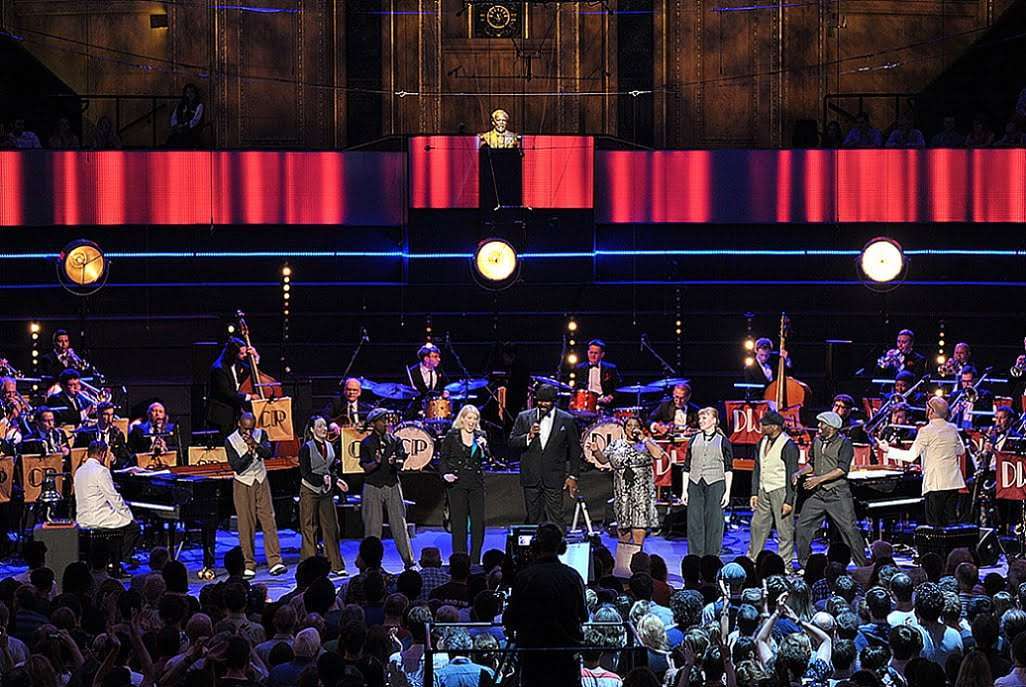 Throughout, the playing of both bands was of the highest order – though even a cursory glance at their respective personnel confirmed this would hardly be otherwise – with the contributions of Teal, Malinga and Porter making for classy cameos. Almost half of the numbers were further enlivened by the presence of the dance troupe JazzCotech, and though its members being confined to a wedge-shaped space between the bands may have limited the routines more than was usual, there was no doubt as to the sheer enthusiasm of the dancing.

Neither was there much surprise when this ‘battle’ was declared a draw, both bands having giving their collective all in an evening which must go down as one of the most high-octane Proms in the history of these concerts. Here’s hoping that it happens all over again and soon.