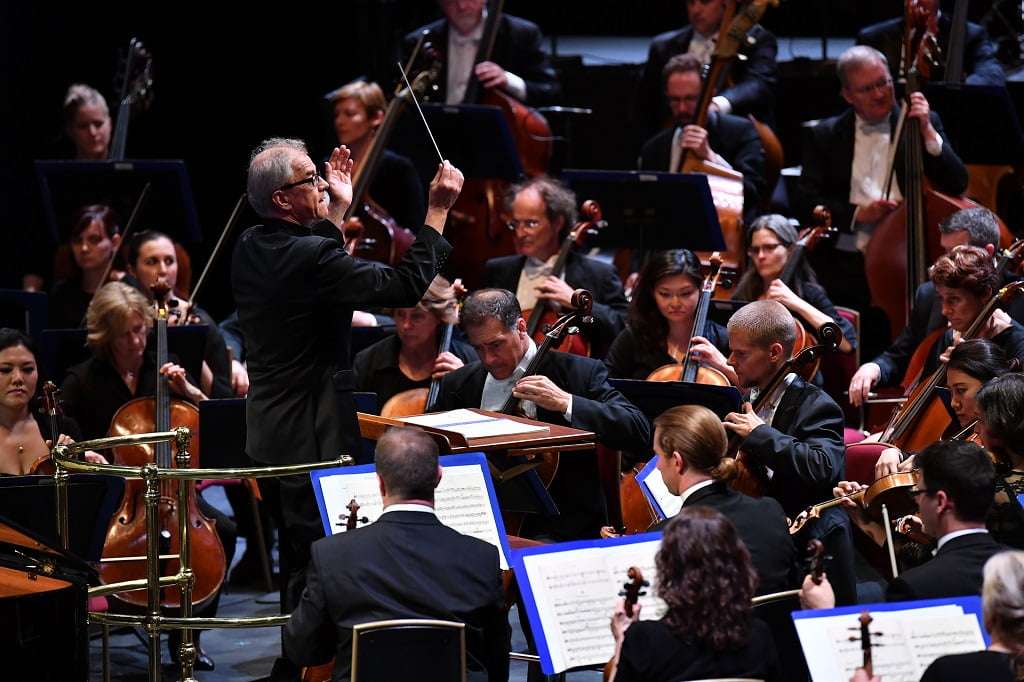 As American showcases go – Osmo Vänskä, married to the concertmaster of the Minnesota Orchestra, Erin Keefe, is a committed Minneapolis stalwart, and Israeli-born, London-trained Inon Barnatan is based in New York – this was one of those scintillating concerts that had everything to recommend it. In his centenary year, Leonard Bernstein’s shadow loomed large, from the “fun and frolics” of Candide to his quip about Ives being America’s “Mark Twain, Emerson and Lincoln all rolled into one.” Candide showed off the finery and discipline of the band – crisp brass, tight percussion, suave strings (antiphonal violins, basses to the left), everyone present well before the 7 o’clock start – Vänskä steering a lively balance between pert pastiche and curtain-raising showtime.

Barnatan’s Gershwin Piano Concerto mixed all worlds, from the seriously portentous to smoky jazz, ruminative yearning to an electrifying fusion of connoisseur pianism, grand bravura and the teasingly non-European. More than once, unwilling to cheapen its masterstrokes or vulgarise climaxes, he focussed on elegance and refinement of tone, playing with relaxed freedom and burgeoning rhythmic fantasy. His cadenza passages embraced poetry as much as glassy glitter. This was as fine a reading as I’ve heard in years, up there with the greats. Orchestrally, the solo detailing was exemplary and richly musical – with one man seducing the imagination, the legendary Puerto Rican, East Harlem-reared Manny Laureano. His slow movement muted trumpet solo was a Conrad Aiken ‘nocturne’ of utter sublimeness – moody, with a hot sultry atmosphere to match the evening outside, a heart-stopping cameo born of ingrained familiarity with people, place and pulse. A remarkable lesson in style and control, the instrument speaking of nights and memories, the wider intervals placed with the knowing air and lidded gaze of Catfish Row lifers. Barnatan’s encore, Earl Wild’s Virtuoso Étude on ‘I got Rhythm’, was swish and light-fingered, classically cool with a dizzy suggestion of Domenico Scarlatti two-hundred years on, cigars and a bourbon for backcloth: superb. 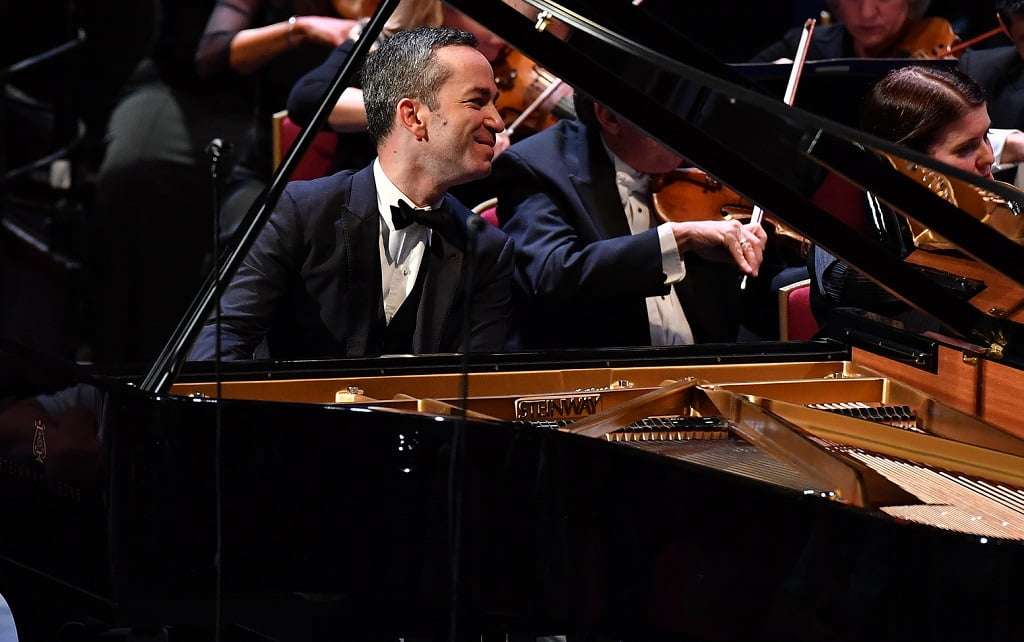 Despite its “limb stretching” montage construction, Charles Ives’s turn-of-the-century Second Symphony, revised around 1950 – an intriguing recycling of lost early works, popular and patriotic songs, and high-European borrowings, evidence Paul Griffiths noted in the programme book of the composer “even in his mid-twenties [as] musical nostalgist, looking back to his boyhood in a small New England town” – showed plenty of cohesion. On paper the work is divided into five movements, but, taking his cue from the attacca link into the lengthy second, and underlining the harmonic resolution between fourth and fifth, Vänskä convincingly presented an essentially three-movement design, the outer Allegros prefaced by slow introductions. The whole affair was grandly resonant, as broadly American in tenor as it was occasionally (oddly) Elgarian. The orchestra rose to the challenge magnificently, the strings rustically forthright in their pizzicato spots, Nordically shimmering in their tremolandos, the tuttis voiced and bold, the percussion fearless in its right to lead when necessary. The caressed oboe at the end of the opening Andante moderato (John Snow), the pleading cello in the central Adagio (Anthony Ross), lent fragility new meaning. Overall, the Adagio was an especially striking study in hushed tones, an infinitely delicate processional in a beautiful landscape. Going for momentum, observing what few repeats there are, Vänskä ensured a muscular, lean-boned account free of the many errors of the first printing (Jonathan Elkus’s Ives Society Critical Edition is the one used customarily these days). No longer the cuts, changes and tempo adjustments Bernstein perpetrated in his broadcast premiere with the New York Philharmonic (22 February 1951). Gone too the prolonged “Bronx cheer” at the end which he (followed by others) introduced in subsequent performances, Ives’s originally intended short, incisive Berwald-flourish (counter-weighting the end of the ‘first’ movement) reinstated to the music’s clear dramatic advantage. 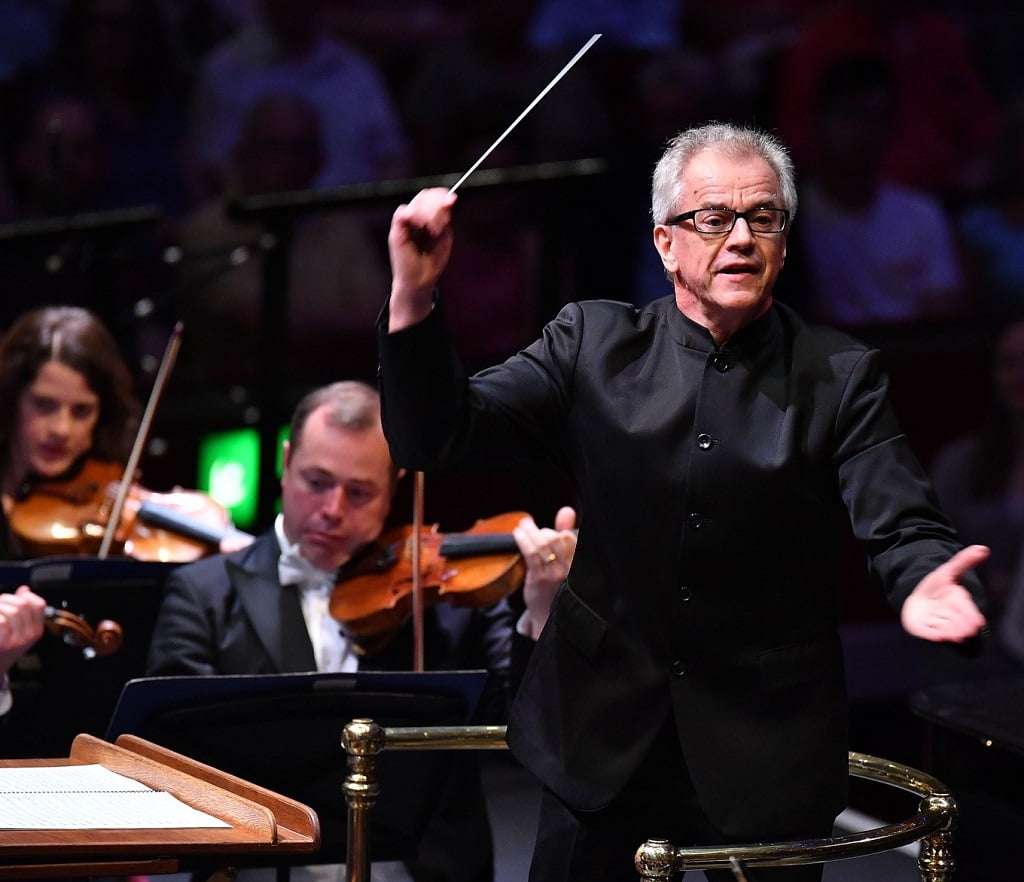 Presaging the Minnesota Orchestra’s forthcoming tour of South Africa, marking the centenary of Nelson Mandela’s birth, the encore was as unexpected as it was a quiet nod in the direction of Vänskä’s Finnish compatriot, Jaakko Kuusisto – his raw-gut arrangement of ‘Shosholoza’, an Nguni call-and-response from Zimbabwe that used to be sung by migrant workers in the South African mines, “a song”, Mandela recalled, comparing “the apartheid struggle to the motion of an oncoming train.” Hard bass drum, coiled-spring percussion, the swift brass attack of a jet-set jazz section (such fabulous horns), the orchestra turned into a lusty chorus … Hugh Masekela, Miriam Makeba, friends long gone, came wandering my mind.