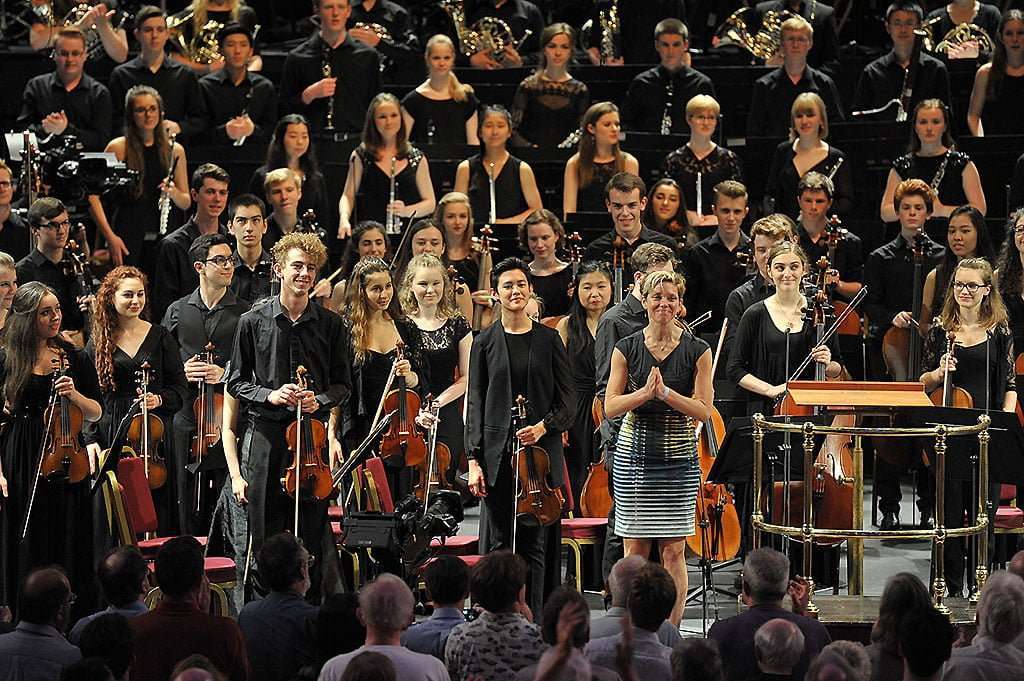 To begin this without-interval Prom the gifted members of the National Youth Orchestra played Tansy Davies’s Re-greening without a conductor, as intended, and did so with total confidence and unanimity, led by Stephanie Childress. The composer explains Re-greening as “a Shamanic Wheel of the Year … explosions of new growth…”.

Premiered two evenings ago, at Aldeburgh, and then played in Birmingham, this third performance in as many days introduced light-shimmering and glitteringly active music, written for the full ensemble, that maybe suffers from too many repetitions over its nine minutes but is attractively mysterious at points, perhaps suggesting what may lay beyond the process of renewal, and with the triumph of requiring a vocal element from the players, which added an elevated ingredient. The composer is coy about the “found material, two old English melodies” that she has interpolated. One is easy to identify, ‘Sumer is icumen in’, the crowning glory of Britten’s Spring Symphony, while the other is unknown to your correspondent. I was under the impression, as well as being conductor-less, that the NYO would play (and sing) Re-greening from memory; well, from my seat, the first violinists had parts, so I assume the rest of the orchestra did too.

Although it his last completed Symphony, it should be remembered that Mahler went on to start and develop a Tenth, leaving enough of it, and in A-to-Z form, for Deryck Cooke and others to make it performable, and truly wonderful it is. 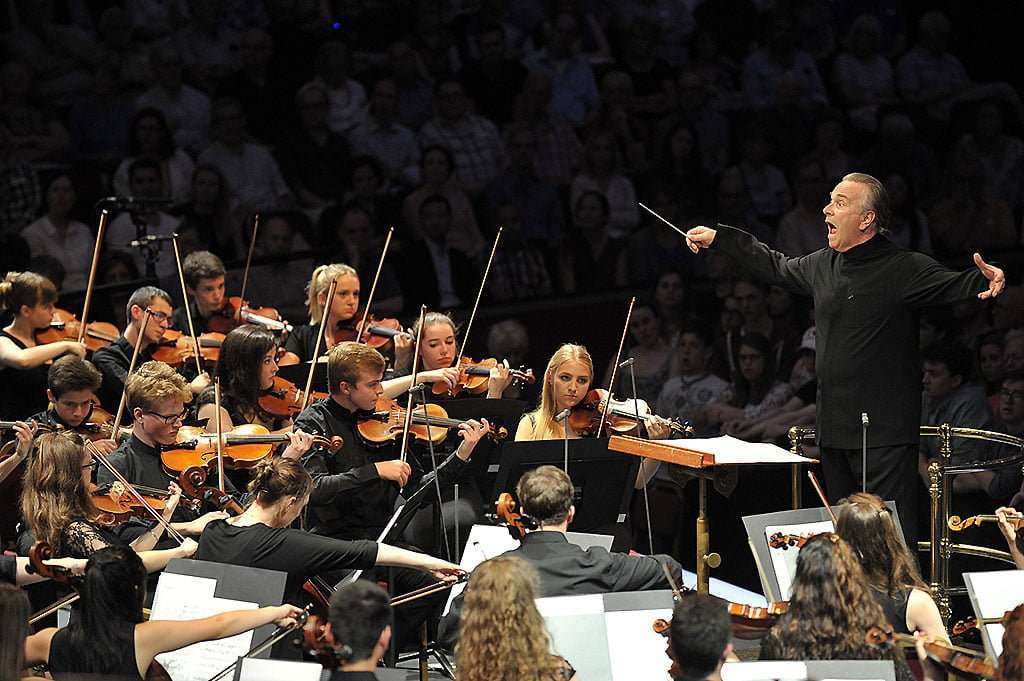 It was in this spirit that Mark Elder conducted the Ninth. The opening of the first movement, emerging from the centre of the string groups, where Elder typically places the cellos and the violas, was serene but also with an underlying march-like purpose. Indeed this was a spot-on Andante comodo (accommodating) and he conducted with a patrician sense of integrating every volatile mood-change, emotional upheaval while also securing the utmost chamber-music delicacy (impressive solos, as throughout); Elder had the pulse of this complete-in-itself movement, perhaps Mahler’s greatest single achievement in terms of musical complexity coupled with expressive outreach, an innate rather than an imposed response to the music, internally combustible, growing from within.

Characteristically, the NYO was of outsize proportions, founded on thirteen double basses (not unlucky), but excessive loudness was never encountered nor was there any imbalance.

The second-movement Ländler was suitably deliberate in pacing and also pesante, ensuring proper contrast with the rougher music that follows and which interrupts brusquely, and there was room for delicious detailing and, come the coda, wit. The following ‘Rondo-Burleske’ can be wilder than here, although its impersonal side was not in doubt, and it was played tenaciously, nor the clarity of the counterpoint, antiphonal violins mixing it across Elder’s podium. Come the middle section, its poignancy was spun tenderly, and Elder cannily ensured that increases in speed as the movement reaches its driven and emphatic end were judged ideally.

The final Adagio can be distended to heavenly length and even be interpreted as concerning the afterlife. Elder, now baton-less, conjured something flowing and less valedictory than usual, noble in its transcendence and suggesting a search for inner peace, but not a leave-taking. The evaporation of the music’s last few minutes (here rapt) seemed more about remembrance than what may lay around the corner. Elder embraced the ultimate silence with significance.

This was an enlightening and refreshing (77-minute) interpretation, conducted with discreet authority and a sure sense of line, and played with talent and conviction. It is certainly worth a second (or first) listen, and hopefully Radio 3’s iPlayer version will be edited to remove the mood-breaking clapping that greeted the first three movements and therefore challenged the Symphony’s continuity. The music won through, however, as did Mark Elder’s considered and convincing view of it, the NYO’s elevated place in the ‘youth orchestra’ hierarchy secure.

And so to Monday evening and Berlin’s Konzerthaus…