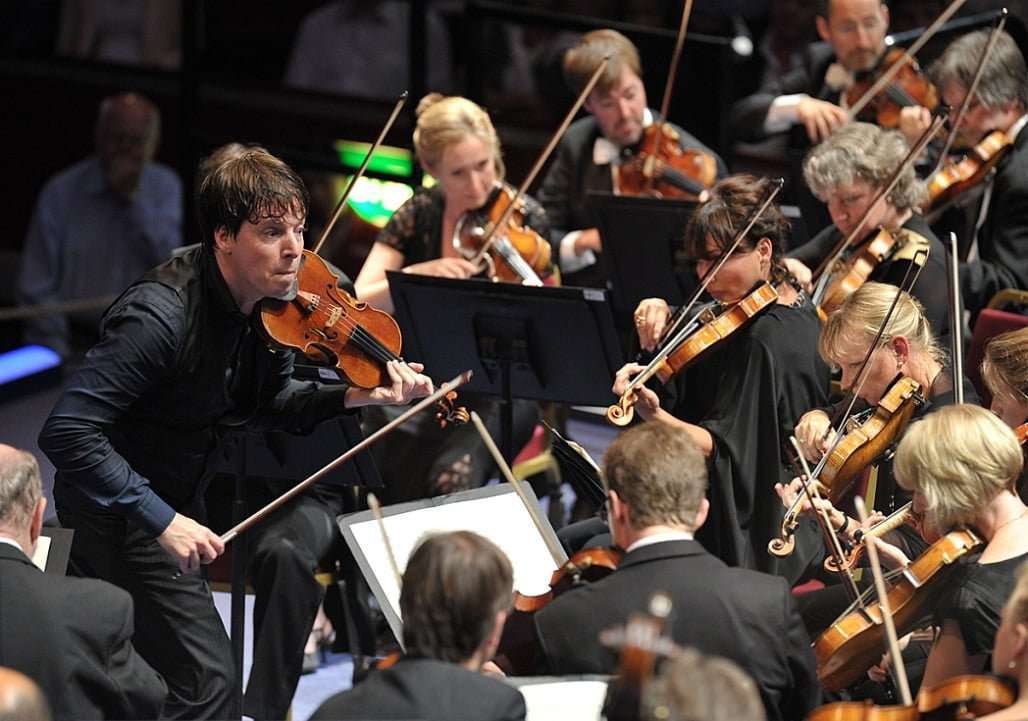 Déjà-vu informed the first half of this Prom, for Joshua Bell had led, as here from the first desk, the ASMF in the Beethoven in October 2012 and had played the Bruch with it a few months previously, both in Cadogan Hall. On this occasion, Beethoven ‘in C’ was a delight throughout: shapely and lyrical, played with point and dynamism and keenly accented. Maybe Adrian Bending overdid the cannon-shot capacity of his timpani strokes, but better this than the drums being a muddy background. Good to report that Bell (ASMF’s music director) has rethought his approach to the second movement, a beguiling serenade here, but now observing the repeat (otherwise the movement is dwarfed by those around it). The scherzo was spry, its trio teased, and the finale wrapped things up with joyful vigour. This chamber-sized performance filled the RAH effortlessly. 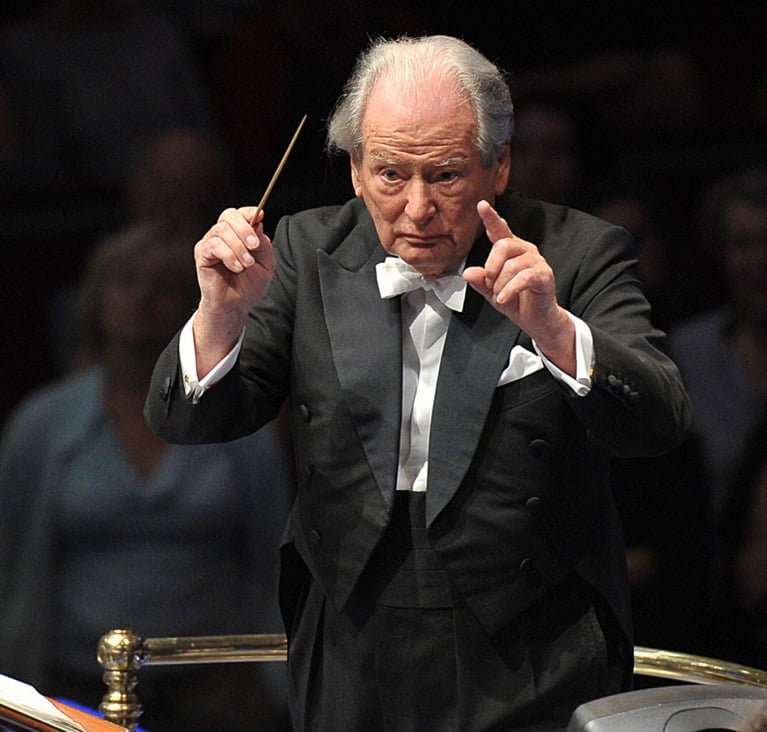 Poor old Max Bruch! We have now reached the stage where the next work in this Prom is quite often marketed by concert promoters as “Bruch’s Violin Concerto” – in ignorance or denial of the two that followed, let alone the Scottish Fantasy and the large-scale Serenade. Bell’s account was a little laboured and indulged in the introduction if, working as a unit with the orchestra, thoughtfully expressive and wildly passionate – sometimes with showmanship – and the slow movement was a little too restless to make its profound mark. As an encore, and as a link to the film-music to come, Bell and the players offered Nigel Hess’s theme for Ladies in Lavender (2004, with Judi Dench and Maggie Smith), for which a very sweet tooth is needed, and curious how close the melody is to one included in Gian Carlo Menotti’s 1952 Violin Concerto…

In part two, we welcomed the now-90 Sir Neville Marriner (ASMF founder and Life President), hale and hearty, standing to conduct (no chair anyway), and taking us through the late Christopher Palmer’s adaptation of William Walton’s superb score for Olivier’s film of Henry V, released in 1944. Much more ambitious than soundtrack-conductor Muir Mathieson’s concert Suite, Palmer (1946-95) includes most of Walton’s music and also much speech, here assigned to John Hurt. 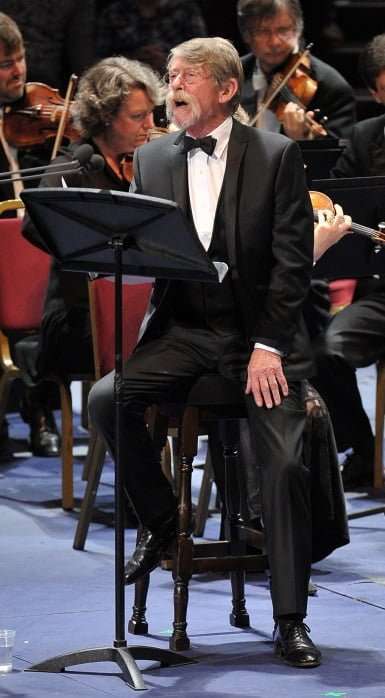 Although he read with the seasoned professionalism one would expect, he was somewhat handicapped by being overloud through amplification (his voice coming from the roof while he sat on the platform) and he might anyway have reduced his tones to avoid being this intrusive during the great string pieces, ‘The Death of Falstaff’ and ‘Touch her soft lips and part’ (both tenderly played). Good as Hurt was, the unaccompanied speeches were a little unvaried (and if knobs were being twiddled it was up not down) and dragged; unfair perhaps to compare, but Marriner’s 1990 Chandos recording of Henry V has Christopher Plummer as narrator and he is wonderfully modulated. While on the subject of imbalance, John Alley’s electronic harpsichord was feeble and mostly inaudible.

Otherwise Marriner was consistent in his approach; indeed at just under an hour he knocked a few minutes off his recording. This Proms performance was distinguished by exemplary choral singing (the boys from memory) and the ASMF played with focus and commitment for its distinguished knight. We were roused to Agincourt, moved by poignant humanity, and pictures were painted, not least any we might recall from Olivier’s film. By the close, we had been entertained by courtly dances and popular ditties before being privy to plans of war, were enveloped by the battle itself, and had our spirits lifted by the grand conclusion, Stephen Disley at the Royal Albert Hall organ offering a roaring crescendo on the final chord, made the loudest of all … masterly planning by Sir Neville.