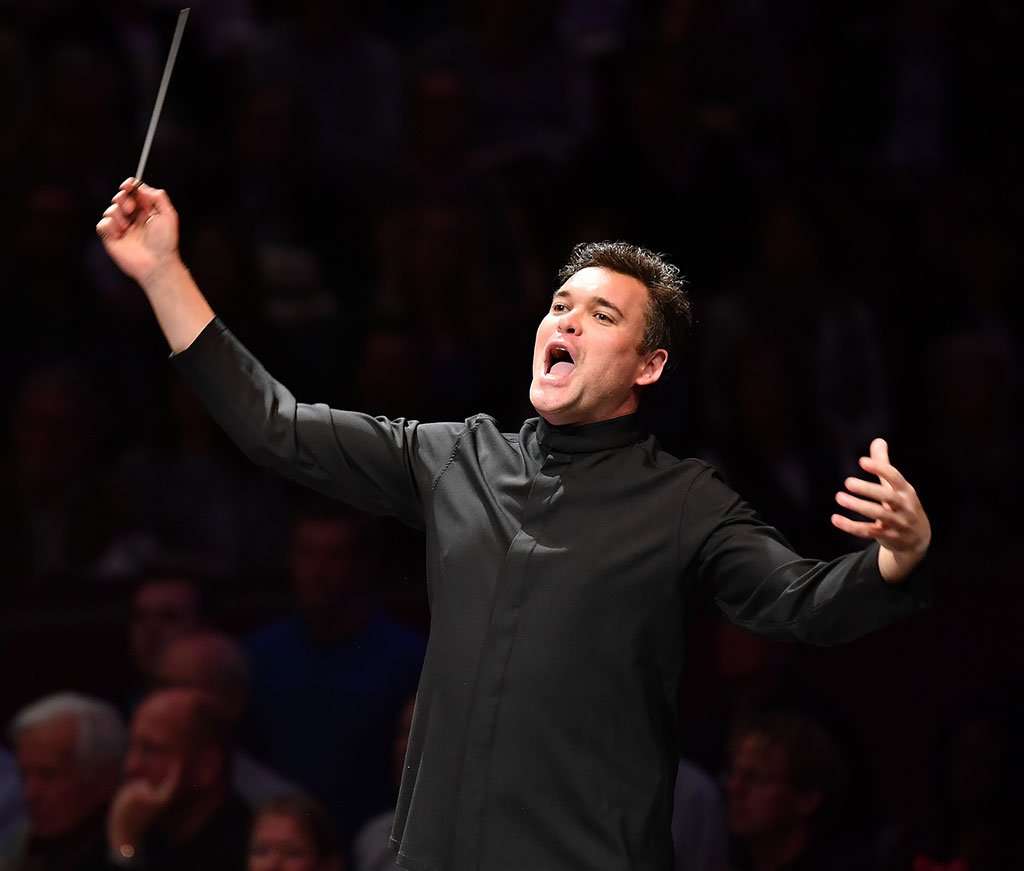 This was the last of the BBC National Orchestra of Wales’s five Proms for this year, and its stylish playing has been a highlight of the season so far.

The programme conducted by Ryan Wigglesworth opened with Benjamin Britten’s Ballad of Heroes. He wrote it in 1939 to honour the British fighters of the International Brigade killed in the Spanish Civil War, setting poems by the Communist writer Randall Swingler and W. H. Auden – the latter wrote his text on one of Britten’s scores before leaving for Spain. Swingler’s uncompromising verse advocating action and Auden’s more elegant anxiety over eroding certainties guaranteed the tension and passion in Britten’s music. This already has the flavour of Peter Grimes and anticipates elements in the Sinfonia da Requiem and War Requiem. He never composed anything so overtly political again.

An offstage trumpet and a big string melody have a big part to play in the opening ‘Funeral March’, and the BBC National Chorus of Wales made light of the very fast, angular lines of the following ‘Dance of Death’ section. Toby Spence’s eloquent recitative set up the chorale to Auden’s ‘Europe lies in the dark’ very powerfully to drive home Britten’s message, which, coming right at the start of the Second World War, was presciently patriotic – a dodgy area for this year’s Proms. 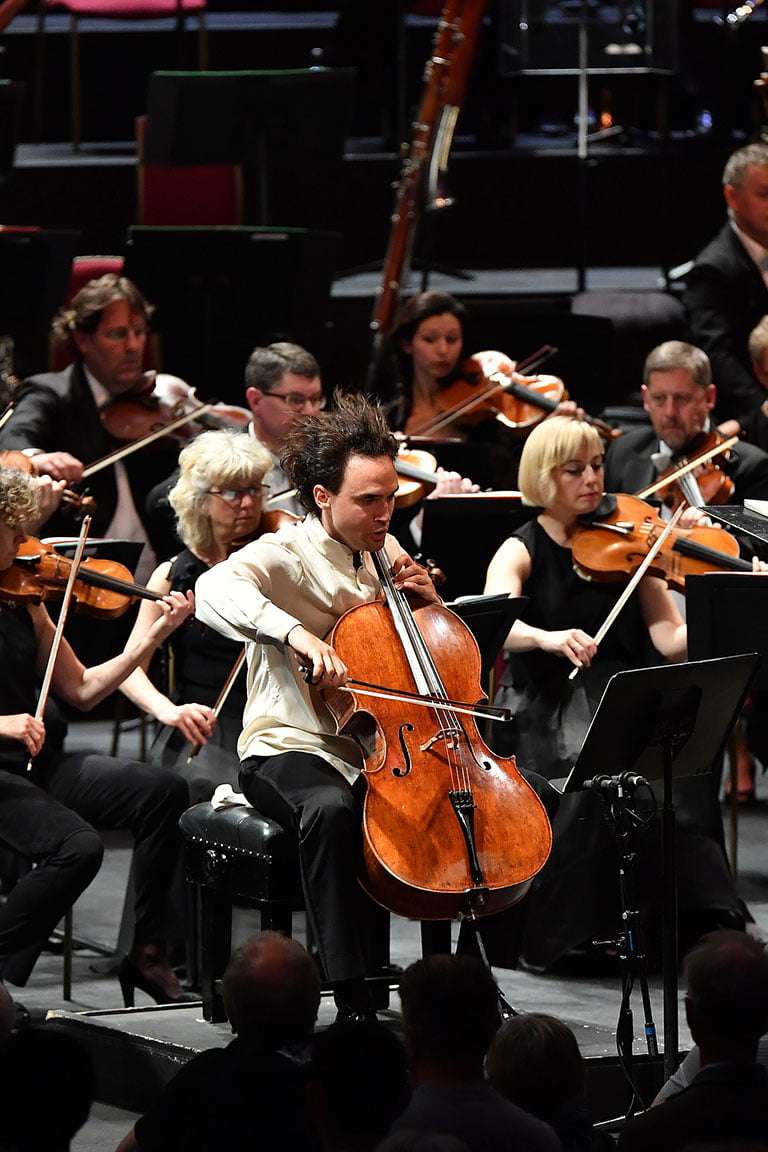 The diagram and table of figures in the programme intended to explain the workings of one of the movements of Brian Elias’s Cello Concerto rather made my spirits sink, but the work is far from intimidating. Elias is not prolific and his best-known works are probably Five Songs to Poems by Irina Ratushinskaya and his Royal Ballet score for The Judas Tree. Natalie Clein, the Concerto’s dedicatee, withdrew because of illness and Leonard Elschenbroich replaced her.

Its four movements, played without a break but with obvious changes of mood, are scored with great delicacy. There is a clear motto, statements of which lead the listener through the music, and Elias deploys all his material with great economy. The relationship between soloist and orchestra, either in dialogue or in contrast, is relatively straightforward to follow, and there are plenty of big gestures at critical moments defining the work’s shape. I’d need more familiarity to get my bearings in the ‘Sestina’ second movement – a sestina is a sort of word-game formula for writing verse – but the ‘Envoi’ creates a stillness from which the long Adagio molto emerges. The motto comes into its own here, bedding down with reminiscences of other musical tags, and the brief passage where the soloist gets into a huddle with five orchestral cellos is very lovely. The fast Finale yields to a slow regrouping of energy before the music evaporates.

Purely as a piece of design Elias’s Cello Concerto is very satisfying, although I am yet to put my finger on its emotional character – reclusive and rhapsodic is part of it, and it comes across as very private. Leonard Elschenbroich communicated its moods and ambiguity with playing of enormous flair and imagination, and Wigglesworth conducted with his composer’s ear alert to its shifting, spectral timbres.

Elgar’s arrangement of Purcell’s ‘Jehova, quam multi sunt hostes mei’ was made for the Three Choirs Festival in 1929, a setting of Psalm 3 – “Lord, how are they increased that trouble me!” – which in its content linked back to the conflicted Britten work. Elgar’s large orchestra and solid choral sound adds to Purcell’s luminous harmonies and Toby Spence and Henry Waddington each had a brief solo to flag up the fears of the individual.

The more familiar the story of the “dark saying” that guides Elgar’s Enigma Variations, the more mysterious it becomes, especially in a performance of such quality and clarity as this one. Wigglesworth and BBCNOW revealed the mastery, insight and affection with which Elgar could describe in sound the character of a friend so that he or she became instantly identifiable. The moments of Elgarian swagger only made the quieter, more-diffident music charged with greater meaning, and Wigglesworth piled layer upon layer of reticence onto ‘Nimrod’ so that it almost disappeared into its own translucence. If it was mystery you craved, it was there for the hearing in the time-arresting withdrawal of the ‘Romanza’ section – and I loved the bluster of the conclusion, like Elgar rushing round organising everyone for a group photo. It was a very special performance.