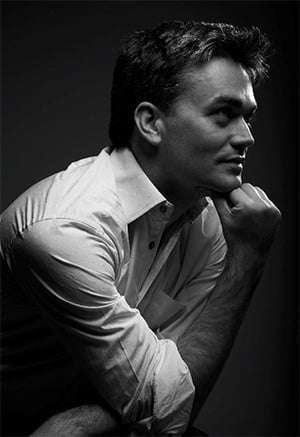 Opening this Prom was Lutosławski’s Symphonic Variations (1938), a tautly inventive piece in which the BBC Symphony Orchestra relished those echoes of pre-First World War Stravinsky, impressionist-era Szymanowski and neo-classical Roussel (whose Third Symphony served as template for the Polish composer’s own First Symphony) during its nine eventful minutes on the way to a heady peroration. Certainly it is the composer’s first wholly characteristic statement – an individual voice discernible in the rigour through which its taciturn theme is channelled through eight diverse though perfectly integrated variations – something that Edward Gardner clearly appreciated in this lithe and uninhibited reading.

After this, a welcome hearing of Holst’s Egdon Heath (1927): not a work which has ever been entirely absent from the repertoire, and one which – in a not dissimilar manner to Debussy’s Jeux or Sibelius’s Tapiola – represents the distillation of its composer’s mature idiom as has been achieved by relatively few. A work, too, in which the expressive intensity feels implied rather than stated, though there was no lack of fervency at the climax nor of the sombre fatalism that pervades the music thereafter as it recedes gradually yet searchingly into the ether. A pity that audience attention was rather lacking here: as with any comparable masterpiece, this is music that makes no concessions to passive listening. 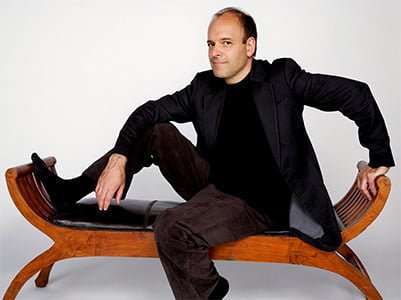 As it was, the highlight of this first half was Lutosławski’s Piano Concerto (1988), a work that initially met with a notably equivocal reception and is yet to take its place in the all too slender post-war repertoire. If this eventually happens it will be due in no small part to Louis Lortie, whose identity with the piece is unquestioned. Thus the preludial first movement (of what is Lutosławski’s only four-movement work after his First Symphony from 40 years earlier) deftly interweaves its capricious and expressive ideas before an energetic though pointedly insubstantial scherzo, after which the (nominally) slow third movement builds to a fervent yet never cloying climax – with no hint of the alleged Rachmaninov traits which so nonplussed the composer – before spilling over to the cumulative build-up and heady release of the finale. Technically immaculate as was Lortie’s playing, it was his interplay with the orchestra – in what is music of audibly classical poise – that most impressed in a reading which, 24 years after its Proms premiere, received a sustained and enthusiastic response. These forces have recorded Lutosławski’s Piano Concerto for Chandos.

Holst’s The Planets (1917) has never wanted for frequency of performance since its incomplete premiere almost 95 years ago. Nor have many recent Proms seasons gone by without it being played – of which Gardner’s account, if not the finest, had its undoubted highpoints. ‘Mars’ unfolded bracingly if a little predictably on its way to a seismic climax (the silences between chords unashamedly over-milked), then ‘Venus’ tempered its gentle radiance and rapt harmonies with the very English qualities of transience and regret. ‘Mercury’ was as lithe and deft as needed (not least its airborne fugal section), and ‘Jupiter’ had no lack of brio in its ebullient outer sections though, in the (in)famous trio, Gardner’s earnestness did verge on the self-conscious. ‘Saturn’ was the undoubted highlight, passing through music of glacial contemplation and stark tragedy towards a rapturous leave-taking, to which ‘Uranus’ proved an admirable foil with its abrupt contrasts and (via a theatrical-sounding organ glissando) sudden implosion into nothingness. ‘Neptune’ then unfolded as a marvel of interweaving textures, with the ladies of the BBC Symphony Chorus emerging imperceptibly from the ‘outer reaches’ of the Royal Albert Hall before evanescing magically at the close. The thought then occurred that maybe this would have been the ideal occasion to follow on with Egdon Heath, its evocation of the natural world seeming even more remote in context.

Taken as a whole, this was an impressively realised account which conveyed much of the music’s unfailing originality. It must also have been the first Proms outing for some while in which there was no applause between movements, suggesting that not a few people out there were conscious of silence as being integral to the work’s overall conception.