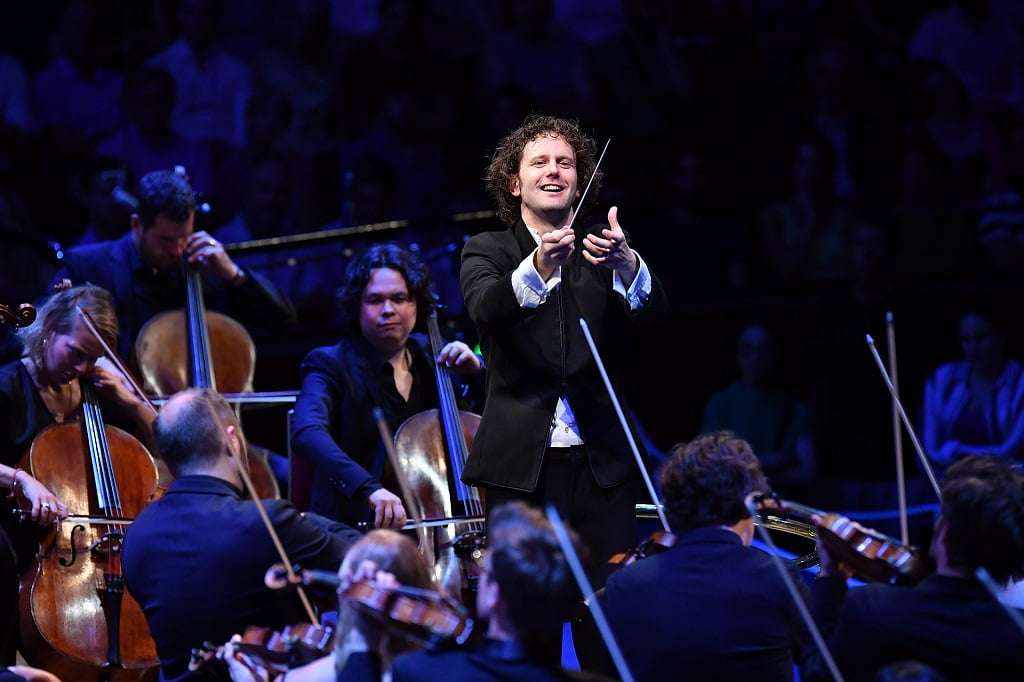 We should no longer wonder at Aurora and its feats of musical remembrance. Since 2014, with Nicholas Collon, the orchestra has performed a succession of Mozart and Beethoven Symphonies at the Proms but, this year, in returning to a late-night spot, it made its first foray into twentieth-century repertoire from memory. As has more recently become a fixture, courtesy of a well-rehearsed and genial double act between Collon and Tom Service (who together devise the script with Jane Mitchell), Shostakovich’s Ninth Symphony was prefaced by a whistle-stop introduction with examples. Service’s enthusiasm is infectious and, even if the strange enigma of Shostakovich’s Ninth Symphony wasn’t completely cracked, we were given more than enough insight to hear the work anew.

First though we had a more usual (if not usually recognised) feat of memory – that of Denis Kozhukhin performing Shostakovich’s Second Piano Concerto, while Collon and his orchestra, standing as is its wont (save cellos and basses), had the safety-net of the music in front of them. Kozhukhin gave a brilliant performance; amazingly muscular in the first movement, but with light-touched finesse in the Chopin-esque central movement. The Aurora players matched his every mercurial mood-swing with equal panache; and the Concerto was delivered (the slow movement notwithstanding) at an enormous lick, with appropriate vim and vigour. 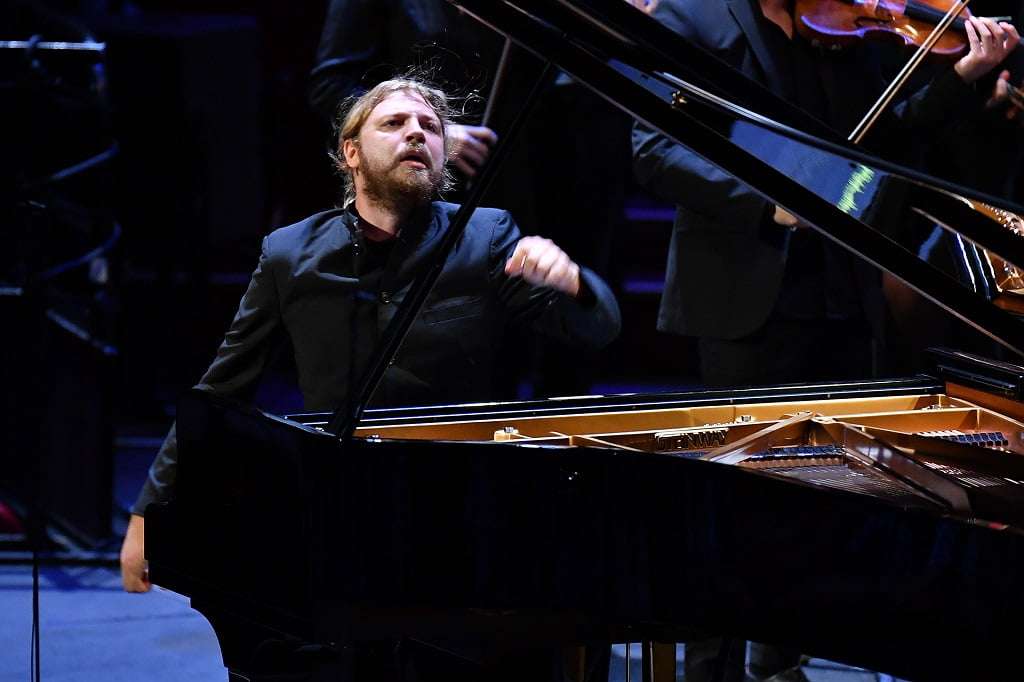 Service returned to set the scene for quick-paced traversal of some of the themes and issues of Shostakovich’s Ninth Symphony – the dichotomy between the composer’s initially stated idea of a choral work to rival Beethoven’s Ninth and mark the Allied victory over Nazi Germany, and the curious quip of a five-movement work, twenty-five minutes long, with no chorus in sight.

We started in the fourth movement, with bassoonist Rie Koyama illustrating the lonely side to Shostakovich’s demeanour, leading to the chirpier theme in the Finale, like a clown, from which Collon then took his cue to introduce other circus characters (including a slur against violas, which he said he could get away with as he, himself, was a player). The snatch from the third movement was illustrated as a rivalry between sections – strings and woodwinds cajoling each other before a strutting trumpet (Simon Cox) joins the fray – and the first movement example highlighted the trombone’s army general-like two-note motif (courtesy of Matthew Gee) with Rebecca Larsen’s piccolo piping in the jaunty march tune, which – at Service’s suggestion – sounded rather like Colonel Bogey. The whistle-stop guide to Shostakovich Nine ended with a return to his desolate flip side, with clarinettist Timothy Orpen’s mournful second-movement solo. 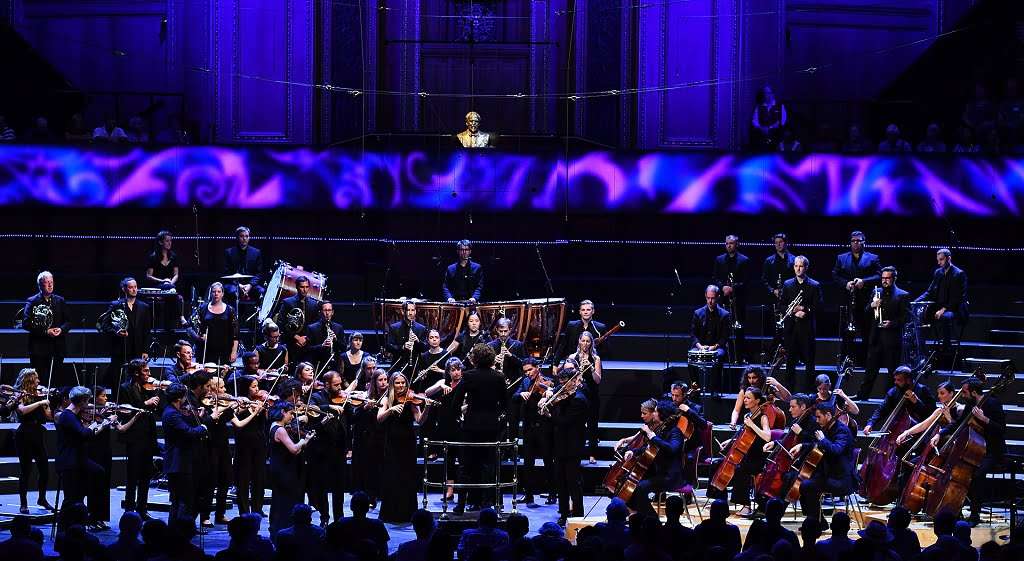 While such breathless brevity might not answer all the questions this Symphony raises, it brought the music alive and the very fact the players have memorised the score means they can move around to visually represent musical combinations (and rivalries) in an extraordinarily effective way, such as the three trombones and tuba attempting to walk a tightrope across the front of the stage (and back again) while playing a snatch from the Finale.

The performance was as vivid and alert as you could wish for; alive to every quirk in Shostakovich’s armoury, with a whip-crack ensemble that at one moment had you on the edge of your seat at its vertiginous velocity and the next on the verge of tears, as a solo pierces the sombre textures underneath. Aurora and its invigorating approach to delving into great music, aided and abetted by Collon and Service, continues to astound and elucidate.