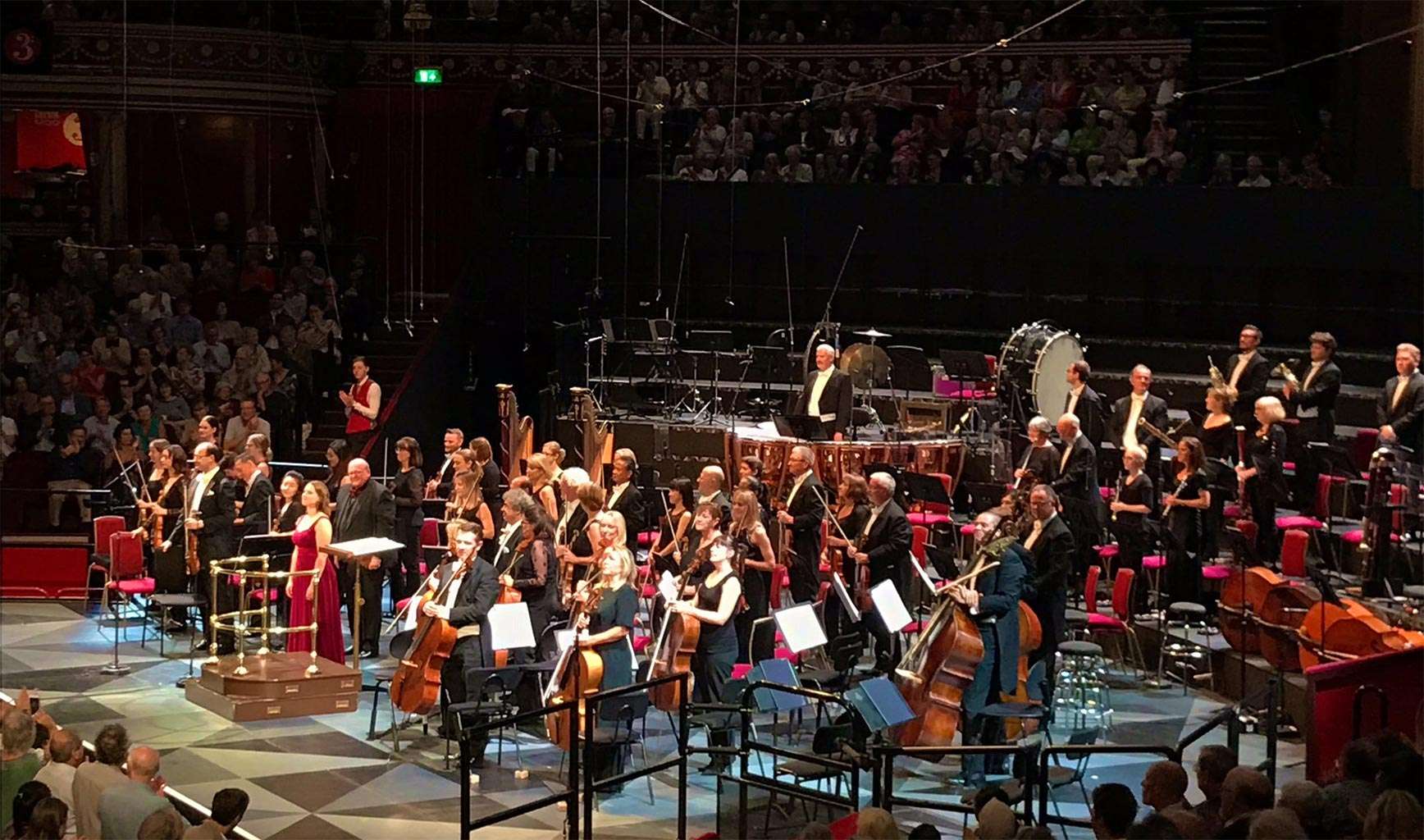 Detlev Glanert, born in Hamburg in 1960, came to music late, beginning his formal studies in composition only in his twenties – working with Hans Werner Henze for four years and then Oliver Knussen. A man of the theatre (fourteen operas to date), less immediately the concert stage, he’s carved a formidable reputation in Germany, as well as in Holland (“house composer” of the Royal Concertgebouw Orchestra) and Britain. Inspired by Polanski’s Macbeth, his Third Symphony, commissioned by the BBC, was premiered by Osmo Vänskä and the BBC Scottish SO at the 1996 Proms. Theatrum bestiarum followed in 2005, introduced by John Storgårds (replacing Knussen, who is mistakenly credited in the Proms Archive).

Glanert is someone of palpable culture, craftsmanship and social conscience, valuing traditional Western values and disciplines. Harmony, tonality and the barline, an awareness of his Teutonic heritage and Romantic inheritance – music, literature, philosophy, the Old Masters – is central to his thinking. “I am not a composer who destroys the past to create his own world. I want always to know where I am coming from, where my roots are … That makes me free.” His ‘friends’ are rarely far away: Beethoven, Schubert, Brahms, Wolf, Mahler, Richard Strauss. Companions of communion.

Subtitled ‘Music with Brahms’, Weites Land (Open Country, 2013, revised February 2018) takes the first four bars of Brahms’s Fourth Symphony as its starting point, principally the opening pairs of gapped intervals (thirds, sixths) – B-G, E-C, A-F#, D#-B. An “aesthetic experiment … a composition about Brahms with him, he helping my hand”, Glanert says. “You hear two voices – mine gambolling around with [his] eight notes, and Brahms’s. And two levels of music, a double-hearing: one an atonal shift, the other tonal.”

Scored for double woodwind (additionally piccolo and contrabassoon), four horns, three trumpets, three trombones, timpani and strings, Weites Land is audibly motivic in construction and internal relationships, its countenance predominantly lyrical and melancholic. Elements of variation and traces of passacaglia, hard to pin down, make up some of the constructional fabric. Post-neo-classic-romanticism reclines in the shadows. Earthy auto-suggestion veins the pages. 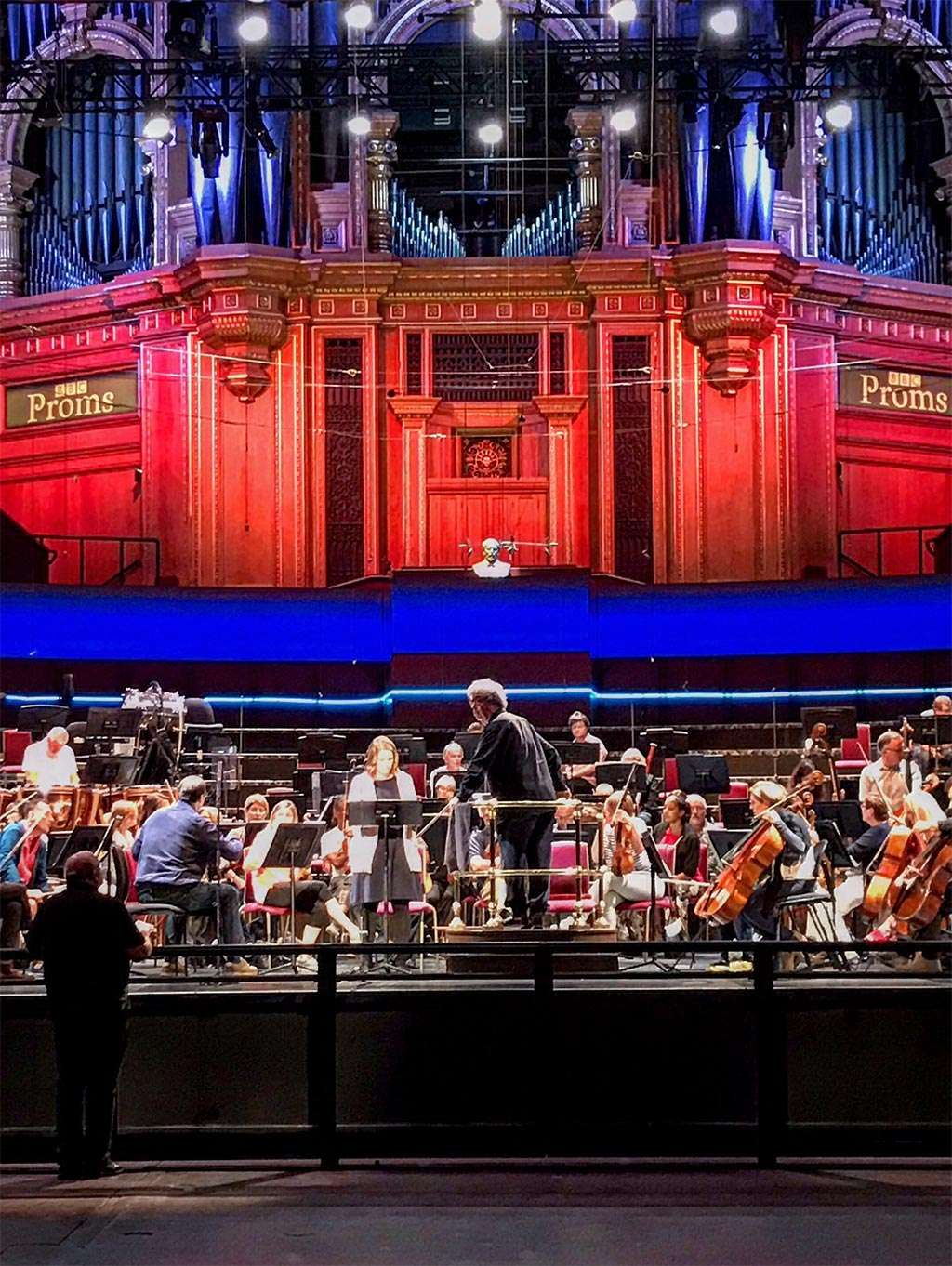 “There is much Northern Germany in it, the Brahmsian smell of marshland and wide skies”, maintains Glanert. Did I get that? I’m not sure. But curious resonances and redolence there certainly are. Once the ‘German Ocean’ landscape of Peter Grimes, pebbled Aldeburgh on a grey rainy autumn day, seemed to surface. Then, triggering the imagination, fragments of open terrain music – plains, tundra, steppe, Planet Earth – skimmed the clouds, faded like old snaps lost among the bric-a-brac of a Sunday car-boot sale. Finely wrought and orchestrated – contrabassoon, trombones and lower strings lending a growling, sensual edge to the deeper, warmer regions of the sound spectrum – the whole runs its 217-bar, eleven-minute journey with a compelling inevitability and cyclic ‘rightness’.

Economical in gesture, a master of his art, Semyon Bychkov (following up on a fine performance with the Berlin Philharmonic last September, link below) secured committed playing from the BBCSO. Tight to the beat, the whispered close, coming to rest on a descending E-minor arpeggio, senza ritardando, stopped not a moment too soon or too late. Ice-cool judgement.

Schubert’s massive, emotionally intense 1818 setting of Johann Mayrhofer’s allegoric Einsamkeit doesn’t get aired that often. Written two years after Beethoven’s An die ferne Geliebte liederkreis, it shares a superficial relationship with that work – both are divided into six sections – but is more striking as a musical construct, cantata-like, transitioning to Schubert’s great song-cycles of the 1820s. Beethoven and his poet, Alois Isidor Jeitteles, dealt in longing to be with the loved one. Schubert and his looked to isolation, loneliness – through significant stages of life: “Give me my fill of solitude … activity … good company … bliss … gloom … the consolation of solitude.”

Scored for classical forces, Glanert’s magnificent transcription (2009, revised October 2010) is a distinguished addition to the repertory, comparing comfortably with, exceeding even, the contribution of Berlioz, Brahms, Britten, Liszt, Offenbach, Reger and Webern – as the late John Steane once put it, “hardly an everyday list of ordinary hacks.” Glanert knows his Schubert with the intimacy of a lover. He takes him to the abyss of his comfort zone and orchestrates with as much a sense of period style as familiarity with works like, say, the Third and Sixth Symphonies. Yet he brings his own personality and imagination to the equation – a dramatic edge, nuances of timbre (timpani for instance, the subtly enhancing string underlay), a deep-seated awareness of a road peopled, coloured and intensified since Schubert by Mahler and Strauss not least.

Christina Gansch gave a glorious account, one of soaring tenderness, the pure bell-like sonority of her voice circling the Hall, unforced yet clear, simple rather than affected. Come the G-major of the final lines, the performance reached for heart and throat, a long reflection with Bychkov the perfect accompanist and architect, hands shaping each note, texture and cadence. “Whatever he desired, whatever he loved, whatever delighted him, whatever troubled him, sweeps past with gentle rapture, as if amid a sunset. The youth’s longing for solitude becomes the old man’s portion, and a life rough and precarious has yet led to happiness” (Emily Ezust).

Glanert – spectacled, vaguely Schubertian – took a modest bow, reluctant to take any credit for the riches he had spread before us. 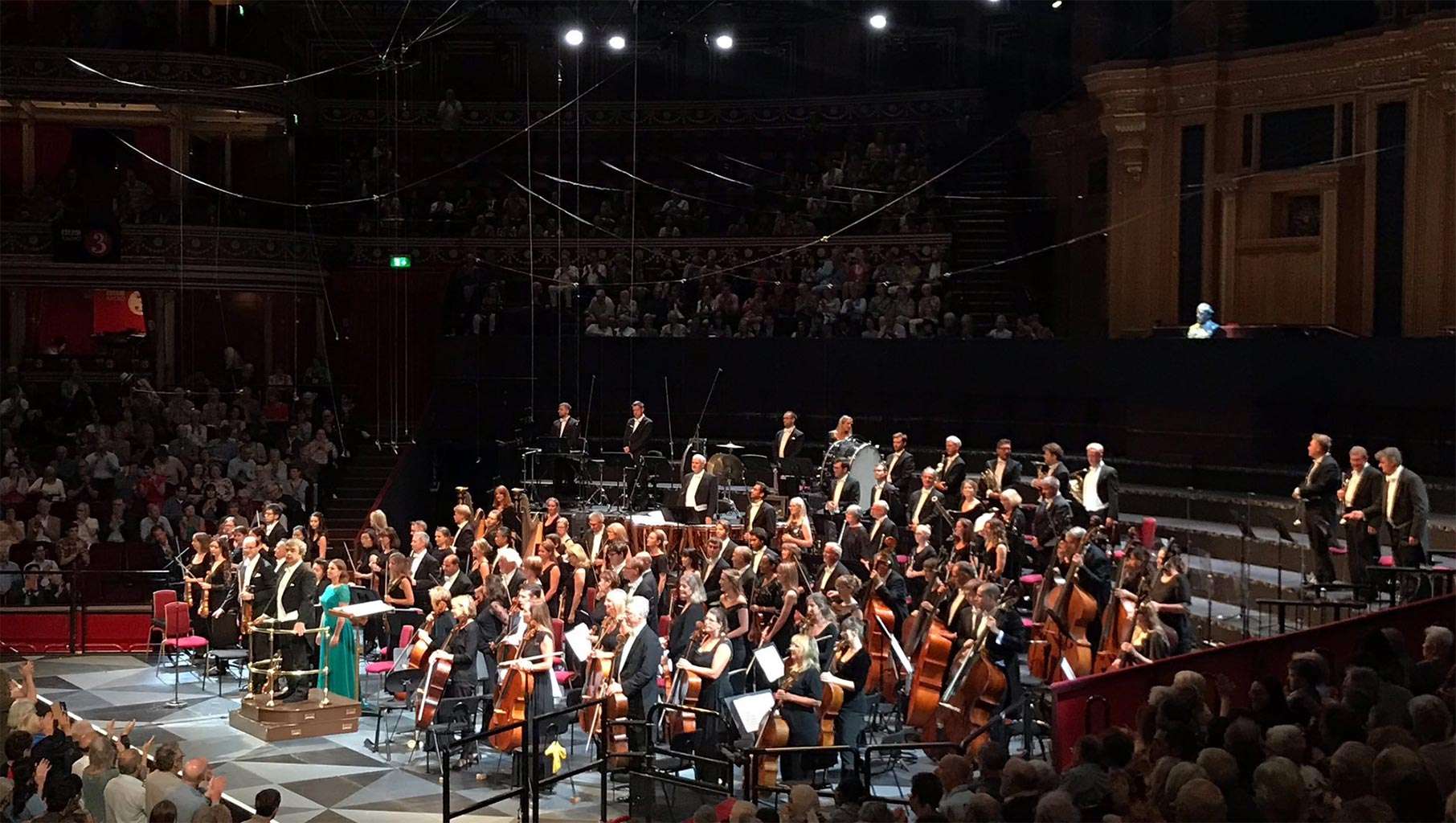 So to Mahler’s “world of yesterday” Fourth Symphony, Gansch in vernal green rather than Einsamkeit red. Again she gave a wondrously direct reading, her voice light-spun yet not without gravitas and trembled depth. One has heard the Finale done in many ways by many voices, some more winning and suited than others. Gansch struck just about the right tone and child-like balance, telling a ‘Wunderhorn’ story of horror and violence as much as “[tasting] the joys of heaven [caring not] for earthly life … there is no music, no music on earth, that can be compared with ours” (Deryck Cooke). She brought the freshness and blossom of young tone to the words, one of curvaceous phrasing and bloom – not to mention a glissando to raise a smile (Saint Ursula’s laugh, figure 14).

Bychkov (baton in the first two movements, sensitive hands in the last two) was at pains to weave every instructed detail, rubato and expressive roulade. In consequence, at times, this seemed a deliberated, over-wrought reading – while, at fifty-five minutes, being in reality quicker overall than many (Abbado, Barbirolli, Haitink, Horenstein, Rattle randomly: not that timings necessarily tell us that much given Mahler’s particularised handling of language, paragraphing and rhythm).

The outer movements conveyed demonstration tempo and pulse, inviting the music to breathe and flow, persuading the numerous instrumental solos and sections to give of their best within a fluid framework. Subterranean darkness and brooding, pain out of beauty, was at the core, the quieter, more-resigned the picture the more anguished and tangible the impact. Aside from the blazing fff vision at figure 12, from G to E-major swinging via a single B-pivot – a grand moment, timpani (Christopher Hind) in rampant attack, horns in full cry – this was acutely tensioned in the ‘tombstone’ third movement, the strings especially (a solid phalanx at 18.16.14.12.10, cellos to the right) rising to stretched nerve-ends, the high ppp F# of figure 13 suspended agonisingly above white C-major before decaying into sadness. “A Hades full of terrors”, Mahler wrote. The land of Beyond (Death?). Indeed, suggested Bychkov’s narrative, the blue back-lighting of the stage switched off.