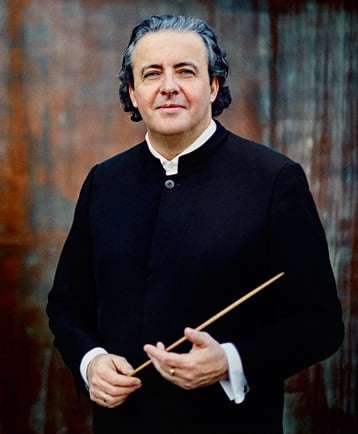 The so-called special relationship between the UK and the USA was much in evidence in this Prom, with English music that could well have been American, English music that was written in America, and American music that could only be American. It was also a farewell concert, marking the end of Juanjo Mena’s tenure as Chief Conductor of the BBC Philharmonic, and the programme showed off all his and his orchestra’s strengths.

Mena has been with the BBC Phil since 2011 and has established an enviable rapport with his players, the primary benefits being a tight but highly mobile ensemble, an impressively responsive string section, and top-class brass and woodwinds fielding many a notable solo. Mena is very keen on maintaining a light and lithe touch that hasn’t always fitted with the heavier end of the repertoire, although I recall a fine Bruckner 6 from the 2012 Proms that thrived under his guidance. His conducting style looks expansive but in fact generates from a meticulously articulated rhythmic vitality and release of detail, all filtered through a highly developed ear for colour.

All the above flowed copiously here, starting with William Walton’s Portsmouth Point, his first published (and career-making) work, and a force-field of energy inspired by Rowlandson’s vivid illustration of eighteenth-century dock-side life. It’s like early Stravinsky with added furious syncopations backed up by a large percussion section, Mena keeping this moto perpetuo show on the road with impressive, near-total discipline. Brilliantly played to accentuate its jazzy wit, the Walton was in marked contrast to the sober earnestness of Aaron Copland’s Connotations, an early-1960s piece written for the New York Philharmonic’s gala opening concert in its new Lincoln Center home (Avery Fisher Hall), which apparently baffled the guest of honour, Jacqueline Kennedy, hardly an ingratiating piece that you wonder if you’ll ever encounter it again. (Or … It’s a masterpiece when heard in either of Leonard Bernstein’s searing recordings, respectively CBS/Sony and DG, and both New York Philharmonic – Ed.) It is assertively serialist with one of those voguish, Sixties titles. You couldn’t fault the BBC Philharmonic’s clean and ferocious attack beefed up by yet more percussion. In fact, the serialism isn’t that rigorous, with many passages of sequence, imitation and slips into tonality that might have helped the First Lady get her bearings. There are also piano and celesta solos that admit a degree of nostalgia before glittering angularity takes back control. 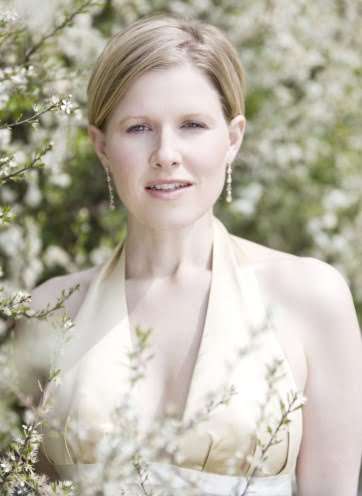 I am still torn over a preference for soprano or tenor soloist in Britten’s precocious song-cycle Les illuminations (it was originally written for the former). A tenor with edge can add a penetrating and dangerous eroticism to Rimbaud’s poems, but Sally Matthews was very persuasive. The detail of the text’s overheated imagery dissolved in the Royal Albert Hall, but Matthews deployed the decorative sighs and slides of ‘Antique’ and ‘Being beauteous’ to suggest a very French sensuality in considerable style, and with great subtlety she gave the impression of peeling away the layers of inscrutable meaning and desire. How did the twenty-six-year-old Britten know how to write this? It’s a mystery that clearly engaged Matthews. The BBCP strings were superb, tender, breezy and covering any lack of clarity in the vocal line.

Obliqueness and veiled suggestion did not figure in the two extracts from Samuel Barber’s opera Antony and Cleopatra, for which Matthews changed into a figure-flattering gold dress. The work was such a spectacular and expensive flop when it opened the Met’s first season at its Lincoln Center address in 1966 that Barber retreated from composing. It was probably a mercy that a lot of Franco Zeffirelli’s indulgent rehash of Shakespeare got even more lost than Rimbaud, not helped by Barber’s unresonant scoring. The voluptuous size of Matthews’s soprano came into its own and the singer was equal to the explicit melodrama of Cleopatra’s sex-and-death dilemma.

The concert ended with more Britten, the ‘Four Sea Interludes’ from Peter Grimes, in a performance that reaffirmed Britten’s genius as an impressionist. Mena and his musicians laid-down the flat horizons of ‘Dawn’, dabbed ‘Sunday Morning’ with virtuosic splashes of woodwind colour, brilliantly caught the hard shadows that erupt out of ‘Moonlight’ and drove ‘Storm’ at gale-force.