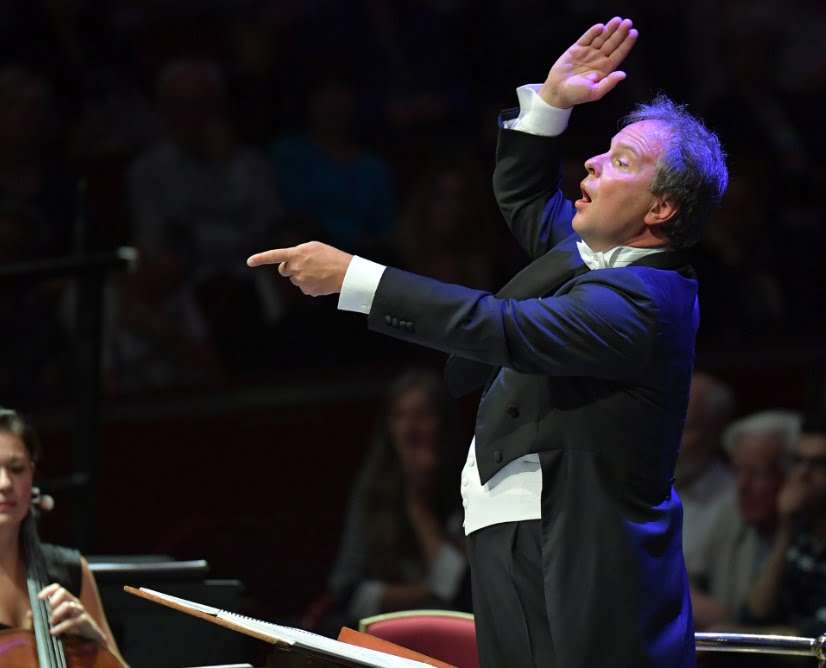 During the Proms last year, Sakari Oramo conjured an inspired and dancing Beethoven 7. In Beethoven’s Fifth he went for pace but was never glib, and if the lack of vibrato for the famous four-note opening motto pinned back the ears in surprise it was never about rejection (Norrington-style) for such ‘decoration’ arrived and departed in various degrees. It was gratifying that the performance as a whole, while encroaching on breaking the speed limit, also encompassed expressive leeway and dramatic emphases.

Authentically aware Oramo may have been, but he wasn’t dogmatic. Thus Henry Clay’s oboe soliloquy in the first movement was notably shapely and sensitive, and the succeeding Andante con moto, while flowing, also embraced meaningful dynamic contrasts as well as sentiment, grandeur and, toward the close, perkiness – the aural equivalent of fish swimming freely in a river rather than being restricted within an aquarium. No metronome here.

The Scherzo had purpose and deftness and in context of the entirety would have been welcomed twice – if questionable of course – and the Finale (with exposition repeat, as in the first movement) had splendour leading inexorably to the triumph of a finishing-post sprint, the newly added piccolo audible, the contrabassoon less so, and the trombones adding sonority. 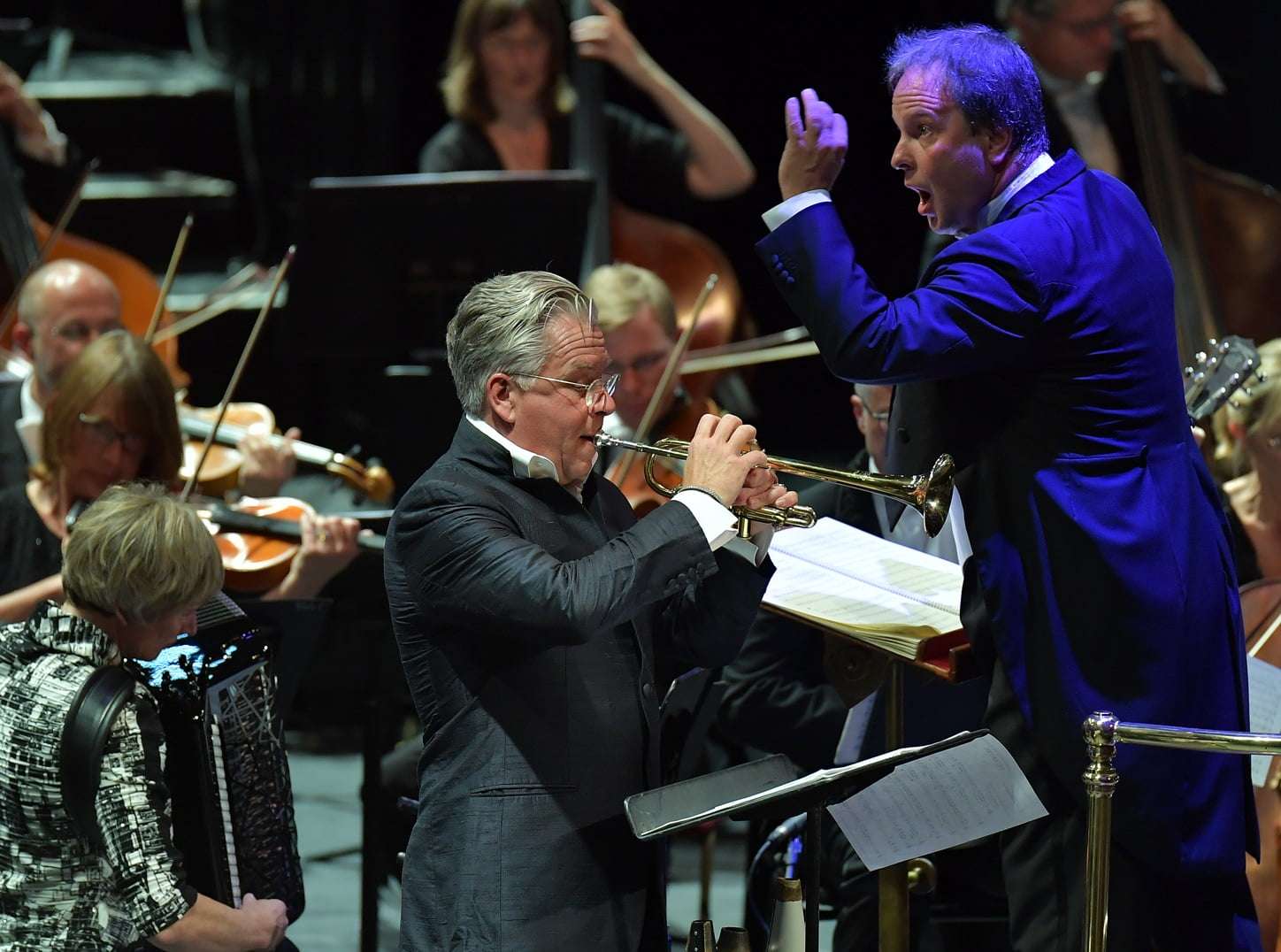 Oramo’s care for the music’s nodal points was as carefully considered as his concern for lucidity of texture, clarity a particular hallmark with aspects of the scoring that are often buried brought out vividly. The clappers got in the way following the first two movements (the other two are linked) but they couldn’t divert Oramo from his certainty of direction and the Symphony’s wholeness.

If not the reading that one might have expected (or hoped for) it was nevertheless an uplifting experience and again demonstrated that the BBC Symphony Orchestra and Sakari Oramo are a particularly powerful partnership.

As had also been the case in the first half. HK Gruber’s Busking (2007) is written for trumpet, accordion, banjo and strings. It opens with Håkan Hardenberger playing a merry ditty on just the mouthpiece of an E-flat trumpet before connecting the two. The first movement (of three, an unbroken span) is energetic, like being outdoors on a Spring day, and the addition of accordion and banjo is novel and attractive. For the slow movement, melancholy and nocturnal, Hardenberger turns to the mellow timbre of a flugelhorn, and the Finale (featuring a trumpet in C) steps lively if angularly to an inconclusive ending.

Unfortunately this uncertain finish only reinforces the feeling that although this modern-day ‘concerto grosso’ (my description) – with Paris-suggesting accordion and Mississippi-journeying banjo acting as continuo – is diverting, poignant and exhilarating, it is also rather too long (thirty minutes) for its material. There was no doubting the brilliant rendition, though, not least from the heroic Hardenberger. Although he had participated in PCM4 two days earlier, Gruber seemed to not be present in the Royal Albert Hall 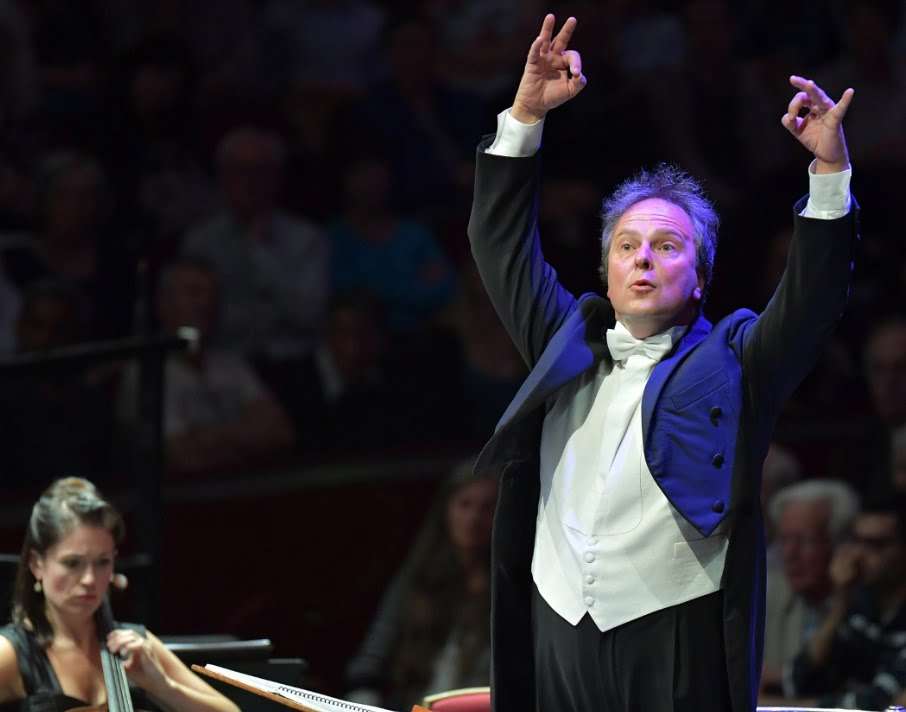 To open the concert Henri Dutilleux’s Timbres, espace, movement (1978), which takes its inspiration from Van Gogh’s painting Starry Night. Dutilleux (a centenary composer who died as recently as 2013) responds with a typical mix of illustration and rigour to create wonderfully rapturous and rich music beautifully proportioned and satisfyingly cumulative.

The orchestration boasts a colourful palette from which violins and violas are omitted. The twelve cellos have the central ‘Interlude’ (added in 1990) more or less to themselves, especially alluring, and I’d rather anticipated that the ten double basses would be retained for the Beethoven! Dutilleux’s cosmic invention blends subtlety and strength, exquisitely scored, and was handsomely revived here.