Oklahoma!
In two Acts – Music by Richard Rodgers to lyrics by Oscar Hammerstein II, based on Lynn Riggs’s play Green Grow the Lilacs 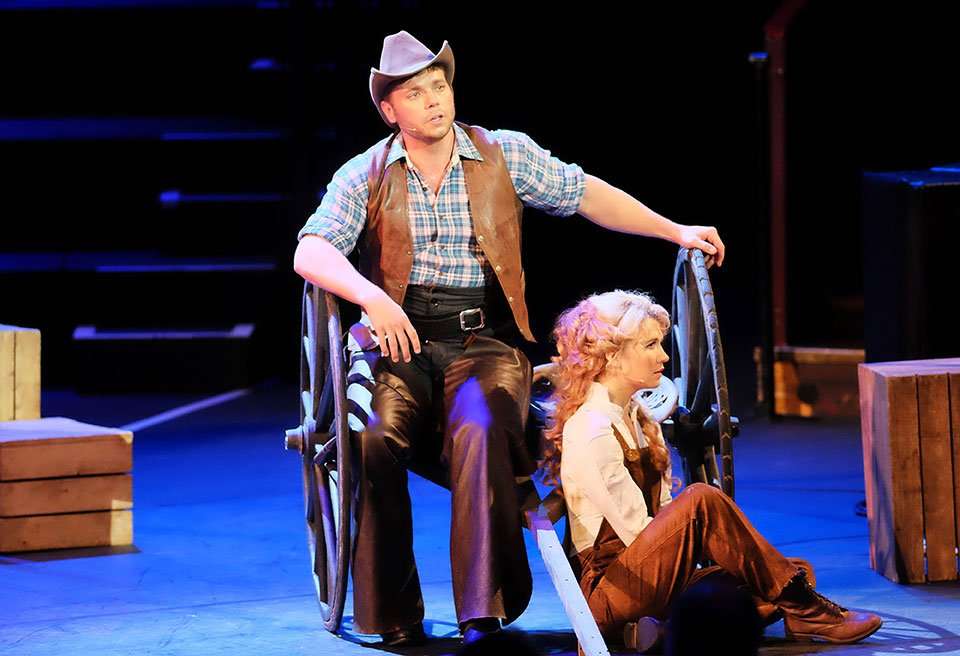 Oh what a beautiful musical! Not a Proms first (there had been a concert version given in 2002, marking Richard Rodgers’s centenary, with Maureen Lipman reprising her award-winning National Theatre performance as Aunt Eller), but the first full Rodgers & Hammerstein to be presented by John Wilson and marking the Proms debut of Rachel Kavanaugh (no stranger to cowboys though, as she has directed Oklahoma! on tour, and also delighted Open Air Theatre audiences in Regent’s Park with Seven Brides for Seven Brothers). And here full justice was done to Rodgers’s magnificent score and Hammerstein’s golden-touch adaptation of Lynn Riggs’s play.

The statement that this was a “semi-staged” performance was as inaccurate as it was for Khovanshchina. Here it was the other way round, this was about as fully staged as you could want, with Alistair David’s exuberant choreography (whether based on Agnes de Mille’s “original dances” or not – the programme was rather unclear) providing a show of dancing which is hardly bettered on the West End stage at present. The elongated video-display panels just below Sir Henry Wood’s bust provided backgrounds of corn-filled vistas, appropriately sun-bathed or moon-washed, and enhanced the claustrophobic nature of Judd Fry’s hovel by displaying wooden walls.

Below those panels, on the risers of the stage, was the John Wilson Orchestra, with Wilson so far back as to melt away almost entirely, although he seemed to be enjoying himself. He revelled in the sheer beauty and invention of Rodgers’s score, which bristled as if newly created, instrumental felicities jumping out at you, even if this (albeit lapsed) bassoon player was aghast to see that there is part for the instrument! While it was hard to tear oneself away from the action, every glance at the JWO – larger than a pit band – increased one’s wonder at the sheer style and panache being afforded the score. And to hear this music unamplified, in a well-managed balance with the amplified voices made one wonder why more (if not most) musicals in theatres couldn’t be better produced sound-wise. Wilson as a fourteen-year-old played percussion in Oklahoma! and was converted to musicals, and here he gave us “every last quaver” of the score. 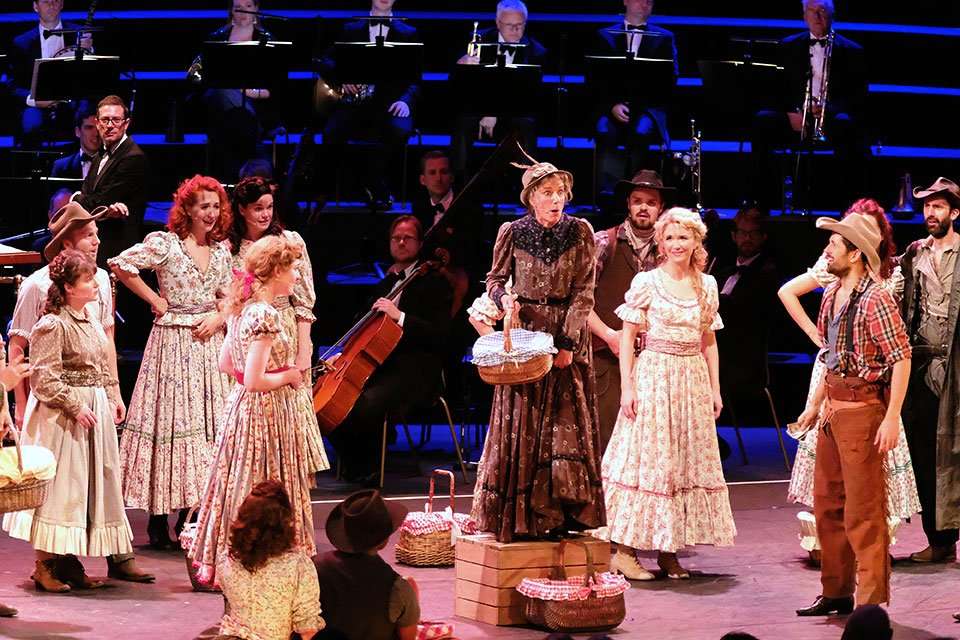 An occasional difficulty in catching both sung and spoken words aside (unusually the text was not fully printed in the programme – as it had been for Kiss Me, Kate and My Fair Lady, and there were no surtitles; nor even a listing of the numbers), this was a thrilling account.

It was very well cast. Nathaniel Hackmann as a likable Curly, Belinda Lang as a redoubtable Aunt Eller (if rather one-pitched at the barking end of the scale) and Scarlett Strallen as petulant Laurey, whose capricious playing of Curly’s feelings for her (admittedly almost as much as him to her) leads to a perilous situation with David Seadon-Young’s haunted Judd Fry. The sequence that ends Act One – fifteen minutes of pure music – in which Laurey dreams that she’s abducted by Fry was brilliantly conceived and danced. If you wanted to know how Rodgers & Hammerstein changed the face of the musical, those minutes goes a long way to explain it.

But, it’s the songs that one remembers, from ‘Oh what a beautiful mornin’’ at the start (surely the most musical spelling lesson in history), and if a couple are less well known – ‘Lonely Room’ and ‘It’s a Scandal! It’s an Outrage’ – then the rest are like being enveloped in a warm embrace by old friends.

Also outstanding were Robert Fairchild as Will – leading the dancing almost from the off in ‘Kansas City’ – and, as his all-too-easily led-astray intended, Lizzy Connolly as Ado Annie. Marcus Brigstocke was hugely likeable as Annie’s other suitor, Ali Hakim, while Melle Stewart as Gertie Cummings (one-time Curly pursuer and later Hakim’s wife) sported the honkiest laugh the Royal Albert Hall has heard in a long time.

How such precision-drilled dancing and production values are economic for just two performances – albeit sold-out – I don’t know. But I’m sure glad the BBC Proms do it; and I look forward to more from John Wilson and, hopefully, also Rachel Kavanaugh and Alistair David.

A postscript, the Arena was barely half-full (and the Gallery didn’t look much busier). Season tickets and weekend-passes were not eligible for this matinee which perhaps was an error of judgement.