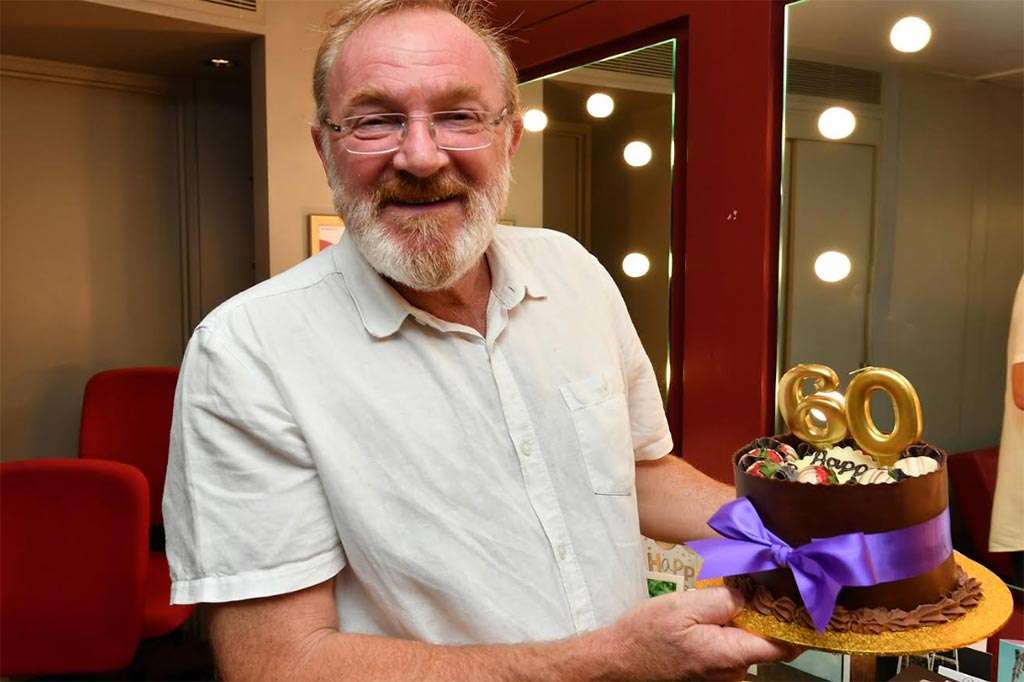 Martyn Brabbins has been conducting ensembles big and small at the Proms since 1993. His first date, with the BBC Scottish SO, included the London premiere of Judith Weir’s Music, Untangled and subsequent appearances have embraced new work by Sally Beamish, Harrison Birtwistle, Colin Matthews and many more alongside established classics. Perhaps his most formidable assignment came in 2011 when he led a rare revival of Havergal Brian’s gargantuan ‘Gothic’ Symphony. There was no Brian here but we began with a portmanteau commission to celebrate Brabbins’s sixtieth-birthday.

As the conductor explained last month on Classical Source, it was his friend and manager, Susie McLeod, who encouraged him to come up with a sizeable project to mark this milestone and the result fuses his passion for the new with his affection for English music: “I decided to commission a new set of “Enigma Variations”!! Risky, I know, but perhaps worth a try…”. Authorship of the “Theme” has remained mysterious but we do know the identity of the composer friends and colleagues asked to participate: “I was very clear with each composer that I would take a strong editorial role in the creation of the new piece. Knowing each composer’s style and personality as I do, I decided which of the original Enigma Variations each composer would model their new composition on.” All a bit ‘meta’, a bastard child of L’éventail de Jeanne informed by Elgar’s structural template and the conductor’s own proclivities. 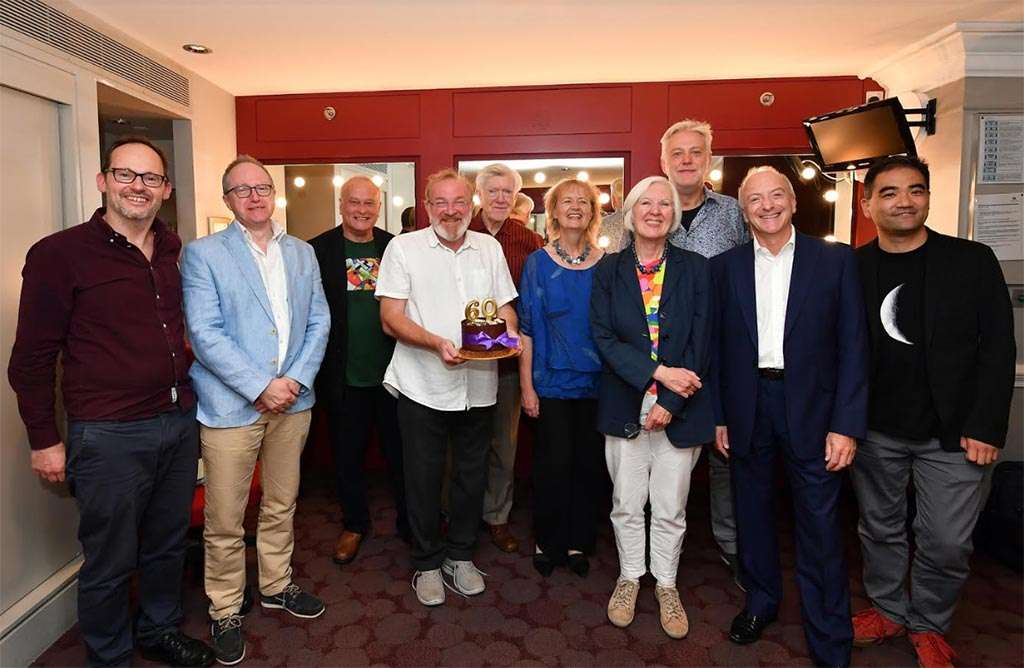 The opening Theme (by an Anonymous author), plainly taking off from Elgar’s, has a provisional, aspiring, rocking element and a more troubled second strain. There was less (in truth nothing) in the way of instant memorability but as a repository of different types of harmony and motion the material proved fertile. John Pickard provided a typically sympathetic programme note.

The first Variation was allocated to Dai Fujikura, a surprisingly lyrical take on the Theme, further augmenting the intervals into a Copland-like string threnody before faithfully transmuting the darker element. He stayed close to the Theme, mirroring the corresponding Elgar. David Sawer’s playfully brief contribution is nimble and transparent, transplanting the harmonies of the new Theme onto the rhythms of the equivalent Elgar.

Sally Beamish was offered the third, transforming the germ into something Malcolm Arnold-ish, with the emphasis on the trombone (the conductor’s own instrument) and crowd-pleasing references to the equivalent Elgar. Colin Matthews next with a frantic Pluto-like Scherzo, necessarily short to fit the scheme.

Iris ter Schiphorst proved spookier, filtering proceedings through the veil of a glissando in the second violins. Brett Dean begins with violas en masse, a reference to the playing of Isabel Fitton captured in Elgar’s original (she was in fact the great-great aunt of the organist in this performance, Michael Bawtree), before an anxious downward spiral.

Antwerp-based Wim Henderickx responded with a percussive ride, like ‘Troyte’ rewritten by Christopher Rouse. Richard Blackford’s larger canvas allows for a tripartite structure, including a central section led off by the flute and a slower sequence in which the Theme is allowed to bloom nobilmente.

Sir Harrison Birtwistle, given the impossible task of responding to ‘Nimrod’, provides a tranche of instantly recognisable primeval landscape, suitably meditative if less than melodic (or relevant?). Next a massive contrast (as in the original), Judith Weir basing her Variation more directly on ‘Dorabella’ or rather its flickering woodwind figures. Sixty of them, in honour of the conductor’s birthday, punctuate a warmly consonant treatment of the Theme. Cute and rather delightful!

Gavin Bryars, a shoo-in for ‘Nimrod’ one might have thought, was humorously ‘set up’ to provide a raucous equivalent for the noisy antics of G. R. Sinclair and his bulldog Dan, fading out in Ivesian style. Kalevi Aho begins and ends with a cello solo encrypting Brabbins’s name in arcane fashion. Not that this Finnish symphonist’s frank emotings are ever unfathomable.

Anthony Payne, tasked with emulating the mood and behaviour of Elgar’s ‘Romanza’, opted to avoid the cod Elgar for which he is inescapably famous, pursuing his personal harmonic language and substituting his own autobiographical reminiscences for Elgar’s Mendelssohn (or is it Schumann’s Piano Concerto). The rocking motion of the Theme is preserved in his own voyage.

The Finale, subtitled “The Art of Beginning” after the Longfellow quotation Elgar inscribed on the ultimate page of his score, was allocated to John Pickard. “For my own contribution, I’ve had the alarming responsibility of trying to round off the whole work with an extended Finale. I couldn’t resist throwing in one or two enigmas of my own.” Genuinely fast music with plenty of cumulative excitement and what appeared to be an allusion to the conductor’s ongoing Vaughan Williams cycle. There are probably several more.

This forty-minute pièce d’occasion was greeted with enthusiasm by a generally well-behaved full house. Many of the composers were present too (as in second photograph). 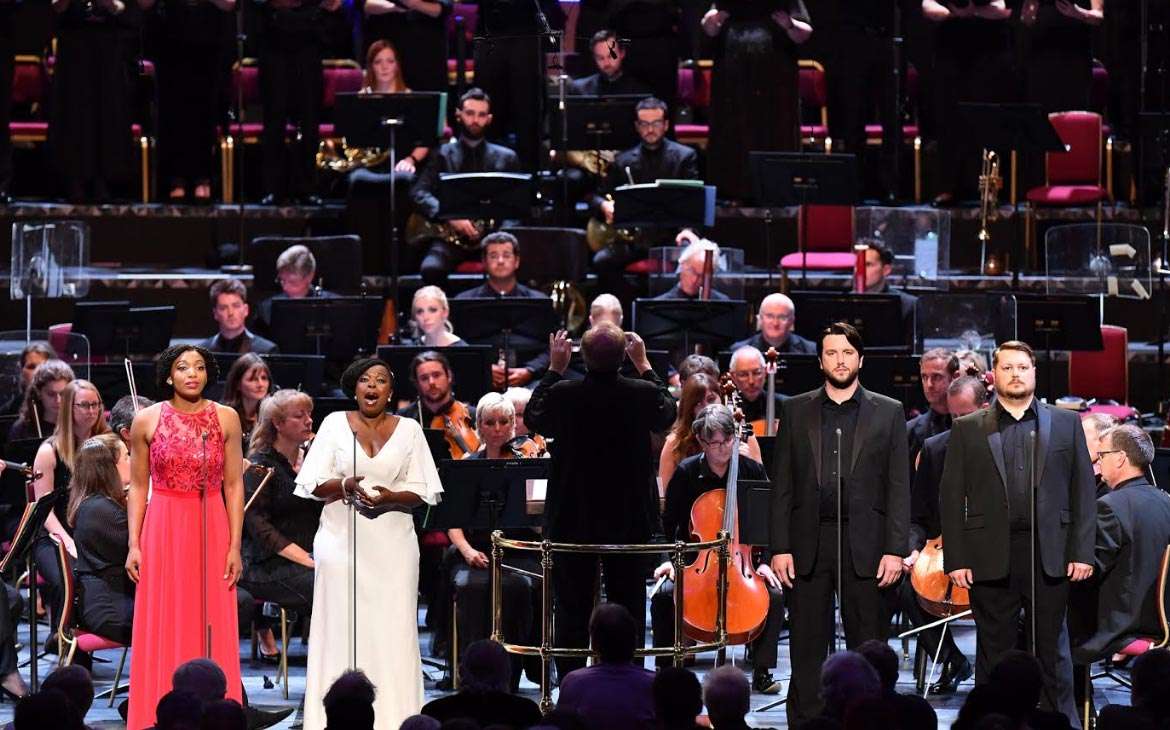 The remainder of the first half was taken up by Vaughan Williams’s Serenade to Music, music closely associated with Henry Wood and the Royal Albert Hall rather than the Proms itself. It was famously premiered at Wood’s Jubilee concert just days after the end of the 1938 Proms season, held as usual in those times at the Queen’s Hall. When Wood gave a Proms performance during the six-week 1941 season, the Queen’s Hall had been destroyed in an air-raid and the series had found its present Kensington home.

The score undoubtedly loses some of its special intimacy in the alternative versions designed to avoid the need to engage sixteen soloists, but this one, requiring four plus a choir, works well-enough when performed with the sensitivity shown here. As ever in Vaughan Williams, Brabbins did not force the pace, letting things unfold with a cool, pure inevitability. His vocalists are promising youngsters with ENO associations (all are Harewood Artists). Only the tenor could be accused of sounding ‘too English’.

Following the interval, the Brahms received a reading with similar strengths, the Elgar probing deeper. Brabbins has lately emerged as a major Elgarian, though it’s not easy to explain what makes his interpretations so special (the art that conceals art and all that). 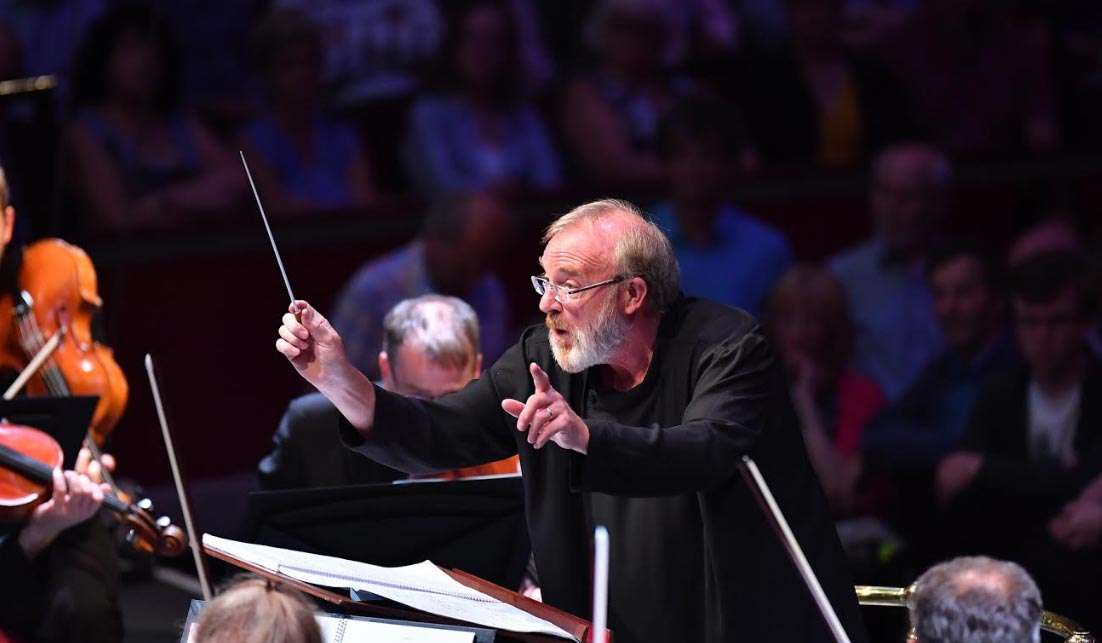 As throughout this Proms season the playing of the BBC Scottish Symphony Orchestra was exemplary, Brabbins obtaining spellbinding pianissimos to frame his deeply contemplative ‘Nimrod’. Equally wonderful was the mysterious heart of Variation XIII, more serious than usual with the throb of the liner’s engines super-evocative and an exquisite clarinet solo from Yann Ghiro. Transitions between Variations were prepared with particular care. Brabbins’s pacing was marginally slower than we have become used to, yet, as with any great performance, one was left marvelling at the truly astounding quality of the music itself.