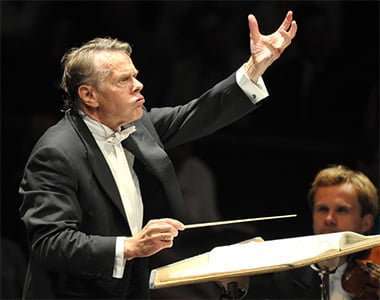 Mariss Jansons, his Bavarian orchestra and Mahler’s ‘Resurrection’ Symphony were guaranteed a full house, and the prospect was, not unreasonably, weighed down with expectation. The result, though, was more diffuse, with Jansons presiding over one of the most beautifully played performances I’ve heard but one that didn’t quite explode with the complex Mahlerian personality and drama we all know this conductor can deliver, in this and the other symphonies.

The opening was executed with such finesse of phrase and dynamics that it became a pleasure just to follow the double-bassists’ progress, and it took a while to register that other instruments were making their presence felt. Jansons braced the ear for an extraordinary wealth of detail. All the woodwind and brass solos were played with an urgent beauty, as you would expect from an orchestra and conductor of this calibre, and when you started picking up on things going on in the percussion section that you’d not heard before, you realised that Jansons was lifting our listening experience onto another level. Refinement and delicacy breathed through the quieter music, while the fortissimo passages maintained an incredible clarity.

You couldn’t help but admire the way in which conductor and players released the boundless virtuosity of Mahler’s orchestration, but Jansons’s magisterial control came at a price. In the ‘Funeral Rites’ first movement, I missed the experience of the seraphic, blue-remembered violin theme sounding like the last thing Mahler’s hero heard before he’s laid in earth. In the Ländler second movement, Jansons expressed the music’s balance between ease and 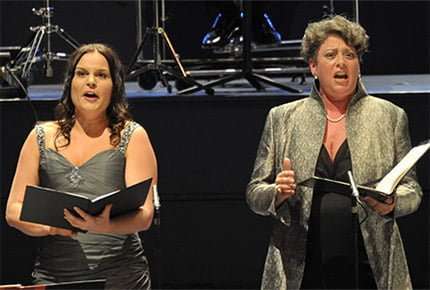 creeping anxiety, enhanced at the close by fabulously precise, quiet pizzicato playing, but the chaos that erupts from ‘St Anthony’s sermon to the fishes’ in the third movement didn’t hark back to the desolation still echoing from the first movement. The move into ‘Urlicht’, as a result, didn’t clinch the significance of the magical semitone key-shift to Mahler’s realm of ‘Wunderhorn’ innocence. After a carefully measured death-march, the music opened out into gloriously played expansive panoramas and did full justice to Mahler’s plan.

Jansons is a master of theatricality, with a faultless sense of pace and tempo, yet he chose to withhold the Royal Albert Hall’s potential for huge sonic vistas by placing the off-stage band out of sight but still too near to the orchestra rather than, say, in the Gallery. Similarly, he placed the two solo singers within the orchestra, so that – and again with utmost refinement – you immediately got the point of instrumental sound deferring to the word, as the two disembodied voices curled ethereally out of the ensemble. Gerhild Romberger was wonderfully consoling in ‘Urlicht’, applying her lustrous tone with restraint, and Genia Kühmeier brought a wonder and radiance to the “O glaube” (Have faith) section of Klopstock’s “Resurrection Ode” that went straight to the heart.

The members of the chorus, who solemnly took their seats during the composer-requested long pause after the first movement, sang their first entry so quietly you felt rather than heard it, and bass line gave an effortless depth and resonance to the chorale, with the characteristic German “sch” hiss almost eliminated. I thought that the Royal Albert Hall organ was now at concert pitch, but an electronic machine was used instead, to limited effect. The bells – the real thing, not tubular – clanged away without charisma, rather like those you hear from a German town hall.

I shall listen again to the performance, with the score, just to perceive how Jansons produced such technical beauties – but for all its accomplishment, I missed that all-important, subjective hit of identification with the music that is so vital to Mahler.