“After the success of last year’s Battle of the Bands Prom, Clare Teal returns with a line-up of musicians to showcase the very best of the current UK jazz and big band scene. She’s joined by Guy Barker and Winston Rollins to tell the story of the birth of swing, including tributes to ‘King of Swing’ Benny Goodman and the great trombonist and bandleader Tommy Dorsey.” [BBC Proms website] 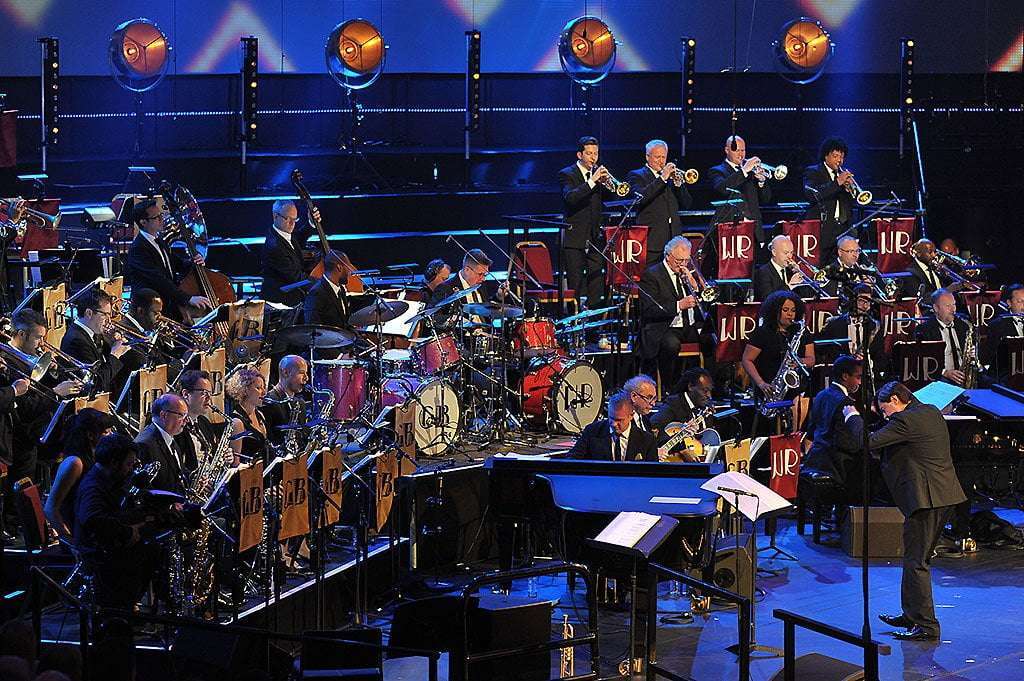 It made sense to take swing music as the focus for this year’s jazz-centred Prom. Not only is it a genre immediately identifiable in terms of sound and rhythm, but the era during which it flourished – essentially 1930 to 1945 – makes for a relatively well-defined period in the evolution of popular culture. Moreover, it shares with other such music of the early- and mid-twentieth century a relegation to ‘historical interest’ status, only to take on a new lease of life when re-discovered by a younger generation of musicians able to approach it without preconceptions.

Certainly there was no lack of talent here, as Clare Teale resumed her master-of-ceremonies role from last season’s Battle of the Bands in a programme fit to bursting with swing classics – not least the opening medley ‘West End Blues/Struttin’ with Some Barbecue’, its razzamatazz a tribute to Louis Armstrong and a formidable showcase for the combined Guy Barker and Winston Rollins outfits.

The jaunty ‘Sing Me a Swing Song (and Let Me Dance)’ did likewise for Ella Fitzgerald, neatly complemented by the sassiness of ‘Sugar Foot Stomp’ then by an alternately loose and tight rendition of ‘King Porter Stomp’ – staples of the Fletcher Henderson and Benny Goodman orchestras. The mellifluous ‘Prisoner of Love’ brought a first appearance by Jamie Davis, Denys Baptiste took the stage in a fluid take on ‘Lester Leaps In’, as did Teale in the soulful ‘I Got It Bad (and That Ain’t Good)’ long associated with Ivie Anderson. A drastic change of tempo for the headlong ‘White Heat’, itself a neat foil to the wistful ‘Smoke Rings’, before Davis returned for the effortlessly smooth ‘Marie’. Teale evoked memories of Anita O’Day in ‘Let Me Off Uptown’, engaging in (mostly) good-natured banter with trumpeter Mike Lovatt, then Davis ensured a smoother interplay with The Promunards in ‘(I Got a Gal in) Kalamazoo’, before Charlie Barnet’s Skyliner brought the first half to a bracing conclusion. 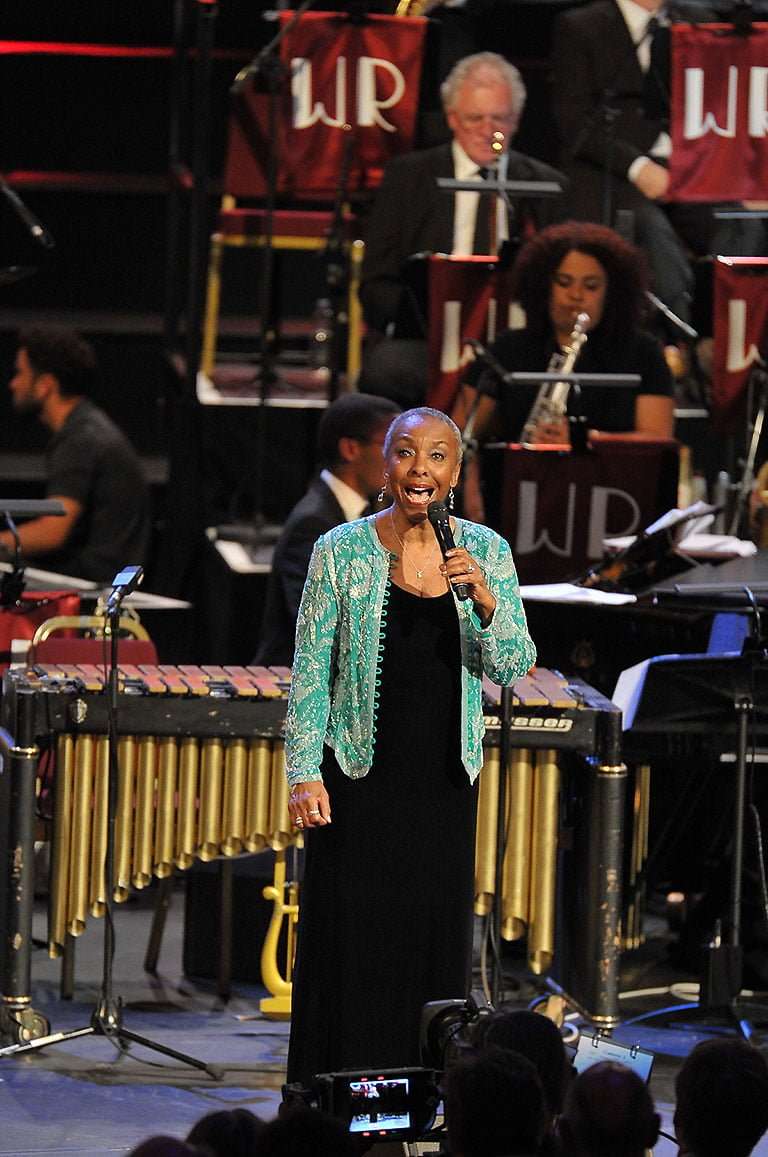 An eventful second half got going with the heady work-out of ‘Trumpet Blues and Cantabile’, enhanced by a 10-piece string ensemble, before Teale (successfully) took on the challenge of emulating Peggy Lee for the coy ‘Why Don’t You Do Right?’. Andrew Playfoot was deftness itself with the Bing Crosby number ‘Livin’ in the Sunlight, Livin’ in the Moonlight’, succeeded by the raucous ‘Opus One’ with its Buddy Rich-pervaded drumming. Further contrast came in ‘Handful of Keys’, featuring clarinettist Alan Barnes, vibe-player Anthony Kerr, pianist James Pearson and drummer Matt Skelton as the well-matched foursome, then Elaine Delmar have an insinuating take on ‘Lover Man’ – made famous by Billie Holiday – that was a highlight of the evening. The Promunards put in another appearance for the nostalgic tones of ‘What Is This Thing Called Love?’, the alternately strident and understated ‘Song of the Volga Boatmen’ providing one of the more singular numbers. Clarke Peters and the Promunards then joined forces for the annoyingly catchy ‘Minnie the Moocher’ as immortalised by Ray Charles.

So to the grand finale, a heady rendition of ‘Sing, Sing, Sing’ from all taking part providing the entrée and encore to a Proms 2015 “Battle Royal” medley as took in Glenn Miller’s ‘In the Mood’, Louis Jordan’s ‘Choo Choo Ch’Boogie’, Artie Shaw’s ‘Nightmare’, Tommy Dorsey’s ‘Well, Git It!’, Count Basie’s ‘One O’Clock Jump’ then Lionel Hampton’s ‘Flying Home’ – both bands giving of their collective best, Guy Barker having undertaken all the arrangements such as made this Prom emphatically one to remember.