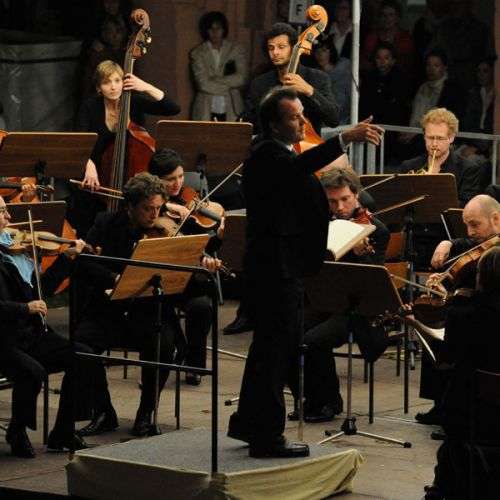 This was a Pierre Boulez Prom – as composer and arranger and then through music closely associated with him. Now aged 90 and no longer conducting, he needs his disciples and François-Xavier Roth is right up there with the best to keep the line going. David Robertson would be another.

Boulez’s Figures – Doubles – Prismes, or its basis, was first heard in 1958 and then revised to reappear ten years later. Written for a large if unconventional orchestra, the work begins with a crack and is initially sinewy and exploratory. Pauses introduce significant silence as punctuation, the music alternately beguiling and energetic, combative and ear-grabbing. Meticulous in its craft, Boulez’s demands were met similarly by Roth and the BBC Symphony Orchestra, finding the music’s intense beauty and rapidity, and uncompromising with the work’s brutal cut-off. At 17 minutes, this was a lively and engrossing account that never seemed rushed or impatient. Boulez’s own recording, from 1990, with this orchestra (for Erato and now part of Deutsche Grammophon’s complete survey of his music), takes just under 21. I wonder if he listened-in to this BBC broadcast.

Given Boulez uses the players unconventionally in their seating arrangement – effectively in three groups, like Stockhausen’s Gruppen, but differently to that, as one big ensemble requiring a single conductor – the interval came now so as to return the BBCSO to normal positioning.

It was tediously long though, thirty minutes, and what followed was fascinatingly short, about 90 seconds, if big with implication, Boulez’s orchestration of Ravel’s Frontispice. It was composed in 1918 as exactly that, a printed introduction to a collection of poems by Ricciotto Canudo. Frontispice may not have been played until 1957, as part of a concert that Boulez arranged in Paris. It is for piano/four hands – well five, crowded! – and Boulez’s arrangement is from as recently as 2007, first heard in the UK courtesy of Oliver Knussen and the BBCSO on 29 June 2012 (Boulez had made a version for small ensemble twenty years previously) – and, this time, with no half-measures, including piccolo, alto flute, cor anglais and bass clarinet (as well as more ‘everyday’ woodwinds), pairs of horns, trumpets and trombones, tuba, strings, piano, harp and tuned percussion, the latter in immediate competition here with someone dropping cutlery in one of the boxes!

The music is enigmatic and oriental – somewhat obsessive and not obviously by Ravel (whether on piano or orchestra) – if growing to powerful and glowing chords. Boulez’s scoring is sympathetic and revealing, while keeping the listener tantalised and puzzled. It may have been an idea for Roth to have ‘done a Knussen’ and played it again. But the iPlayer should satisfy curiosity, and quite often in my case; well, for thirty days. 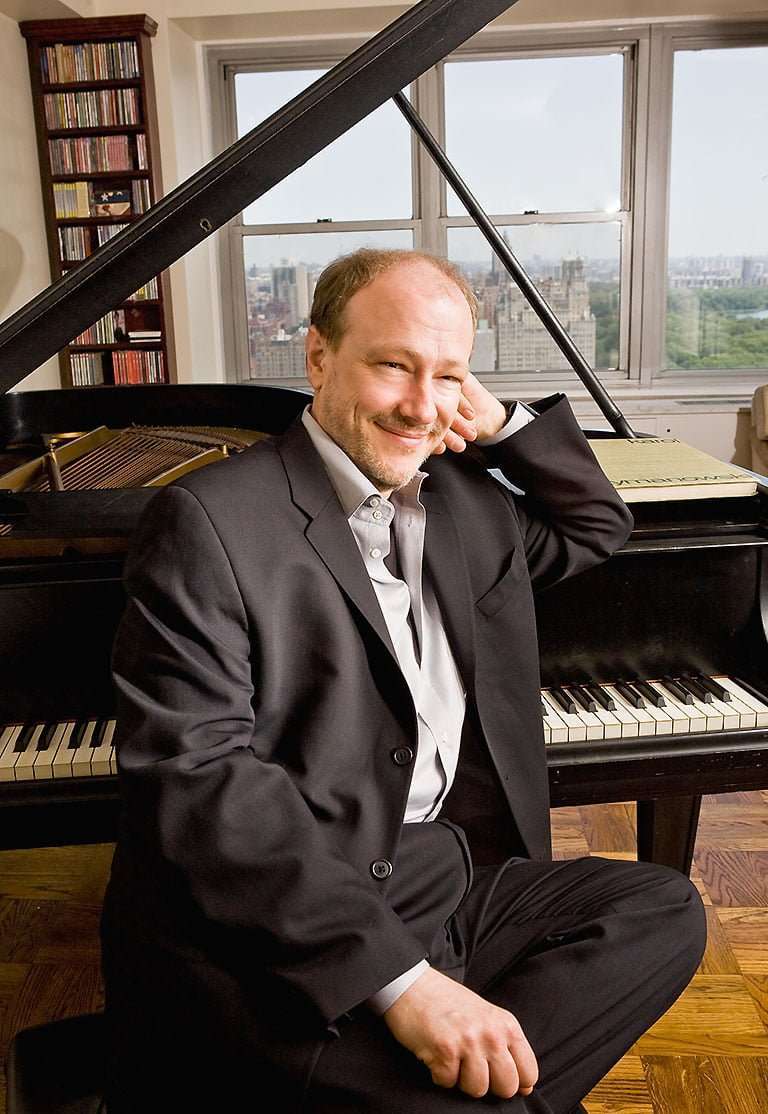 Roth stayed on the podium to welcome Marc-André Hamelin for Ravel’s Left-hand Piano Concerto, written for Paul Wittgenstein and recorded by Boulez three times, with Entremont, Zimerman and Aimard. Roth ensured that the opening was suitably ominous, and when Hamelin made his first entry it was a mixture of poise, the odd mishit and particularly thunderous bass notes. This is one of Ravel’s greatest masterpieces and if it wasn’t as peered-into as it can be, Roth certainly conjured a powerful orchestral response, the ‘jazz’ was darkly edgy, the Mother Goose-like episodes glinted in contrast and Hamelin’s dexterity was impressive – Ravel takes the one hand across the whole range of the keyboard. Hamelin came into his own – literally – during the extensive cadenza, here made to be of poignant remembrance; and it’s rare, when the orchestra returns, to perceive so clearly that the first notes (woodwinds) are thematically related to what has gone before.

Hamelin offered an encore that was truly exceptional: a magical rendition of Debussy’s ‘Reflets dans l’eau’, the opening piece from his first Series of piano Images. This was as delicate as you can imagine, yet carrying effortlessly in the Royal Albert Hall – pastel-shaded, so sensitive, and wonderfully alluring and transporting.

Stravinsky’s score for The Firebird ballet rounded-off this Prom’s Parisian connections (it was written for the 1910 French-capital season of Sergei Diaghilev’s Ballets Russes), and is more difficult to call as conducted by Roth. For all the extravagant orchestration (“wasteful” said Stravinsky), and despite the availability of three composer-compiled Suites (using increasingly smaller orchestras), the complete Firebird is a regular in the concert-hall, but it is rather astonishing to learn that it has been played at the Proms every year since 2008! It waited though until 1972 to land at this festival, conducted by, yes, Boulez, who has recorded the score twice – and there is also a DVD with him (filmed in 2010 at Musée du Louvre) – as well as the 1911 Suite.

I think what disappointed most with this Proms 2015 incarnation was that initial promise wasn’t maintained. There was much to admire, though, in the high level of preparation and the numerous expressive solos – from violin to horn via flute – and although the performance did take flight, and with a colourful plumage, there was a sagging at times that rather emphasised the longueurs of the full score. I remain smitten by two accounts that Colin Davis gave with the LSO in 2003 (in May and December) that cast a very long shadow. Certainly Roth could be persuasive, not least in making clear that this is music intended for dance; one admired his refined approach, the wide dynamic range, and the languor without-indulgence of the slower music. But there were times when clarity was to the detriment of drama, such as the build-up to the ‘Infernal Dance’, which itself was somewhat on the safe side. Although attention to detail was admirable throughout – a brushed bass drum stole my attention – the “general rejoicing” of the closing section was too jaunty and wings by now had become clipped.